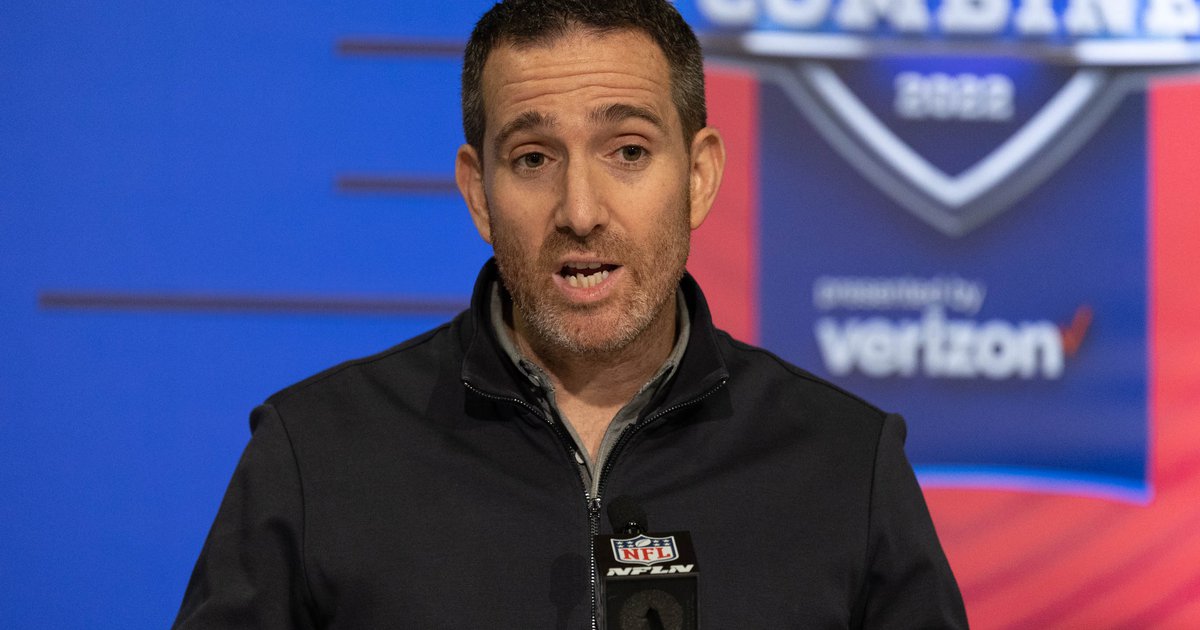 Howie Roseman and Nick Sirianni held their annual press conferences at the NFL Combine in Indianapolis on Wednesday. Here were the highlights from those sessions, and I’ll throw in my two cents on each topic.

Has their opinion of Jalen Hurts changed since they emphatically backed him as a starter in January?

Howie: “I think when you talk about all the things we talked about at the end of the season, nothing has changed. I think what really has changed for us is the opportunity to add.

“This is a great time of year for the Philadelphia Eagles, for us, for our staff and being here and really getting everyone involved in the draft process. The start of free agency is up and coming.

#JimmySays: In other words, Hurts is the starting quarterback, until he isn’t. (I do think Hurts will be the starter in 2022.)

On the quarterback traits that Sirianni values

“I think there is no question that Jalen Hurts has the arm strength to make all the throws. He’s well above the line to be able to make the throws, whether it’s Atlanta in the first game of the year or in Philly the last game of the year with some different type of weather.

“He has amazing ability to create, whether things break down and the receiver might not get open or there is a breakdown in the offensive line. What we saw throughout the year is not only can he create with his legs and make big plays with his legs, as the year went on you saw him become a weapon when he would move in the pocket, create in the pocket, and find his receivers down the field.

#JimmySays: During the season, Sirianni had mentioned those four traits — in that order — but he wasn’t on the record, so it wasn’t something we could run with. I’m glad it’s now public, and the fact that he has now repeated it means that it’s not just an off-the-cuff priority list.

Open to trading for a quarterback, like Deshaun Watson?

Howie: “Well, I think it goes to the question that we started this press conference on. We have Jalen Hurts, who’s a 23-year-old quarterback, who led his team to the playoffs, and he’s going to get better and better He’s going to do everything possible to get better, and we have to do our part in that.

“In terms of players on different teams, no matter what position, don’t feel comfortable, can’t talk about players on other teams.

#JimmySays: So, again, the Eagles can say Hurts is their starter, but it really doesn’t mean much. If there are opportunities to upgrade on Hurts, the Eagles are going to explore those avenues.

Sirianni: “We have been in communication, we’re hopeful. There has been no final decision made. The keg has been sent to his house, and I think it got delivered today courtesy of Lower Merion Beverages, so appreciate them helping out with that.”

#JimmySays: It feels a lot like Kelce will be back for the 2022 season.

The need for pass rushing improvement, and the strength of this edge rusher class

Howie: “I have to learn from some of my mistakes I’ve made in the past, so in terms of talking about strengths of a draft class, I don’t know that I want to go there. There are good players at every position in this draft.

“In terms of the sack number, it’s also how you want to play, right? And for us, we want to get pressure on the quarterback. It’s not only the sack numbers, you know that. There are other ways to judge that.

#JimmySays: The quarterback discussion aside, pass rushing help is the Eagles’ biggest need this offseason, and I think the Eagles recognize that.

The wide receivers they like on the roster, beyond DeVonta Smith

Howie: “Well, when you look at Quez [Watkins], I think Quez had a heck of a year, really, when you look at him and really transitioning to a position he didn’t play in college as a slot receiver. The guy is extremely talented, extremely hardworking.

“We talked about it at the end of the season; we need Jalen [Reagor] to take another step. We need Jalen to do some of the things we drafted him to do. He knows that. There’s no secret about that. We’ve told him the same things.

“I guess after that, it’s opportunity. Now, when we go through this draft, obviously it’s a really good draft class. We have 10 picks. We have nine through the first five rounds. So, you’ll have opportunities in the draft where you’ll go, ‘Hey, that guy is a good fit for what we’re doing offensively. That guy is a good receiver, and we’ll see how free agency goes, as well.'”

#JimmySays: I’d be surprised if the Eagles didn’t add wide receivers both in free agency and the draft. They only have two playable guys right now.

Has there been a higher priority placed on the linebacker position?

Howie: “We want to have 22 good starters. So, it’s not like we’re sitting there going, ‘Let’s have really bad players at a certain position.’ I think when you look at our defense and the role of the linebackers, Coach Schwartz, who obviously was a phenomenal defensive coach for us, there were three off-the-ball linebackers.

“The definition of what our linebackers are doing have changed with Coach Gannon [Eagles Defensive Coordinator Jonathan Gannon]† And, again, we have to find players that fit our coaches’ scheme. That’s the most important thing, that we’re finding players that fit what we’re trying to do offensively, defensively and on special teams.

“Obviously TJ [Edwards] had a heck of a year, a really good year. We have a bunch of other young players at the position, and we’ll just see what happens in free agency and the draft. We’re grading linebackers just like we’re grading every other position.”

#JimmySays: Linebackers are asked to do more in Gannon’s scheme than they were in Schwartz’s, and it was interesting to hear Howie acknowledge that. If there were a year I’d say it’s possible that the Eagles draft a linebacker in the first round, it’s this year, since (a) they have three first-round picks, and (b) it’s a strong linebacker group. Ah, who are we kidding? It’s probably not happening.

Should the Eagles be careful about drafting players to the scheme, especially when Gannon almost got a head coaching job elsewhere?

Howie: “He’s a phenomenal coach, a phenomenal person, and really excited that we’re going to have him back because we’re probably renting him. He’s that good of a coach and that good of a person. But I think when we look at it, the way that we’re playing defense and the way that he wants to play defense and our coaches want to, it’s something that’s sustainable. the future we had to do something different.

“I think that’s important, because we don’t want to get in a situation where if we lose one person, now all of a sudden, we have to start over from scratch. We can’t do that. You can’t do that in this league. So, I don’t think that’s going to be an issue.”

#JimmySays: The Eagles have made the mistake of drafting players for specific roles within a scheme in the past, notably during the Chip Kelly years.

Is Andre Dillard on the trade block?

Howie: “It’s hard to find offensive linemen who can move and who can bend. The amazing thing is Andre is working out every day right now. I’m not allowed to really talk to him about anything, but you can see, he looks great. Upper body, lower body, he’s really determined.

“We started 15 guys this year. Now, I’m cheating on that number a little because we started five guys in the last game of the year, but I like when I say 15 guys. But at a minimum, we started 10 in games that we really needed them, and that just shows you can never have enough offensive linemen.”

#JimmySays: He sure is on the trade block, but the Eagles aren’t just going to give him away.

On having prospects shoot free throws during their meetings

Sirianni: “So last year I don’t think everyone liked my rock, paper, scissors stuff last year. No, but in all seriousness, if we can figure out when we get in there a little bit of their competitiveness, if we can get a little sense of that, that’s a plus, right?

“We’ll do what we need to do to do that. Do you always get that answer by shooting five baskets before they start off?

“But in my past, I think I’ve told the story about my experience with [Eagles QB] Gardner Minshew when he came into Indianapolis and the shooting that we did. Now, it was on a 10-foot hoop and we were in our indoor facility shooting baskets, and I got to know a lot about him from that.

“And look, it benefited us this year just me knowing a little bit about him and what makes him tick a little bit.

“But, again, you might come away from that and say, ‘I didn’t get anything from that.’ It does lower the guard of the player a little bit to know that we like to have fun, we like to compete, and now let’s get into the interview and get more of that information of what we want about your love for the game, your knowledge of the game, et cetera.”

#JimmySays: I like it! If you can get a player to loosen up and just be themselves, you can maybe get a better read on what type of person they are. It’s smart.