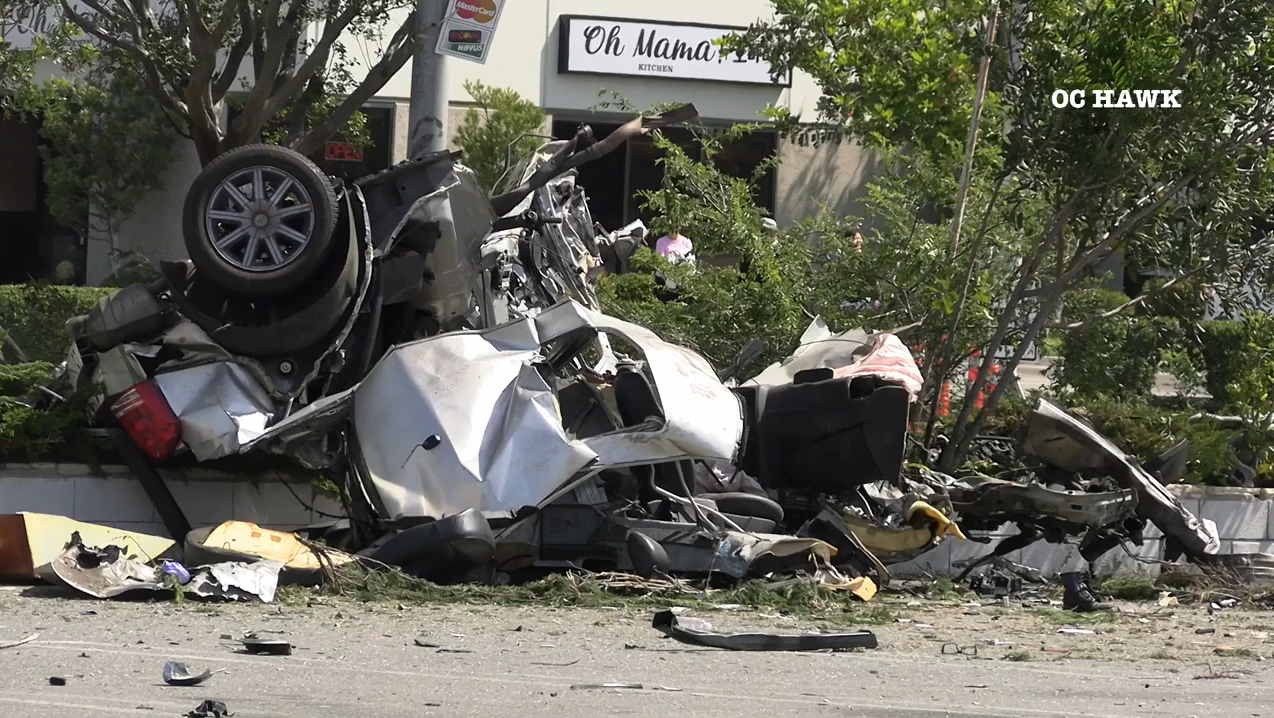 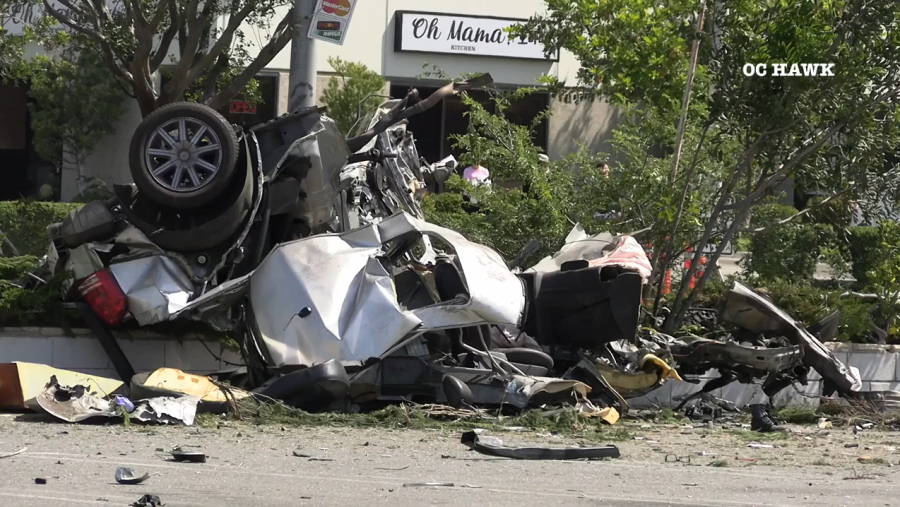 Two people were killed in a violent accident in La Mirada on Saturday morning.

The accident happened around 7:55 a.m. at the intersection of Rosecrans Avenue and Beach Boulevard.

Los Angeles County Sheriff’s Investigators said the vehicle, believed to be a gray 2008 Chrysler 300, was traveling east at high speed on Rosecrans when it collided with a fire hydrant and utility pole.

Video of the scene shows tire tracks leading to the rest area of ​​the sedan, which was ripped to shreds with debris scattered across the roadway.

Both the driver and passenger were killed at the scene, LASD said. Their identities have not yet been released, but authorities said the driver was a man and the passenger was a woman in her 20s.

The two were thrown from the car and it is not clear, according to LASD, whether they were wearing seat belts.

“It is not known whether alcohol and/or drugs were the cause of the collision,” the LASD added in a press release.

Anyone who witnessed this collision is requested to contact the Norwalk Sheriff’s Station Traffic Detail at 562-863-8711.