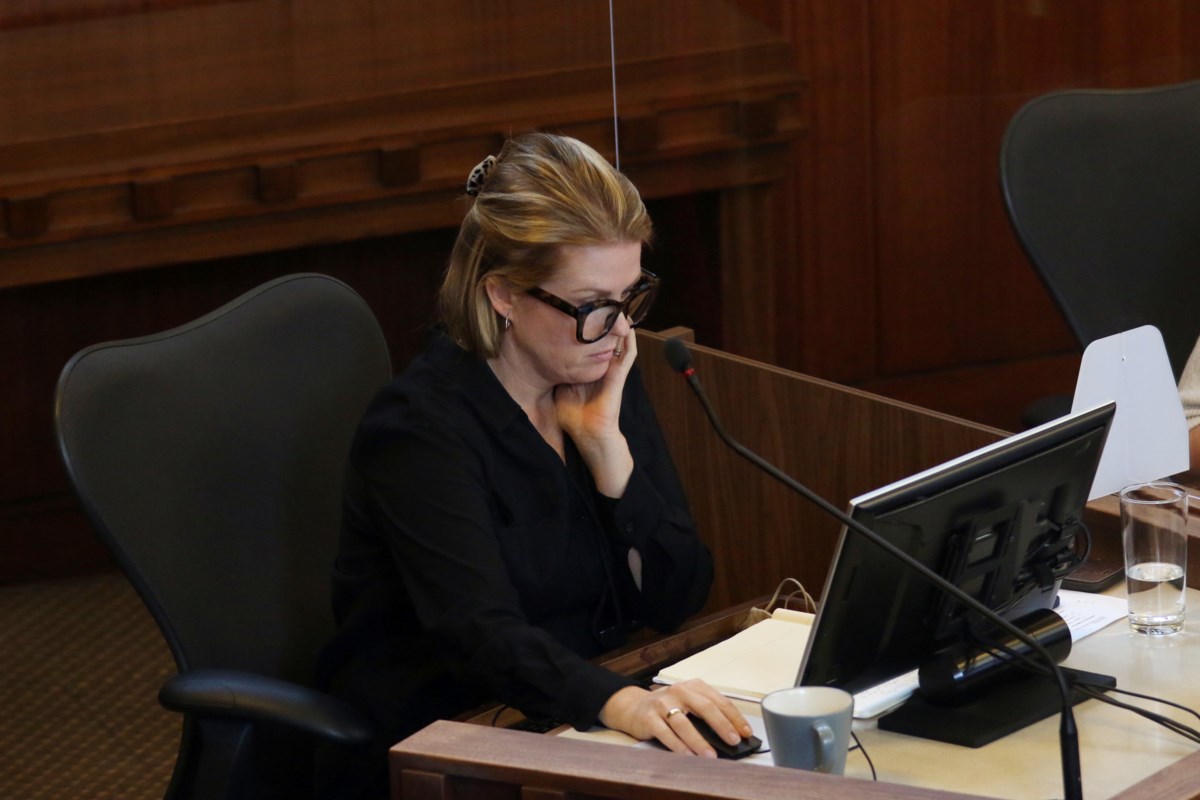 Rebecca Bligh: ‘We’re not saying don’t do it, we’re just saying let’s do it a different way’

The new 25-cent fee that all licensed food vendors in Vancouver must charge customers on disposable cups will remain in effect despite a move on Wednesday by four city councilors to have it scrapped.

Council voted 7-4 to keep the fee after Coun. Rebecca Bligh unsuccessfully attempted to amend a clause in a series of recommendations by city staff aimed at reducing the use of disposable cups and having businesses accept and adopt reusable cups.

Bligh, whose move was supported by councilors Lisa Dominato, Sarah Kirby-Yung and Melissa De Genova, pointed out the fee goes to businesses and that the city can’t dictate what the profit should be used for.

“At the end of the day, we’ve got multinational chains collecting millions and millions of dollars — with zero accountability — right out of the pockets of the people that live in our city,” said Bligh, who requested in January that staff take a second look at the bylaw.

“That’s what this has created. So we’re not saying don’t do it, we’re just saying let’s do it a different way. And if council can’t get around that kind of common sense, I think it’s disappointing.”

The four councilors pointed to confusion among customers and vendors related to the fee, how it penalizes people on low incomes and that many businesses had already introduced reusable cups and adopted cup share programs prior to the fee coming into effect Jan. 1.

“These policies are tough because it’s where climate butts up against equity,” Kirby-Yung said. “Everybody wants to speak to both but we can’t abandon equity and leave it behind. I think I described it earlier [in the meeting] as champagne environmentalism.”

Coun. Jean Swanson disagreed, saying the vote couldn’t be described as equity versus the environment.

Mayor Kennedy Stewart said he couldn’t support Bligh’s amendment largely because businesses had already invested money to prepare and implement the fee, which is the first of its kind in Canada.

He pointed to comments from Greg Wilson of the Retail Council of Canada who told council during the five-and-half hour session that scrapping the fee would only mean more costs for businesses.

†[Costs for] point-of-sale systems, menus, menu boards and signage have been significant,” Wilson said. “Essentially, no business has likely made up the January 1 costs and fees paid up to date. Undoing that would result in another whole set of costs for business.”

‘Bad for the planet’

Stewart said scrapping the fee would gut the city’s commitment to reduce waste, “which is bad for the planet and also hard on the city because the Delta landfill [where Vancouver’s waste goes] is nearing capacity.”

In the end, council voted 6-5 to implement all the recommendations in a staff report, which include all vendors having to accept customers’ reusable cups for drinks order in-store by July of this year.

Free drinks obtained through gift cards, vouchers or donation programs operated by non-profits, charities and businesses will be exempt from the cup fee, as of March 29.

Staff will also continue to work with non-profits and businesses to develop and expand cup-share programs for the same group of citizens who can’t afford to pay for a coffee, a reusable mug or the 25-cent fee.

In addition, staff will report back to council within 18 months with potential options for requiring businesses to provide reusable cups for drinks ordered to stay and to participate in a reusable cup-share program for to-go drinks.

The city also brought in a separate bylaw Jan. 1 that requires businesses to charge 15 cents for a paper bag, or $1 for a new reusable shopping bag. That bylaw has been less controversial, although Wilson raised concerns in his remarks Wednesday.

“There is no ability provided in the bylaw to allow us to promote the use of reusable bags,” he said. “We cannot discount reusable bags, put them up for sale or provide them free on Earth Day as examples. That’s an error, in our view.”