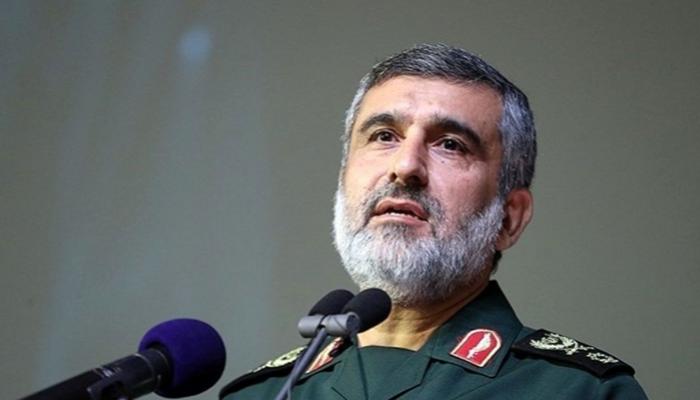 A senior commander of Iran’s Revolutionary Guards admitted on Monday evening that more than 300 people had been killed in the recent protests.

“We have lost more than 300 people between martyrs and dead in recent events, due to the death of Mahsa Amini,” said Iranian Revolutionary Guards Air Force Commander Brigadier General Amir Ali Hajizadeh in his meeting with students. from Rajai University in the capital Tehran.

The word “martyr” is meant to refer to the killing of security personnel, while the word “killed” was used to refer to protesters.

Iran’s official recognition came late, as popular protests against the Iranian regime entered their third month, against the background of the killing of the Kurdish young woman, “Mahsa Amini”, by Tehran’s morality police for failing to wear the veil.

Brigadier General Hajizadeh added: “Everyone was affected by this girl’s death, and no one is happy about what happened to her, but because of this incident, although he didn’t have accurate numbers, but what I can confirm is that we lost over 300 people in these recent events.”

Ignorance of the security services

Brigadier General Hajizadeh also acknowledged what he described as the “ignorance” of the security services about the plans of what he described as “enemies” to move the protests, saying: “Those misled by recent events are not enemies of the revolution, they must know the enemy.”

“Why don’t we have an ‘enemy studies’ course in universities and education?” he said, threatening sympathizers of the protests. of his words, he must be held accountable.”

The Revolutionary Guards commander also believed that “shooting, stabbing and throwing Molotov cocktails is not a protest or a family fight, it is a war”.

In a related context, Iran’s human rights organization “Hrana” said tonight that the death toll from the protests has risen to 451, including 63 children and 60 security personnel, and the same organization said 18,173 people have been arrested.

Iranian Foreign Ministry spokesman Nasser Kanaani said on Monday that Tehran will not cooperate with the UN Commission of Inquiry approved by the UN Human Rights Council.

Iran describes the demonstrators as “rioters” and attributes the start of the protests, entering their eleventh week and their continuation, to foreign governments, and the Iranian judiciary issued a death sentence against a number of detained protesters.

And last Thursday, the United Nations Human Rights Council voted to set up a commission of inquiry, to be formed in the coming weeks, referring to the “hundreds of deaths” during the crackdown on peaceful protests.

The United Nations Children’s Fund (UNICEF) responded to the deaths of children and adolescents in these protests by issuing a statement calling for an end to all violence and abuse against children in Iran.

Despite the crackdown, popular protests against the Iranian regime continued in several cities, including Tehran, Shiraz, Mashhad, Sanandaj and others.