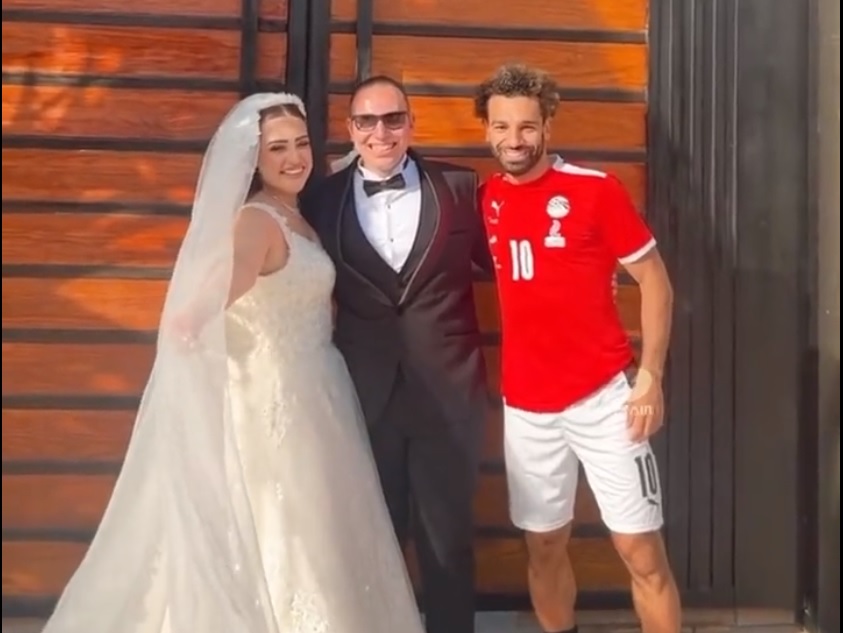 During the departure of the delegation of the Egyptian team to the residence hotel, there were two brides who took some pictures of the wedding before the ceremony, and Salah stormed the photo session of the newlyweds, took a private photo with them and then ran to laughing. join the gathering place of his colleagues in the Egyptian team.

Mohamed Salah had joined the Egyptian national team in preparation for the Niger and Liberia matches after missing the last two matches of the “Pharaohs”, the results of which were the reason for the resignation of national coach Ihab Galal, after losing of Ethiopia 0-2 in the second round of Group D competitions in the qualifiers. Africa Nations 2023, and for South Korea 1-4 friendly.

It is noteworthy that Portuguese coach Roy Vitoria took responsibility for training the “Pharaohs”, succeeding Ihab Galal, on July 12, and the Pharaohs are preparing for the qualifiers for the African Nations Cup final in Côte d’Ivoire next year, and the “Pharaohs” are currently fourth in Group D by three points, one Goals difference, behind leaders Ethiopia, second Malawi and third Guinea.