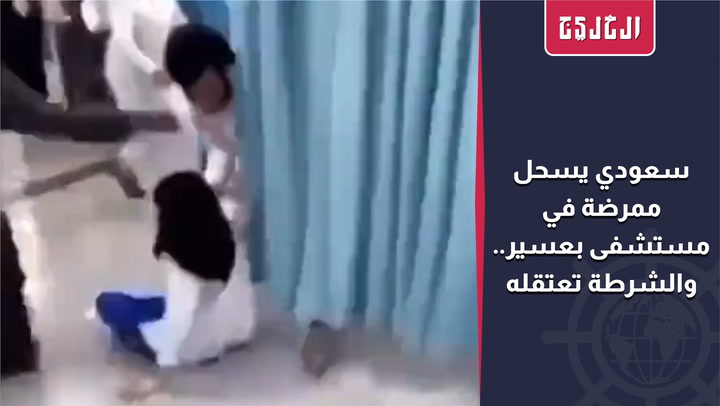 On Friday, Saudi police announced the arrest of a person who appeared in a music video and beat and dragged a nurse at a hospital in Al-Majardah Governorate in the Asir region.

And social media released a video clip documenting the incident, in which the person, a Saudi, beats a nurse in a hospital and, despite her pleas and screams, drags her to the ground to stop the attack, at a time when people tried to stop him. , but he did not respond to them, and he continued his attack, causing chaos in the hospital.

The video sparked outrage on social media from users who demanded the swift arrest and punishment of the perpetrator.

Hours later, police in the Asir region confirmed the aggressor’s arrest, took legal action against him and referred him to the Public Prosecution Service.