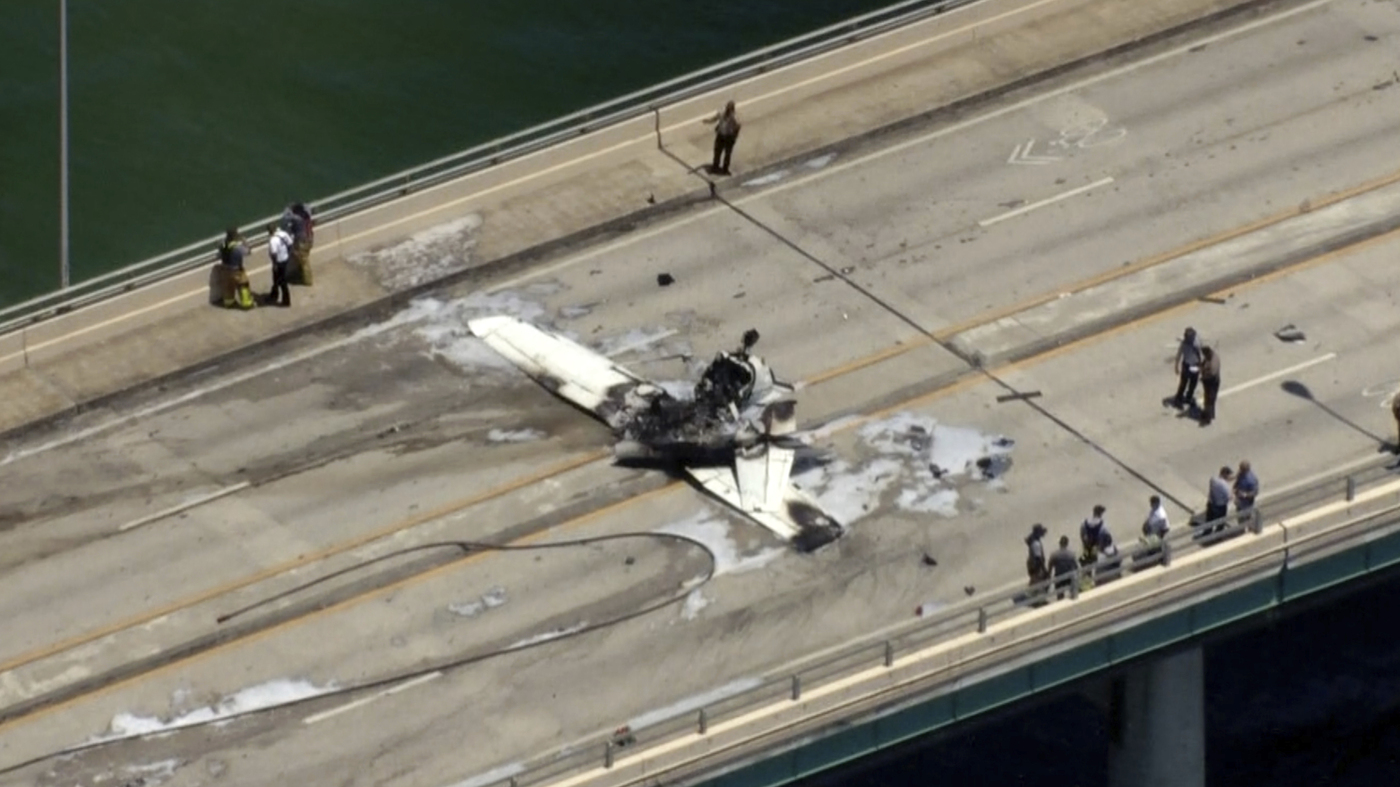 Emergency services respond to a minor plane crash in Miami on Saturday.

Emergency services respond to a minor plane crash in Miami on Saturday.

MIAMI – A small plane with three people on board crashed into a bridge near Miami on Saturday, hitting an SUV with three occupants, the Federal Aviation Administration reported.

The single-engine Cessna 172 took off from Hollywood-Fort Lauderdale International Airport en route to Key West and soon lost power, the FAA said in a statement. The plane caught fire after the crash.

Two people on board the plane were taken to a trauma center and three people with non-life-threatening injuries were taken to a hospital, according to Miami-Dade Fire Rescue. The department said the Miami-Dade Police Department would provide information about the sixth patient. The Miami-Dade Police Department’s Public Information Office did not answer multiple calls, and according to a recording, no voicemail box was set up.

Drone video on social media showed the plane crumpled up on the Haulover Inlet Bridge with a damaged SUV nearby. A man can be seen clambering out of the plane and being helped by others to the side of the roadway just before the plane goes up in flames.