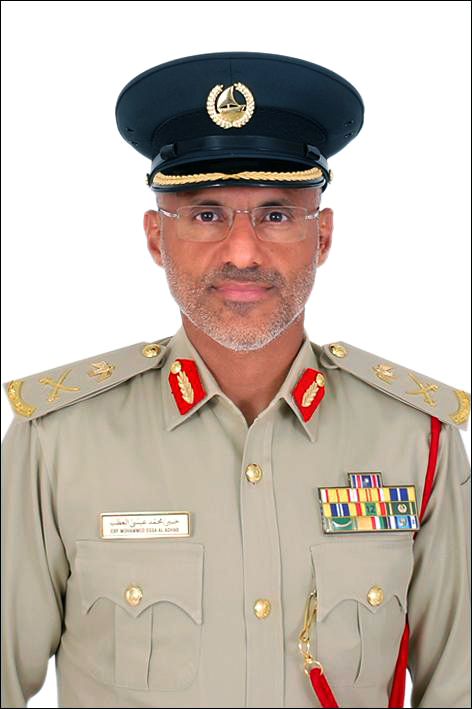 Two officers from the Dubai Cavalry Police Station were able to track down a gang specializing in thefts after they suspected a car was being driven by the accused. crimes.

The Assistant Commander in Chief of the Dubai Police, Major General Khalil Ibrahim Al-Mansoori, praised the high sense of security and intelligence of the two officers, Captain Youssef Muhammad Al-Mulla, and First Lieutenant Ahmed Rashid Al-Kaabi of the rank of the cavalry police station, who were able to track down the suspects and arrest them as quickly as possible.

In detail, the director of the cavalry police station, Major General Muhammad Issa Al-Adab, said that during an inspection tour of the Rashidiya police station, the two officers suspected a car was driving in a suspicious manner. from the sign posted on it and registered in the traffic system, indicating that they tried to stop the car, but the driver refused to follow the orders and drove off.

Major General Al-Adab indicated that the two officers had contacted the Command and Control Center and that the car was being driven around and followed by patrols until they were able to stop it and arrest 3 Asians on board, suggesting that the police from Dubai seized instruments used in theft crimes in the Asians’ car.

He pointed out that the seizures confirm that the arrested people were preparing them to carry out theft crimes, but the high professionalism and vigilance of the officers of the cavalry police station prevented this gang from committing any crime, noting that the police station of the cavalry cavalry daily patrols in the Emirate of Dubai, to contribute to the achievement of Dubai Police’s goals in preventing and reducing crime and promoting security.