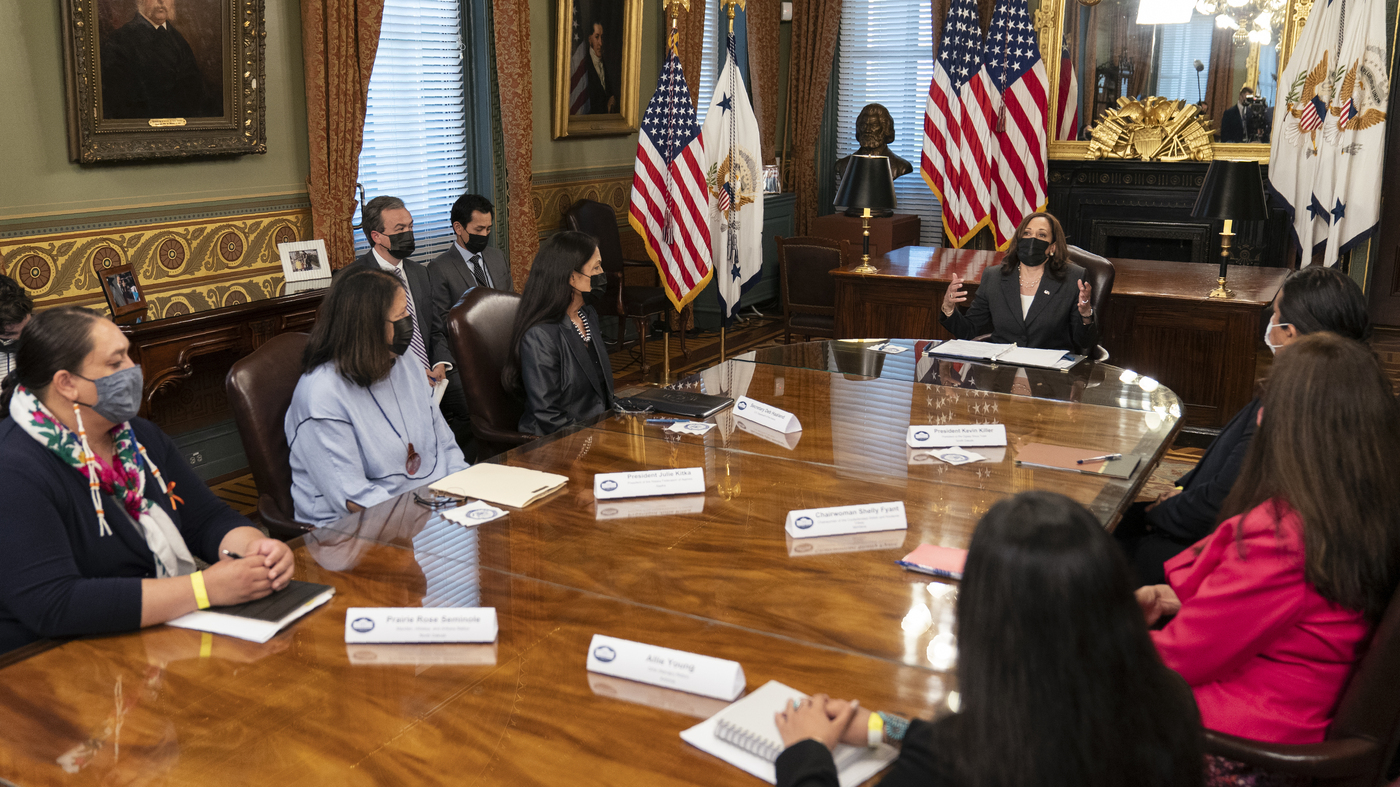 Vice President Kamala Harris speaks during a meeting with Native American community leaders about voting rights together with Secretary of the Interior Deb Haaland (left) in July 2021.

Vice President Kamala Harris speaks during a meeting with Native American community leaders about voting rights together with Secretary of the Interior Deb Haaland (left) in July 2021.

In an effort to expand voting access to Native American communities, the Biden administration released a report Thursday outlining the barriers indigenous voters face in the election process, which includes additional steps and recommendations the administration will take to combat existing restrictions on the right to vote.

The report was a result of an Interagency Steering Group on Native American Voting Rights that President Biden announced in March 2021, as part of an executive order he signed to expand access to the ballot.

“For far too long, members of Tribal Nations and Native communities have faced unnecessary burdens when they attempt to exercise their sacred right to vote. Native voters often have to overcome language barriers, a lack of accessibility for voters with disabilities, cultural disrespect and outright hostility, geographically remote residences, and persistent poverty — conditions that have only been exacerbated by the COVID-19 pandemic,” the White House said on Thursday.

On the top of the list of recommendations the administration outlined was for Congress to pass the John Lewis Voting Rights Advancement Act, which includes the Native American Voting Rights Act and the Freedom to Vote Act as well.

The report notes that states can also pass legislation that incorporates protections from the Native American Voting Rights Act on their own, without having to wait for Congress to take action.

The White House says the report is “just a beginning” and that more work with agencies across the government will be working to implement the report’s recommendations.