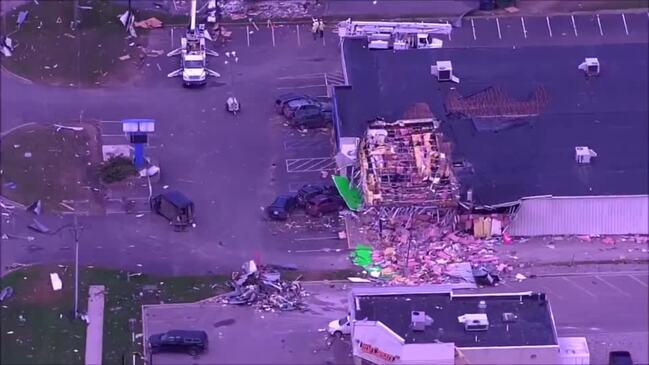 Aerial footage on Saturday, May 21, captured scenes of devastation in Gaylord, Michigan, after a tornado swept through the city the day before, killing at least two. Michigan State Police Aviation Unit video shows damaged buildings in the city. Officials on Saturday said at least two people, both in their 70s, were killed and 44 injured. Both deaths were in a mobile home park, police said. According to local media, firefighters said the park was almost completely destroyed. Credit: Michigan State Police via Storyful