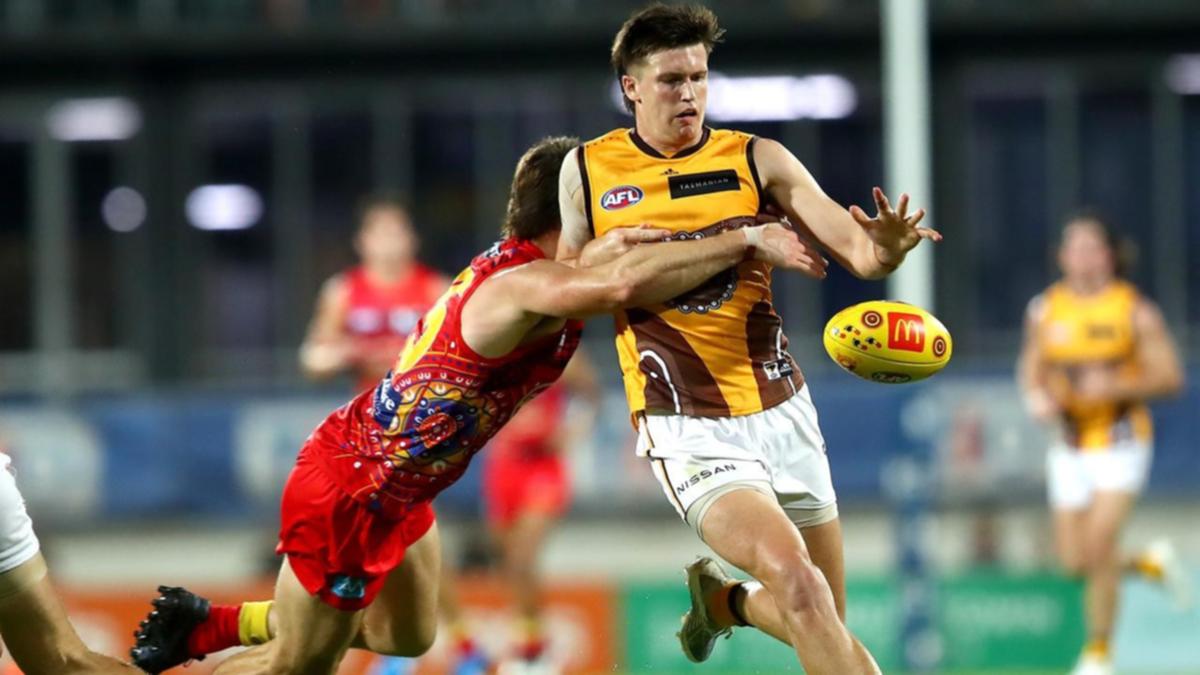 The 23-year-old was out of contract at the end of the season, but Lewis will remain with the Hawks until at least the end of 2026.

Despite having played just nine games this year, Lewis is already having a career best season with 27 goals.

Lewis started a career-best five goals against Port Adelaide in the second round and finished with two other catches from four majors.

He was taken with pick 76 in the 2016 draft just weeks after Hawthorn controversially swapped premiership heroes Sam Mitchell and Jordan Lewis.

“We are delighted to see Mitch commit to the club for at least the next four years,” said Hawthorn list manager Mark McKenzie.

“We think Mitch’s desire to stay with the Hawks is a reflection of the culture and environment that continues to evolve, as well as the optimism that surrounds our future.

“Mitch has made significant progress over the past 12 months, especially during this year’s preparation, to become one of Hawthorn’s most consistent forwards.

“This deal highlights Mitch’s appetite for success at Hawthorn, and we look forward to seeing him further develop his trade in the brown and gold.”