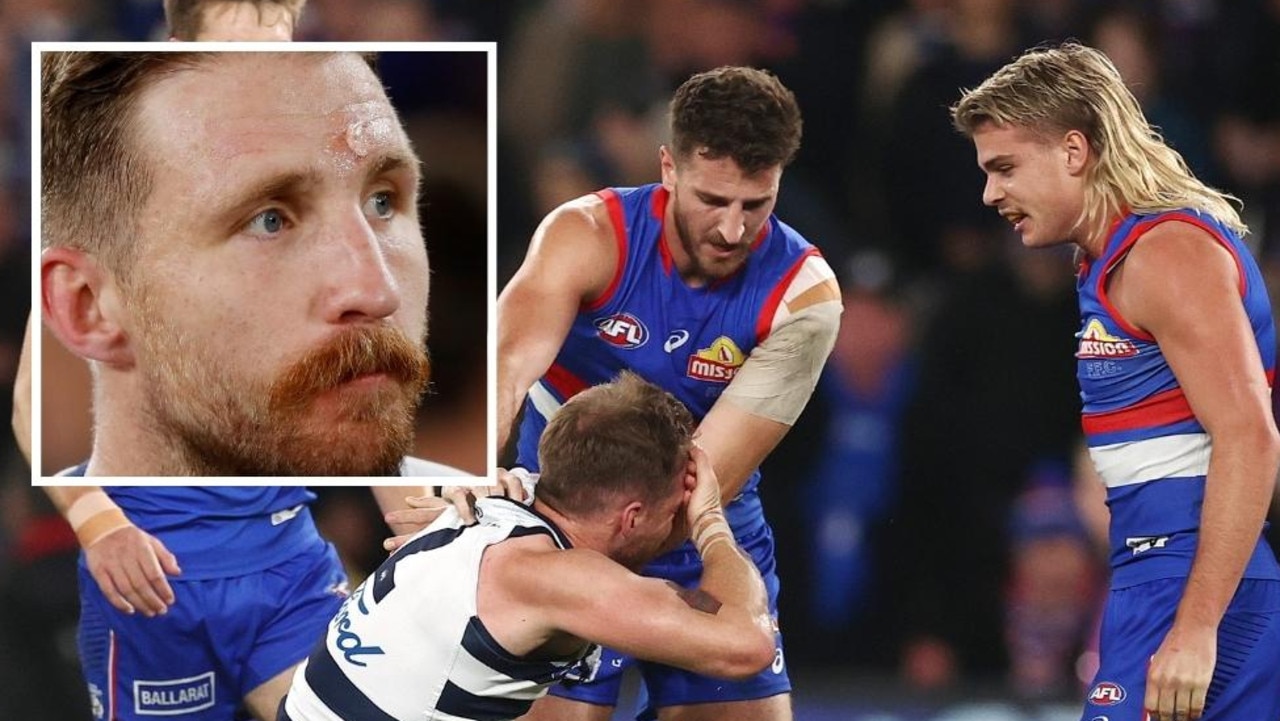 Bailey Smith could face a long stint on the sidelines after being reported for an alleged headbutt on Geelong’s Zach Tuohy.

Western Bulldogs Bailey Smith midfielder could face a long stint on the sidelines after he was reported for an alleged headbutt at Geelong company Zach Tuohy during Friday night’s AFL game at Marvel Stadium.

After the final siren sounded for three-quarters of a time, Smith and Tuohy engaged in a heated confrontation as they walked toward the dugout.

During the brief brawl, the 21-year-old appeared to deliberately poke his head at Tuohy as he grabbed his jersey and made contact with his opponent’s forehead. The umpire on duty reported Smith immediately before the incident.

Tuohy emerged from the scuffle wearing a torn sweater and a distinct red spot on his forehead.

“Another little headbutt from Bailey Smith, not sure if it made contact but there were a few,” footy icon Brian Taylor said on Channel 7 commentary.

“Now Bailey Smith has been reported here. I think I’ve seen one happen before. Wow. Also a small tear on forehead. Oh boy. God have mercy on me.

“A double blow there and both go for each other. What a way to end the quarter.”

“It’s so strange for a young man who is almost the best footy player in the league.”

“The old Liverpool kiss, we don’t see him often,” he continued.

What is the AFL going to say about that? They called Buddy Franklin’s act cowardly. Jesus. that is worse.”

Glenn McFarlane of The Herald Sun tweeted: “What the hell was he thinking?”

Andrew Wu of The Age wrote: “Bailey Smith is a smart player, but you shouldn’t use your head like that.”