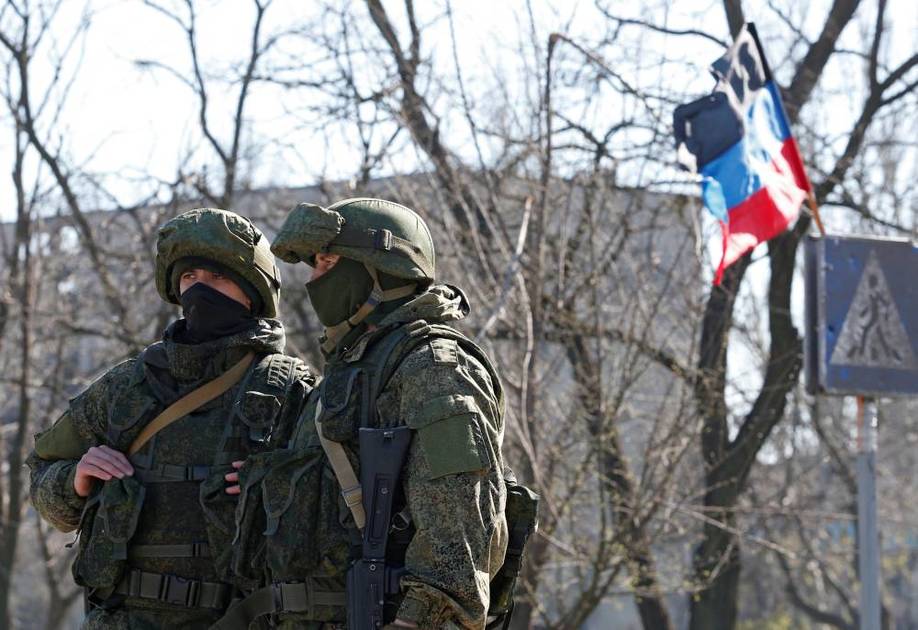 Moscow – AFP, agencies
Russian President Vladimir Putin said on Thursday that his country’s troops had managed to take control of the Ukrainian city of Mariupol, and ordered the siege of the last Ukrainian fighters instead of storming the Azovstal industrial estate; where they hide.
Vladimir Putin told Defense Minister Sergei Shoigu that “the end of the operation to liberate Mariupol is a successful act,” as stated in a televised interview.
The Russian president also told the defense minister that he wanted the last Ukrainian fighters holed up at the Azovstal mineral site to be surrounded because an attack would cost many lives; The area consists of an extensive network of underground tunnels.
“I think the proposed attack on the industrial zone is inappropriate,” Putin said. I ask to cancel it. We must think about the lives and safety of our soldiers and officers, and we must not enter these catacombs and crawl underground. This whole area should be closed off; So that we don’t let a single fly pass by.”
According to the Russian defense minister, the huge industrial area still houses 2,000 Ukrainian soldiers. Putin also promised to guarantee the safety of those who surrender.
“I again propose to anyone who has not laid down their arms to do so, and the Russian side guarantees their safety and treats them with dignity,” he said.
In addition, a senior Ukrainian official announced on Wednesday evening that his country had proposed Russia to hold a “special round of negotiations” in the city of Mariupol.
“Yes, without conditions,” Ukraine’s chief negotiator and presidential adviser Mykhailo Podolyak tweeted. We are ready for a special round of negotiations in Mariupol itself,” with the aim of saving our people, Azov, soldiers, civilians, children, the living and the wounded. everybody. Because they are our people, because they are forever in my heart.
For his part, Ukraine’s chief negotiator David Arakhamia said on his Telegram channel: “We are ready to come to these negotiations with Mikhailo Podolyak at any time, once we receive confirmation from the Russian side.”
Four buses carrying evacuating civilians have departed from the port of Mariupol in southeastern Ukraine, Deputy Prime Minister Irina Vereshchuk said.