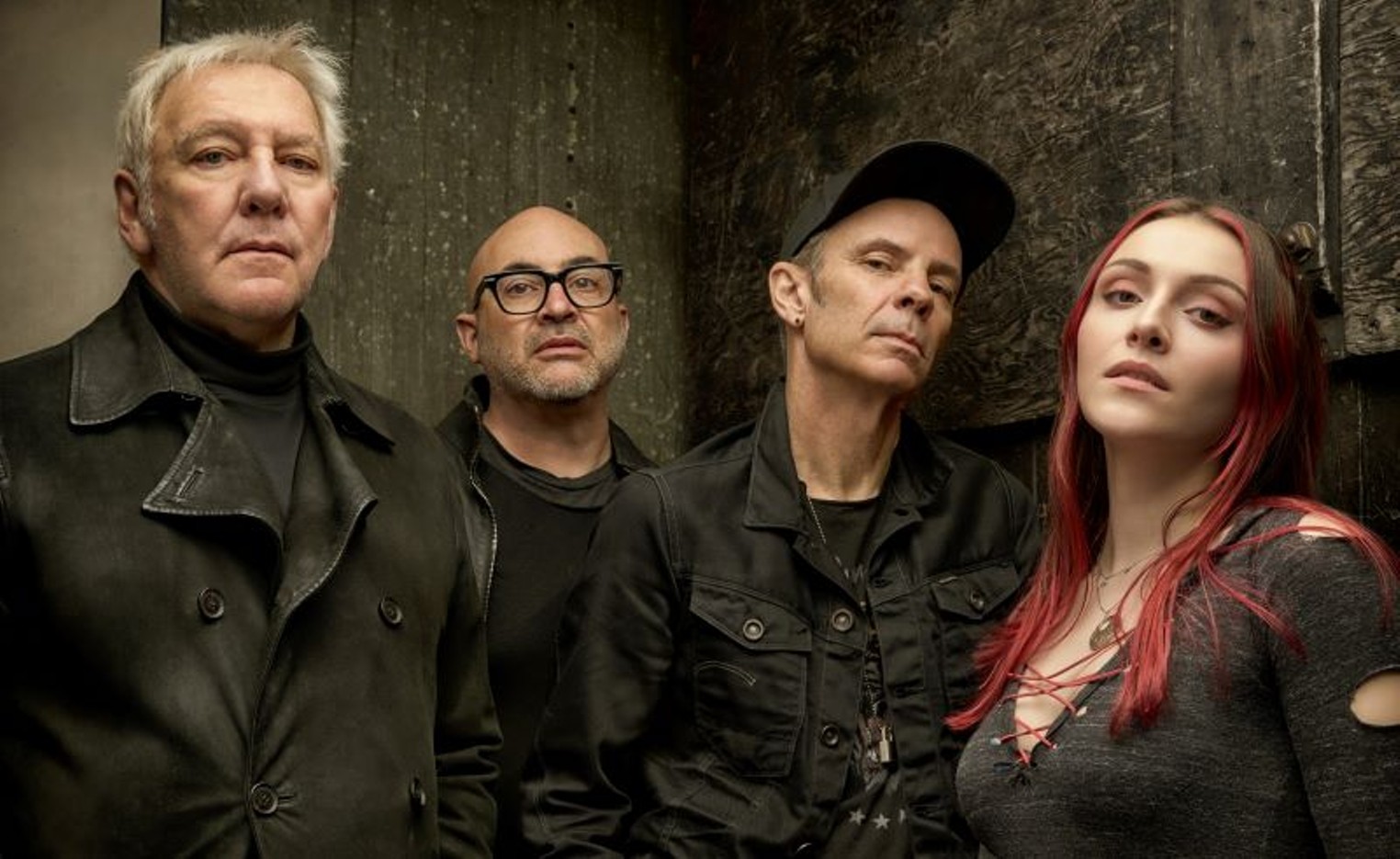 “I love this room. I’m having fun here.”

So says Alex Lifeson, speaking via Zoom from his home studio. Actually, “home studio” doesn’t quite do the place justice. Hanging on the wall behind him is a generous selection of electric guitars, acoustic guitars, and even a banjo. Also visible are racks filled with production gear and other tools of audio alchemy. It is here that Alex Lifeson has resumed his recording career, cutting tracks for his new band, Envy of None. The group’s self-titled album will be released in multiple formats on April 8.

For over 40 years, Lifeson was the guitarist in Rush, a band beloved by guitar nerds and fans of prog rock. That came to an end in January of 2020, when Rush drummer and lyricist Neal Peart succumbed to cancer. Then the pandemic hit, ushering in, along with Peart’s passing, a period of forced transition for Lifeson.

“We [Lifeson and his wife Charlene] watched a lot of Netflix,” he says. “We expanded our wine-drinking experience, started a little earlier that we used to. Wine with lunch as well as dinner.” 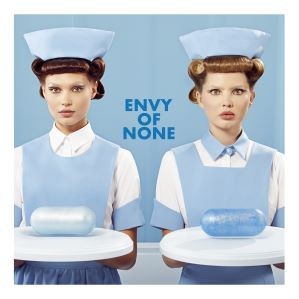 But, as was the case for many, the forced idleness lost its appeal over time. “It was actually not bad, being stuck inside. I noticed that within a couple of months, the air was cleaner here in Toronto, you could hear birds all over the place. No traffic in the city. It was really kind of pleasant. But two years later, OK, enough of that.”

Still, the loss of Peart (affectionately known as “The Professor”) initially weighed heavily on Lifeson. “We lost Neil at the start of the pandemic, so I didn’t do as much at all musically for the first year.” Did the time away from the guitar change his playing?

“It always does,” Lifeson says. “And I don’t know, over the years, I found, as I got older, that not practicing was not a big deal. I always needed it in the early days, but I found that if I got away from it – I might be a little rusty or stiff at first – I found that I went into different areas and different directions. I’ve started playing a lot more acoustic and brass around with different tunings and things like that. It’s always been a benefit for me to get away from it for a bit.”

“I’m currently in one of those ‘up’ slopes where I’m playing a lot,” Lifeson continues. “I moved one of my guitars into the bedroom, and I like to play for a couple of hours before I hop into bed. The bedroom sounds nice for that guitar.” Was it necessary to install any acoustic treatments in the bedroom to produce the desirable sound? “No,” Lifeson says, “I just had to remove my wife!” (For the record, Senator, the Lifesons are a rock and roll rarity, high school sweethearts who have been together for over 50 years.)
Fortuitously, Lifeson had work waiting for him, in the form of a band that formed almost unintentionally. Post-Rush, Lifeson had been asked periodically to contribute guitar tracks to various projects. “The stuff that I do when a request comes in to play on somebody’s music, I think about the artist, and I think about the arrangement, and what can I do that they’re not going to expect. And so far, I’ve been batting a thousand. On almost every project that I’ve done, whoever I did it for comes back and says, ‘I thought we were hiring Alex Lifeson. This is not anything that I thought would work in this song, and it’s perfect.’ So I guess I have this innate ability to get away with that.”

Lifeson took this philosophy into his work with Envy of None, crafting guitar parts that are miles away from career highlights like “Tom Sawyer” and “Limelight.” He let the material dictate his contributions, many of which don’t even sound like a guitar, much less Rush. He describes the experience as “liberating.”
The genesis of Envy of None was a couple of instrumentals – “Kabul Blues” and “Spyhouse” — that Lifeson had recorded as part of the rollout for his Epiphone signature guitar released last year. While assembling the tracks, Lifeson sought the assistance of Andy Curran, from the Canadian band Coney Hatch.

Subsequently, Curran asked Lifeson to contribute guitar parts to recordings by vocalist and multi-instrumentalist Maiah Wynne. Guitarist-producer Alfio Annibalini (Our Lady Peace, Nelly Furtado, Blue Rodeo) joined the project, and a band was born. Describing Envy of None’s sound, Curran has said, “It’s like, if you can picture maybe Massive Attach with a little bit of some electronic stuff with Nine Inch Nails influences, with this beautiful, fragile, sweet voice and some very, very dark heavy sound.” 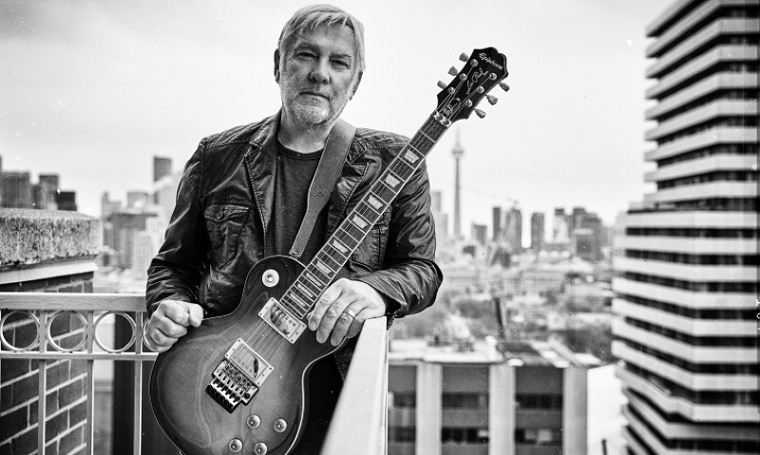 Due to both the pandemic and the geographical separation between the members of the band – Wynne lives in Portland, Lifeson in Toronto, and Curran and Annibalini elsewhere in Canada — the album was assembled remotely, with the participants emailing audio tracks to one another. After receiving a new file, Lifeson would analyze the latest recording and then determine what type of part he should write by asking himself questions. “Now that I know what the space is, how can I fill it without being too much? How can I fill it without being too forward?”

Lifeson explains, “To do something more creative and more soundscape-y and more ambient, that’s kind of a whole different approach. And it’s all experimental. I start at one place, I play, and then I start manipulating to see if I can get what I have in my head, and often something else comes out of it that works as well or better. It’s a fun process of making all these accidents, and they’re useful, and they work. I don’t make notes, unfortunately, so I don’t remember how I create a lot of these things.”

When asked how he views his role in Envy of None – aside from being the band’s guitar player – Lifeson is graciously Canadian. “Im a guitar player,” he says, gently but firmly correcting the interviewer. “Alf wrote some great parts. He wrote some really cool riffs, and some very hooky stuff. I really love the idea of ​​my contribution being sort of a background that knits things together and creates really nice melodic and tonal content for the listener.”
A paradox that often occurs with artists who have experienced great popularity over an extended period is that longtime fans want new material, but nothing too different. Did Lifeson feel shackled by his past as he delved into work on the new album? “If someone loves you for what you did, they just want that to keep going, and I guess with Rush fans, they hope that we’ll get back together or that something will happen that’s Rush-like, but after Neil passed, there’s no chance. That was Rush, and going out with a different drummer would be something that we never ever because to do.”

Maybe, Lifeson believes, what happened was for the best. “At the end of the day, finishing before we felt like we were ready to finish was a good thing, because we went out on a high note. The show looked great on the last tour. And I thought we played really well. At that point in your life, getting up on stage and being able to play well is a really rewarding experience. I certainly wouldn’t want to be remembered as the guy sitting on stage in a chair and performing.”