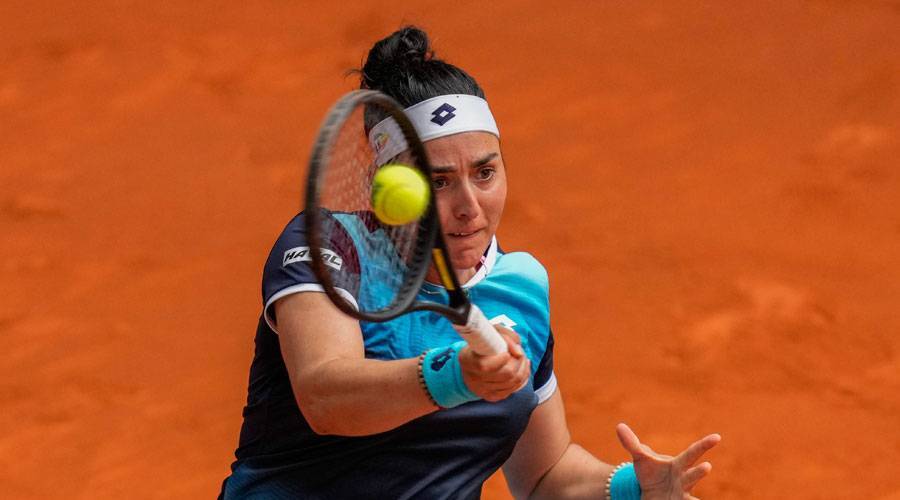 Tunisian tennis star Anas Jaber joked with Spanish tennis legend Rafael Nadal and asked him for tickets to the match between his compatriot Real Madrid and his host Manchester City on Wednesday at the Santiago Bernabeu stadium, in the second leg of the semi-final of the European Champions League in football.

After Jaber, tenth in the world ranking, took revenge on the Swiss Belinda Bencic and defeated her on Monday 6-2, 3-6, 6-2 to reach the quarter-finals of the Madrid Tournament of the Thousand on clay, she expressed her encouragement for Real Madrid, which is trying to turn around its deficit.

Last week, Nadal, holder of 21 major tennis titles, scored an honorary kick-off in the match between Real Madrid and Espanyol, before the capital’s team crowned its 35th title in the League.

“I don’t have tickets or anything like that,” said Jaber, who became the first Arab woman to make the top ten. But I know a nice guy called Rafael Nadal who can get it.”

“You can ask them to play our two games at the same time, and then we’re going to support Real Madrid against Manchester City… My coach and my husband want to go too… They need me, let’s go.” Hello Madrid!”.

Last month, Jaber fell in the final of the Charleston Championships against Bencic, who won the gold at the Tokyo Olympics, in a three-set match that lasted two hours and 35 minutes. career.

The Tunisian also took revenge on Bencic, who knocked her out of the same role last year in Madrid, to take her first win over the Swiss in the third showdown between them.

The Tunisian is still looking for her second title after winning the Birmingham English tournament on grass last year, when she became the first Arab player to win a title in the WTA tournaments.

Jaber and Halep (21 worldwide) meet for the fourth time, but the first on clay, with the Romanian beating Tunisia 2-1, the latter in the Dubai quarter-finals this year and the round of 16 in the same tournament in 2020 , while the Arab player took her only win in the 64th round of the 2018 Beijing tournament when the Romanian withdrew after losing the first set.