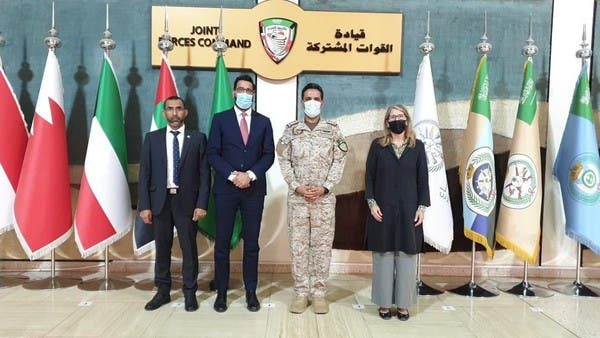 The Arab Coalition said on Wednesday that it met with the International Committee of the Red Cross and exchanged information and facts that pertain to allegations of targeting a prison in Yemen’s Saada in January, state news agency (SPA) reported.

“A constructive meeting was held with the ICRC team in the coalition’s Joint Forces Command [headquarters],” the coalition said, adding that it will continue to coordinate and exchange information with the ICRC.

For all the latest headlines follow our Google News channel online or via the app.

On January 21, several media outlets reported that the coalition conducted an airstrike that killed prisoners in a prison run by the Iran-backed Houthi militia.

However, an investigation launched by the Joint Incidents Assessment Team (JIAT) on the allegedly targeted prison strike by the Arab Coalition has revealed the location to be a “Special Security Camp in Saada, which is a legitimate military target.”

Brigadier General Turki al-Malki, an official spokesperson of the Arab Coalition, had slammed the allegations and insisted “they are part of a blatant attempt to mislead the public opinion regarding the true nature of the location in an attempt to garner sympathy from UN organizations and INGOs,” in a statement first reported by the Saudi Press Agency.

According to al-Malki, the closest prison is located 1.8 kilometers away from the claimed location.