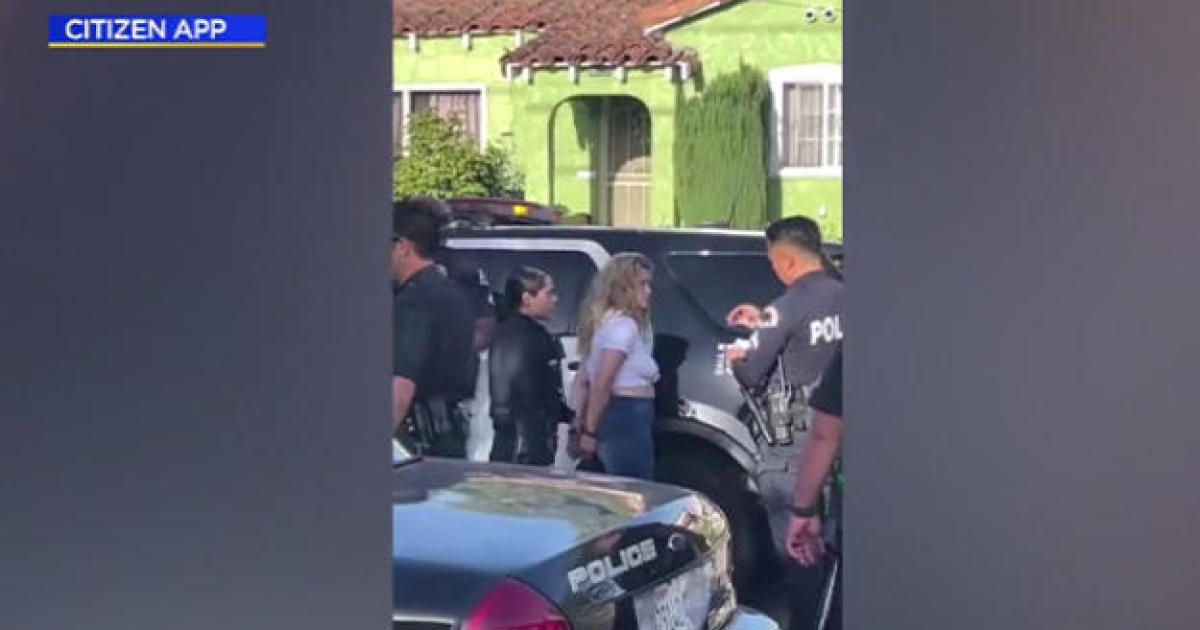 Authorities say the parent stopped near 110th Street and Wilmington Avenue in South LA to inspect a flat tire. When she got out, the female suspect jumped into the car and drove off with the mother’s child in the back seat.

The mother was able to trace the vehicle because her cell phone was still inside.

Multiple agencies were involved in the search for the vehicle, which was found near Gage and Fishburn Avenues in Bell. The suspect tried to flee on foot, but was quickly apprehended.

She was arrested without incident.

The 5-month-old child was found unharmed in the vehicle and reunited with the mother.

As a precaution, an ambulance arrived on the scene.