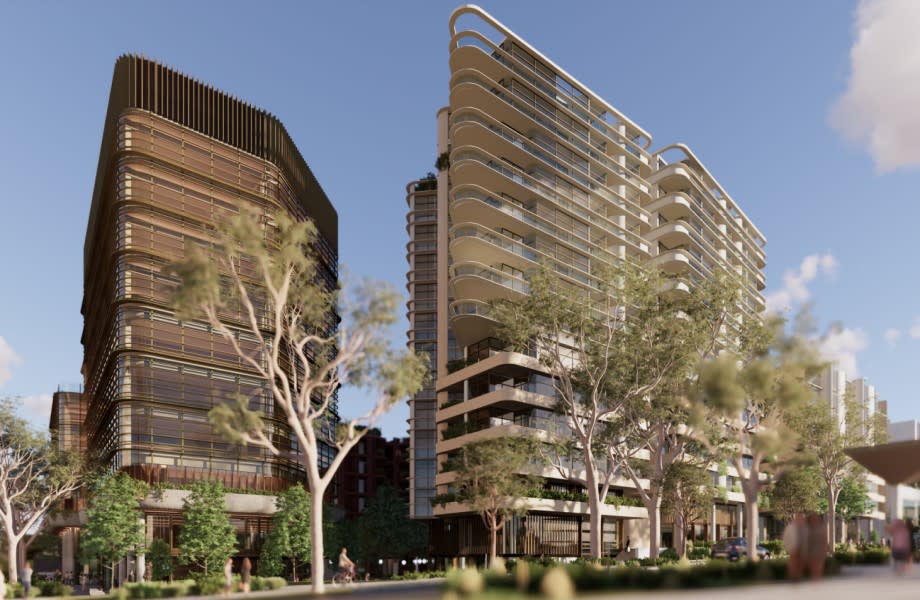 The Stewart Architecture-designed plans for the precinct, to be known as Macarthur, include five buildings comprising 424 units across a 1.3ha block bordered by Wattle Street, Macarthur Avenue and Northbourne Avenue in Lyneham.

The site was home to Macarthur House, a former government building demolished in 2018, and is next to the Macarthur Avenue light rail stop.

The precinct’s M1 building will have 11 levels of office space with frontage on Macarthur Avenue while M2 will have 14 residential levels and two commercial levels with entry and frontage to Northbourne Avenue.

The M3 building will have nine residential levels with entry on Northbourne Avenue.

The M4 stage comprises two buildings, both with commercial stage and six residential levels. They will be on Wattle Street but have main entrances to the buildings via the central plaza and courtyard area in the middle of the block.

There will be approximately 2000sq m of retail space and 11,000sq m of office space.

The plans include basement level entry for car parking from Wattle Street.

Construction is scheduled to start by late 2023 with early works planned to begin in a year.

Art Group purchased the site from the ACT government in October, 2020 for $19 million in a sale brokered by Shane Radnell from Colliers International.

Art Group has a long history of development in the Northbourne Avenue corridor, buying a 2.9ha site from the government for $40 million in August 2016. 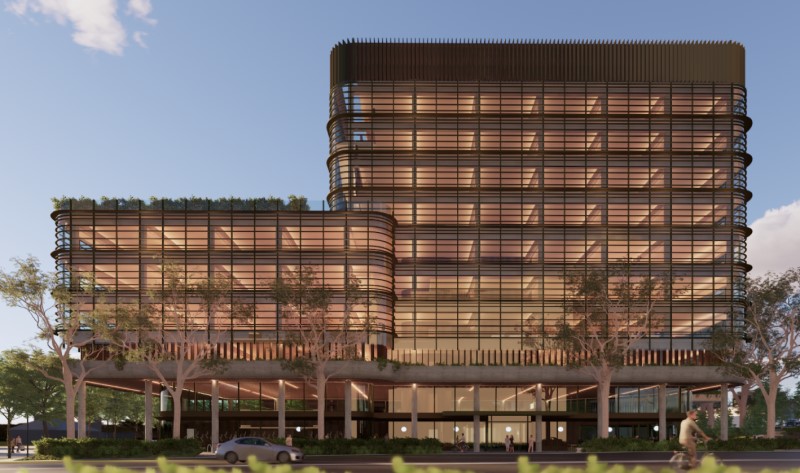 The site comprises three blocks of land with 500m of frontage along Northbourne Avenue.

The site is now Art Group’s Soho Precinct for the Mulberry, Calypso and Kashmir developments. The Cox Architects-designed 370-unit Mulberry sold out with settlements due later this month.

Demolition has started on the site for the 207-unit Calypso and excavation is due to start in a month.

Art Group development manager Gabe Szivek said that while interest from investors had been high, about 60 per cent of slaes were to owner-occupiers.

“They are all from the area with many looking to downsize,” Szivek said.

“Many are aged between 25 to 35 and are first- or second-home buyers.

“The investors tend to come in and buy two properties, rent one and then sell the other for like 20 to 30 per cent more.”

Northbourne Avenue is one of the main roads leading from Canberra’s CBD to its outer suburbs.

The Evri Group is among the most recent developers to plan a project on the road.

Other key Northbourne Avenue developments include JWLand’s two residential buildings, Doma’s series of towers and the redevelopment of an office building into the Mantra Hotel.