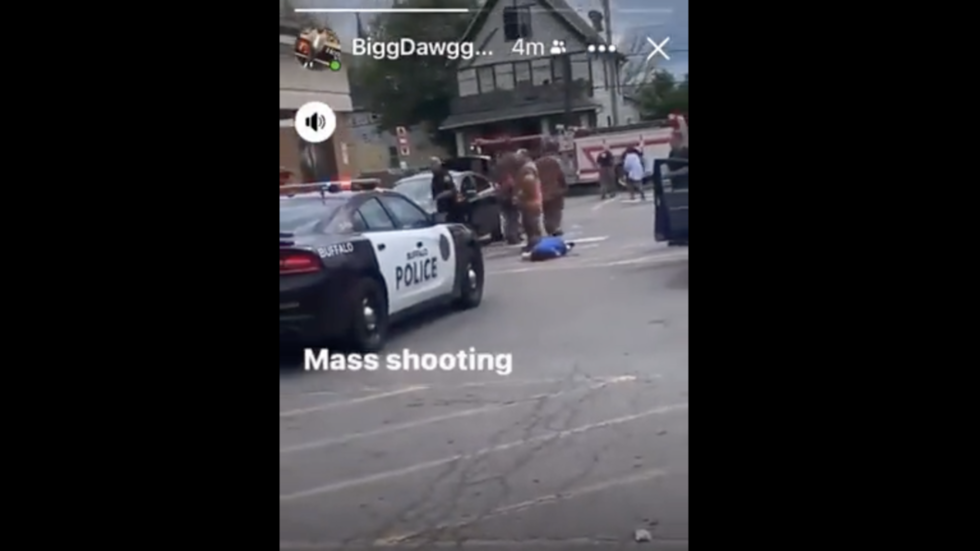 A man in military attire entered a supermarket in Buffalo, New York and began firing a rifle

A gunman armed with a rifle entered a local supermarket and opened fire on the shoppers. The man, dressed in military gear, apparently acted alone, local media have reported, citing law enforcement.

“It’s like walking into a horror movie, but everything is real,” a police officer at the scene was quoted by the Buffalo News.

So far, no official count has been provided, while several media outlets have offered conflicting reports of the victims, with some outlets citing figures of between seven and 10 fatalities.

BREAKING: BPD at the scene of a mass shooting at the Tops on the 1200 block of Jefferson Avenue. Several people were hit by gunshots, police said. The shooter is trapped. Motorists and residents are requested to avoid the area.

The gunman’s fate remains unclear. While the local police said on Twitter that the ‘shooter is stuck’ law enforcement sources told the media that he was actually shot and killed on the spot.

The attacker reportedly streamed the shooting live on the streaming platform Twitch. Several graphic screenshots purportedly taken from the stream, showing a body on the floor and a woman being shot in the head, are circulating online.