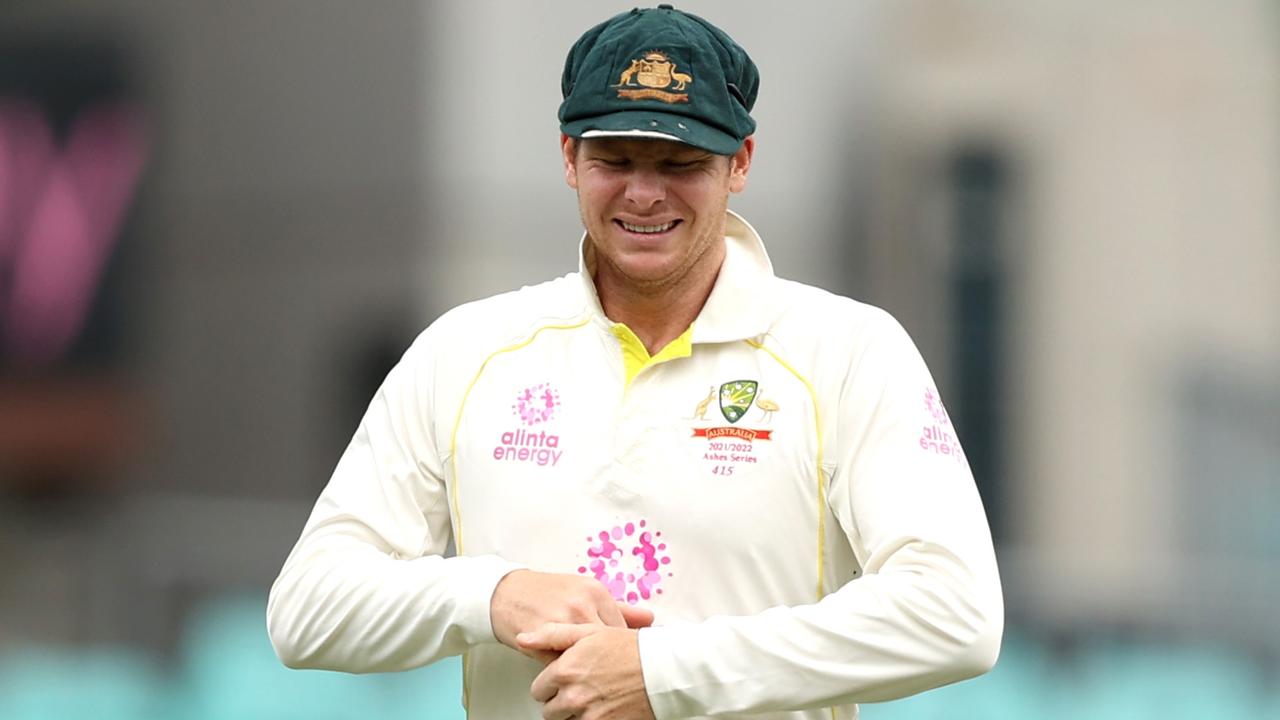 Pakistan showed absolutely no respect for Steve Smith when the Aussie star suffered a surprising case of butter fingers in the second Test.

Steve Smith’s Midas touch deserted him in the field as the Aussie cricket star dropped three catches during the second Test against Pakistan — and was cruelly mocked for them by the opposition.

Smith put down a tough chance at first slip after Pat Cummins caught Babar Azam’s outside edge, diving across to his left one-handed when many thought it should have been left for wicketkeeper Alex Carey.

Standing at first slip for leg-spinner Mitchell Swepson, the batter couldn’t get his hand around another outside edge from Imam-ul-Haq that went low and to his right.

They were both incredibly tough chances but the third and final spill was as easy as it gets for a man with Smith’s fielding pedigree. Abdullah Shafique’s edge from Cummins went straight into the 32-year-old’s bread basket at second slip but he couldn’t hold onto that opportunity either.

Pakistan’s official social media account was happy to point the gaffes out, compiling a video of all three drops and posting it online with the caption: “Don’t mind the spill.”

Viewers were surprised Smith — who has the safest hands in the Aussie team — would miss out on a hat-trick of chances.

Michael Appleton wrote on Twitter: “Steve Smith will be the most sheepish member of the (Australian) side tonight.”

For the most part — Smith’s drops aside — Australia’s fielding has been exceptional on this tour. Marnus Labuschagne has nailed two direct hit run-outs across the two Tests while Swepson did the same on day three.

The tourists will need to be perfect on Wednesday as they try to take a 1-0 lead in the series. Having declared early on day four with a lead of over 500, the Aussies took two early wickets before being confronted with a gritty Pakistan fightback.

The home side reached stumps on day four at 2/192 — meaning they need to avoid losing eight wickets on the final day to escape with a draw or score 314 more runs to produce a miraculous victory.