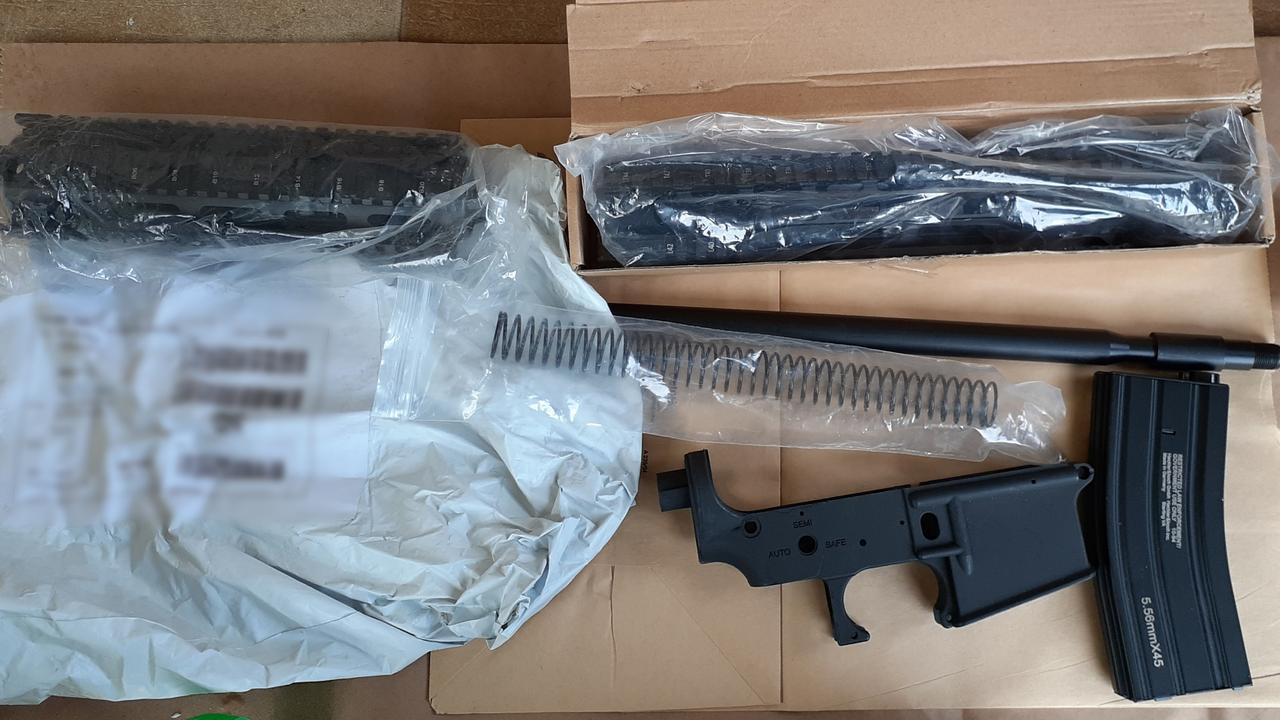 A Sydney man is behind bars after police uncovered a major stash of firearms and ammunition believed to have been created with a 3D-printer.

A man has been charged with having unregistered firearms after a series of police raids uncovered 3D printers allegedly used to mass produce them.

Police descended on a Cambridge Ave home at Bankstown in Sydney’s southwest at about 10am on Thursday and served a firearms prohibition order on a 45-year-old man as he left his home.

Officers also allegedly found more than 200 rounds of live ammunition and a black Ruger .22 caliber rifle with a scope.

In the garage of the home officers allegedly found a bag containing a pistol and ammunition.

Officers were then led to a factory on Canterbury Rd at Punchbowl where they allegedly found and seized a 3D-printed semiautomatic rifle, boxes of ammunition, 11 unfinished firearm barrels, and firearm parts, including silencers and scopes.

They also allegedly found lathes, hydraulic presses and other tools used in the manufacture of 3D-printed firearms.

The investigation was led by Strike Force Temarang, which was established in September last year to investigate the importation and manufacture of 3D-printed firearms into NSW.

Investigations involved the Department of Home Affairs, AUSTRAC and the Australian Federal Police.

The man was refused bail at Bankstown Local Court on Friday and is due to appear at the same court on April 21.