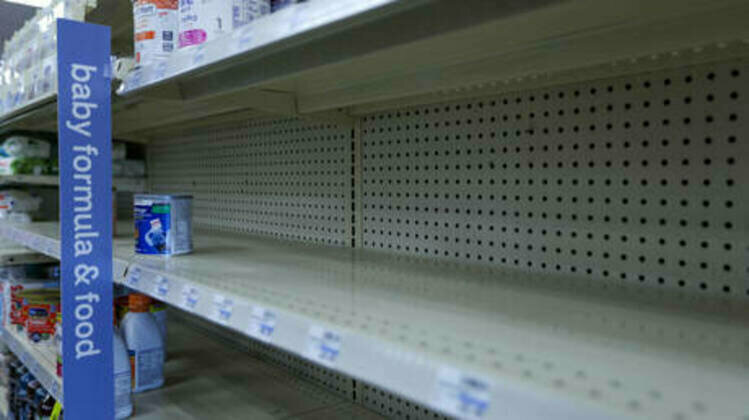 The US could get infant formula and other baby foods from Belarus, the country’s president Alexander Lukashenko said Friday. He commented on the shortage of the critical product in America and the Biden administration’s operation to fly in supplies.

“We have good milk, good meat products for kids, canned food, formula, everything. If they want it, we can launch supplies tomorrow,” he said. The Belarusian leader, who was sanctioned by the US for alleged human rights violations, added that he was willing to offer the food as a commercial product or as humanitarian aid.

He added that he believed Americans could afford to pay for Belarusian products. The president made the comments in conversation with the press. He called on reporters to pass on his offer “to every American.”

The baby food shortage in the US was caused by the February closure of a Michigan plant operated by Abbott Laboratories amid concerns about contamination. The facility, which accounts for about 40% of formula in the US market, recalled some of its products and closed a factory after four infants fed formula made at the facility contracted a rare bacterial infection. Two of them died later.

US President Joe Biden admitted this week that he underestimated the importance of the plant for the supply. He said his government was in full swing after becoming aware of the situation in early April and working to resolve the crisis.

Washington sent military cargo planes to get baby food from Germany. The US is also pushing for more supplies from the UK and Australia as part of the so-called Operation Fly Formula.

Belarus as a nation and President Lukashenko personally have been in the crosshairs of multiple rounds of Western sanctions. The latter party came in retaliation for the country allowing Russian troops to use its territory to stage the offensive against Ukraine.