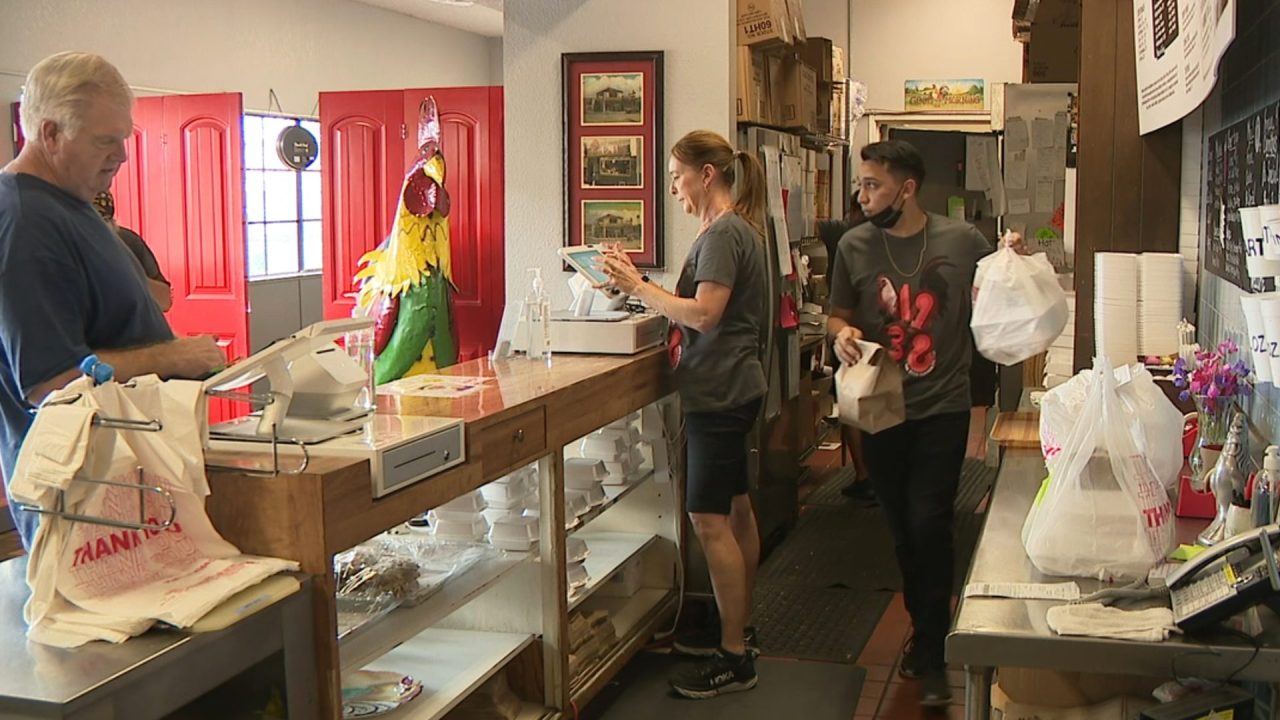 SAN DIEGO – A lot has changed in the past 84 years, including the location of the San Diego Chicken Pie Shop. The eatery celebrated its 84th anniversary on Saturday, honoring its customers as it has for much of its tenure — serving up a savory bargain on its beloved chicken and turkey pies.

The staple of North Park has been around since 1938. It was first located on 5th Avenue and B Street before moving to its current location on the 2600 block of El Cajon Boulevard.

Lisa Townsend, the restaurant’s general manager, said they like to “go big” for every anniversary, which they did with deals for both dine-in and to-go customers on chicken pie dinners.

“We love to celebrate and promote our brand,” Townsend said. “We want to thank all our loyal customers and reward them with a promotion. We do this every year and this year we give out cake and have a really nice time. It’s a fun atmosphere and we want everyone to come.”

Serving a traditional American menu Tuesday through Sunday from 10 a.m. to 8 p.m., the eatery has received a number of rave reviews over time, according to its Yelp page. It has a rating of three and a half out of five out of more than 1,300 reviews, many of which compliment its chicken pies and desserts.

“We love this place,” said another reviewer. “The banana cream pie (note: they have it on Wednesdays) is hands down the best.”