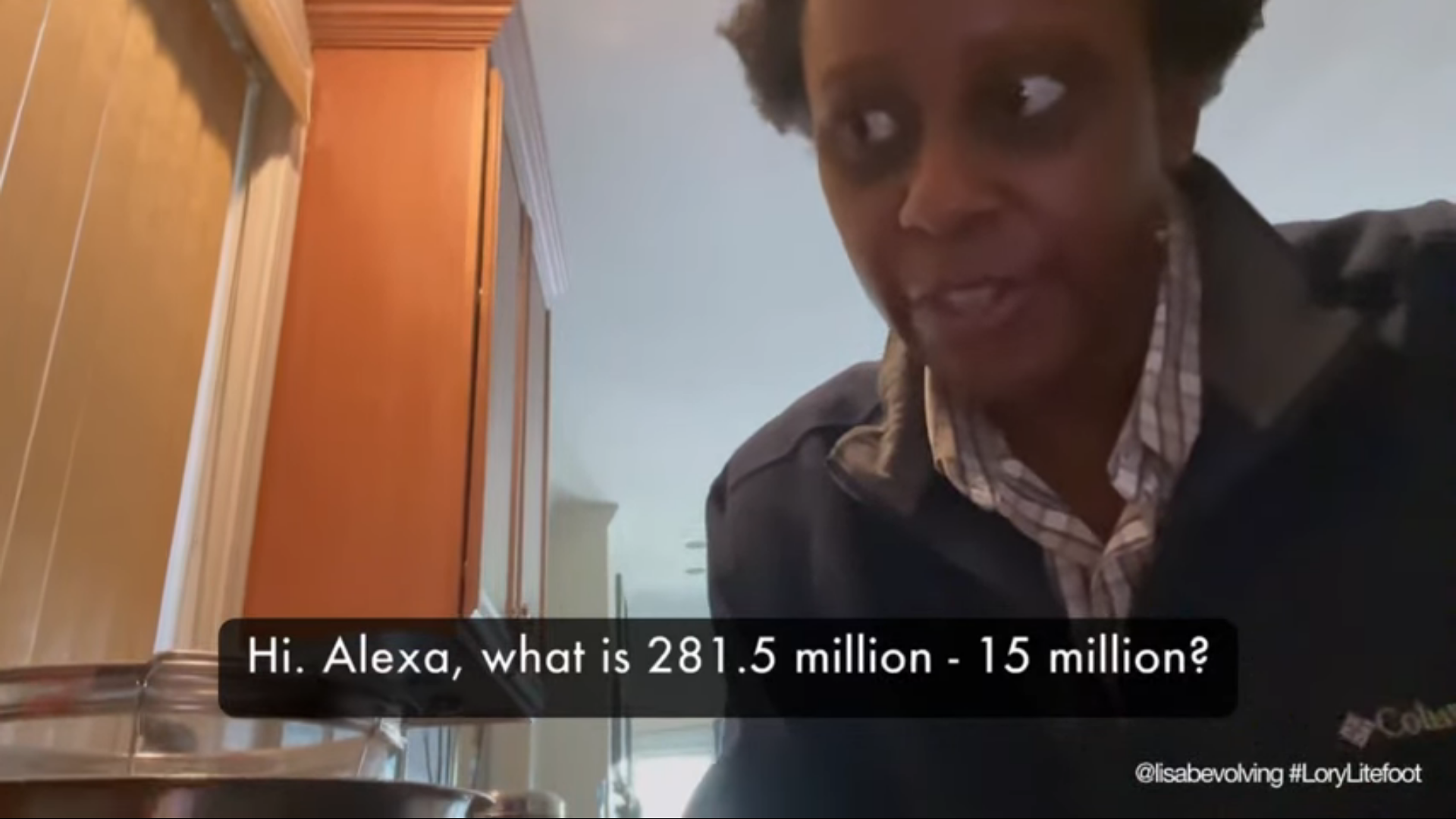 In the spring of 2020, as memes of Mayor Lori Lightfoot advising ballplayers to ditch basketball courts and stay home amid the coronavirus pandemic made rounds on the Internet, videos of her counterpart “Lory Litefoot” would soon swirl on the interwebs and bring Chicagoans a persona they could actually laugh at without remorse.

Portrayed by comedian Lisa Beasley, Lory Litefoot, “Chicago’s first openly Blay [Black and gay] mayor,” says exactly what most Chicagoans hear when the mayor is speaking. Without the added political poise and cyclical nature of answering—but not really answering—questions from the press and the public, Litefoot tells it like it (kinda) is, bringing major hypocrisies from the mayor to light. For example, being proud to cautiously wait to reopen Chicago after COVID shutdowns while cities in Texas prematurely reopened, yet being angry with teachers for not wanting to return to teaching in person too soon.

In a short gray afro with a large gray blazer, and at other times a blue Columbia pullover, with a raspy tone and calculated speech, Litefoot’s videos provide an ongoing commentary on the real mayor’s public activities. In one video, Litefoot warns her “alleged impersonator” that they will be last to get the COVID-19 vaccine, in another she announces the first Police Pride Parade, and urges Chicagoans to stay home despite her own order to reopen the city in the summer of 2021. Litefoot even took away all of the Chicago Public Schools-issued laptops when she was angry with teachers for striking amidst COVID protection concerns in schools.

More than anything, Litefoot translates the frustrations many Chicagoans feel with the mayor into the true laughter they need. One of her most notable digital appearances was with activist and entrepreneur Ja’Mal Green, who ran for mayor in 2019, where she was grilled on a number of issues, including a seeming disconnect from communities on Chicago’s south and west sides and on her lack of expanding after-school programs for young people.

If you want to catch up with Litefoot these days, there’s a good chance you can find her holding another IG Live Press Conference sometime soon, or maybe she’ll be taking another stroll through Hyde Park, hiding from kids whose schools she shut down. Regardless, as long as Chicago’s current mayor is in office, I hope Litefoot is here to stay.