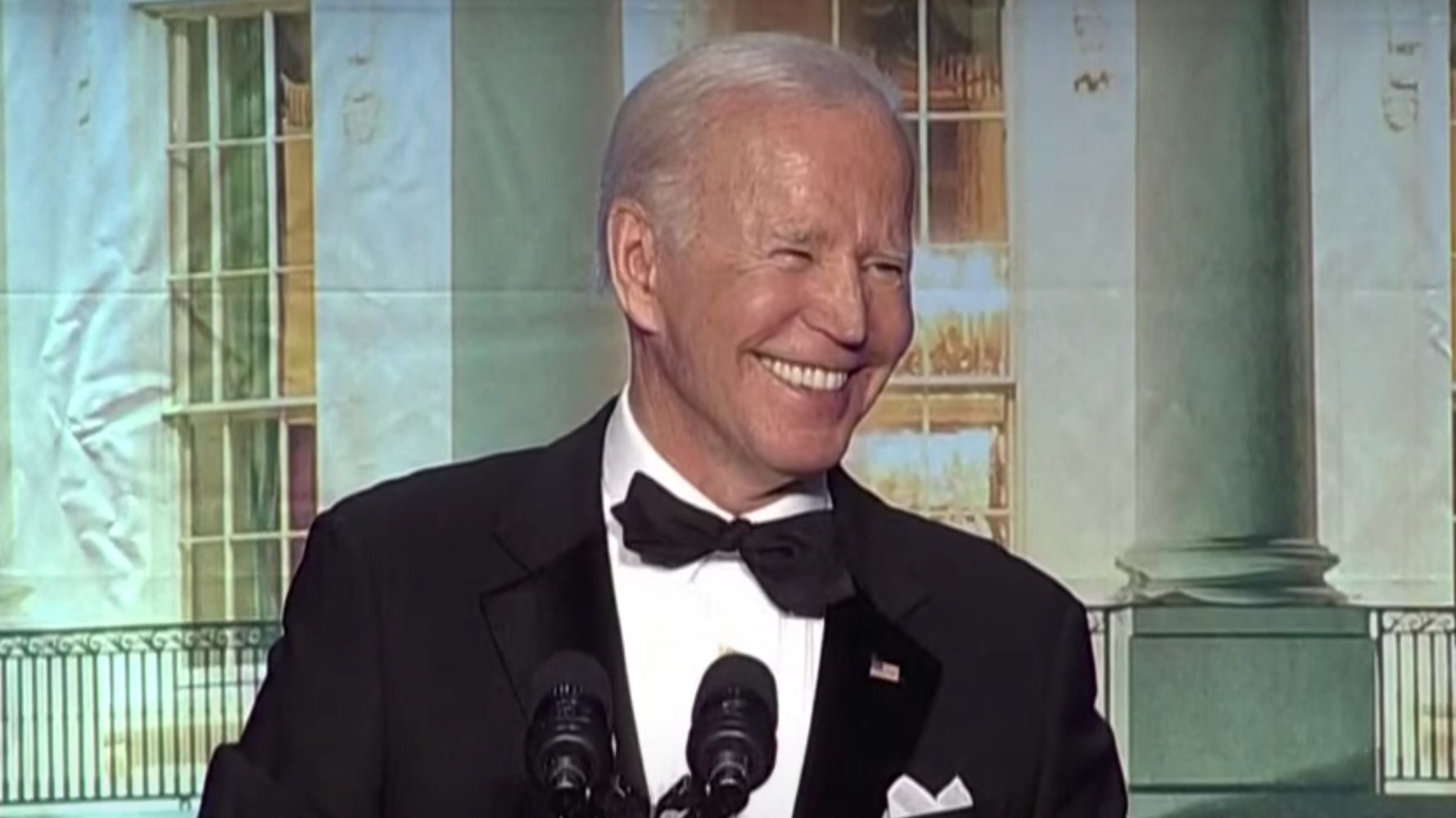 He noted that no presidents had attended the event since Barack Obama did in 2016. The event was canceled for two years due to COVID and Trump boycotted during his presidency due to his protracted spat with the press.

“We had a terrible plague… followed by two years of COVID,” Biden broke out.

The joke was arguably Biden’s most caustic over the course of his speech, but far from the only one. He also targeted Republicans, members of the press — and even himself.

He said he was excited to be at dinner with the “only group of Americans with a lower approval rating than me.” He also thanked the “42% of you who really applauded”.

Biden also referred to Fox News’ aggressive stance against vaccines, noting that all of the network’s journalists attending the dinner had been “vaccinated and boosted” as required.

Biden drills into Fox News #WHCD “Everyone had to prove they were fully vaccinated and boosted and so if you’re sitting at home watching and wondering how to do that, just get in touch with your favorite Fox News reporter. They’re all there . Vaccinated and boosted!” pic.twitter.com/2bbHXbSquy

Biden joked that “Republicans seem to support a guy called Brandon” – a nod to the coded insult to who has become a MAGA favorite. “He’s having a good year, I’m pretty happy for him,” he said with a wink.

Later, the president insisted he was not there to attack the GOP.

“That’s not my style. There is nothing I can say about the GOP that [House Minority leader] Kevin McCarthy hasn’t taped yet,” he joked — referencing a series of scathing McCarthy recordings in the wake of the January 6 uprising.

But the president turned gloomy as he warned of the “serious threats” to democracy and emphasized the vital importance of the press.

“There is a poison flowing through our democracy… all of this is taking place as disinformation rises massively,” he said.

“Truth is buried by lies, and the lies live on as truth,” Biden added. “What’s clear, and I mean it from the bottom of my heart, is that you, a free press, matter more than at any time in the last century.”

He urged journalists, “Seek the truth as best you can, not to ignite and entertain, but to enlighten and educate.”

Comedian Trevor Noah followed Biden with an equal chance, both Republicans and Democrats.

He targeted Senator Krysten Sinema (D-Ariz.), who often tries to block democratic legislation. “Who would have thought that in American politics we would see the day when a Senator could be openly bisexual, but a closed Republican Republican?” he asked.

Noah also mocked Florida Governor Ron DeSantis (R) for rejecting more than 50 math textbooks in public schools, calling it a backstabbing strategy to make Floridians so ignorant of math that they are unable to verify lies about falsified election numbers.