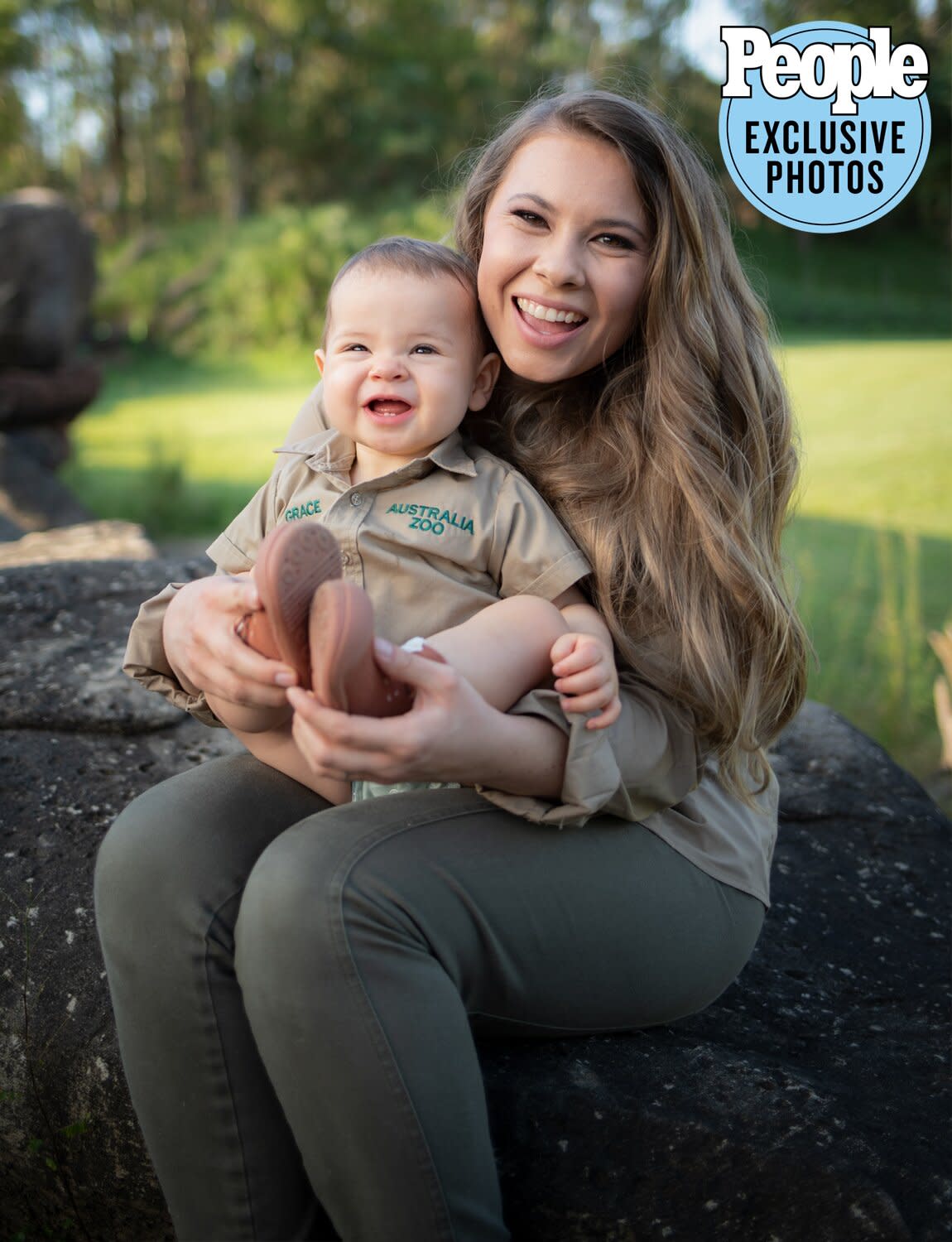 “We have so many documentaries from Daddy, and we always play them for Grace,” Bindi tells PEOPLE in this week’s cover story. “It’s so fun to watch her study him. I didn’t realize how much Dad’s passion for life and his animated facial expressions — I mean, they captivate her.”

After gaining international fame for his nature documentaries TV series The Crocodile HunterSteve was diving with stingrays for an underwater movie titled The deadliest in the ocean when he died on September 4, 2006, at the age of 44. Bindi was only 8 years old.

Never miss a story — sign up for PEOPLE‘s free daily newsletter to stay up to date on the best of what PEOPLE has to offer, from juicy celebrity news to captivating human interest stories.

Now the Oh dear! It’s the Irwins star, 23, and Powell, 25, are raising baby Grace at the Australia Zoo, where they live and work with Bindi’s mother, Terri, 57, and brother Robert, 18.

“I definitely see parts of [Dad] in Grace,” says Bindi. “His determination and his inability to sit still. I think that’s very special. I am excited to see how her personality will develop as she grows up. If Dad was around, we’d honestly never see her. He would be in love.”

She adds, “He would just let her do anything with him. We would only see her when she needed food and then be gone.”

Bindi adds that Steve is part of their lives every day.

“It’s so beautiful that without him knowing it, he was making the most beautiful TV shows for our daughter,” she says. “She just stares at him in total and utter fascination. She hangs on every word he says. Whether he’s talking about a crocodile or a spider, she loves it.”

For more information on Bindi Irwin and her family, grab the latest issue of PEOPLEon newsstands Friday.