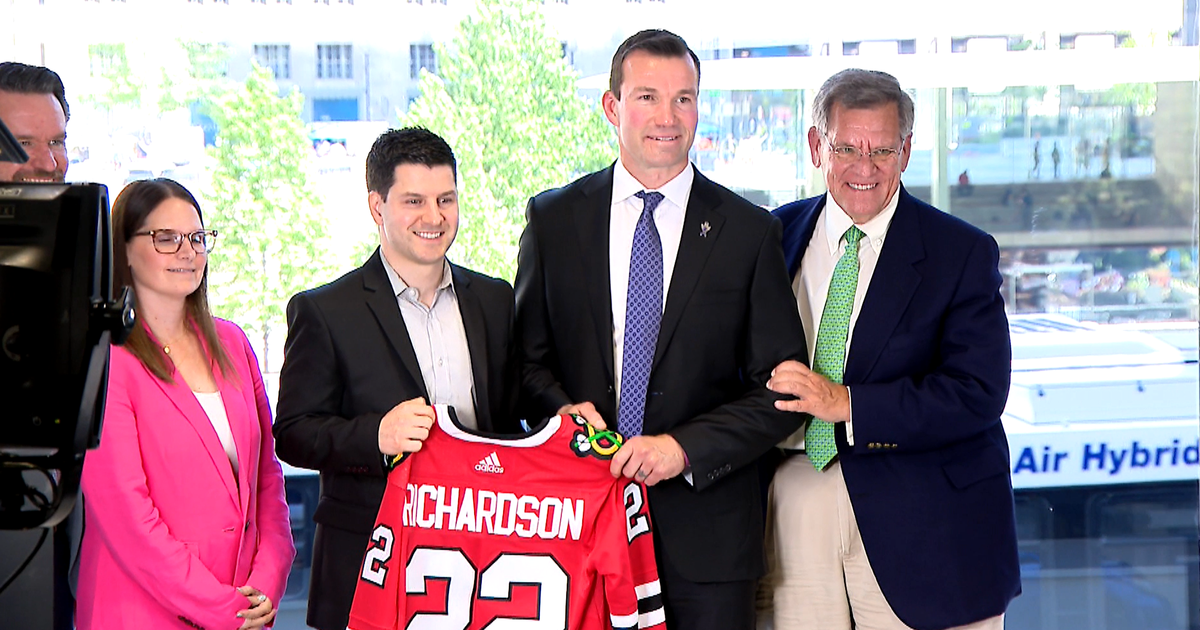 CHICAGO (CBS) — The Blackhawks have found a new leader on the ice and they hope he will lead them to their next Stanley Cup.

Luke Richardson has joined the Blackhawks in his first position as NHL head coach, but this isn’t the first time he’s excelled at leading a team.

In 2021, COVID-19 forced Richardson to become an acting head coach while he was an assistant in Montreal. Now, the 53-year-old former defender brings 21 years of NHL playing experience.

Having spent the past four years as an assistant coach with the Canadiens, Richardson understands the challenge ahead for a team that needs to rebuild and prepare for its next championship punch.

“Playing experiences, coaching experiences – I’m totally comfortable developing players, have patience with players. But I think I’ve said from the start that I’m an optimist and I feel like I want to win every game — and I’m going to approach every game like that,” Richardson said. “But realistically, we need to take steps.”

“When we started this quest, we wanted someone who could lead with authority and hold players accountable,” said Blackhawks General Manager Kyle Davidson. “In addition, we were looking for someone who could develop and coach young talent, while at the same time connecting with our experienced players.