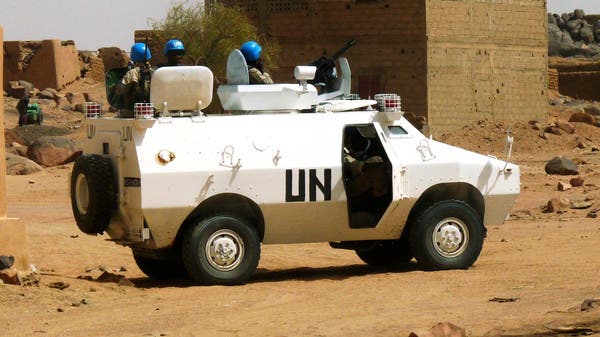 Two UN peacekeepers were killed on Friday and two others injured after an improvised bomb exploded in central Mali, a MINUSMA mission spokesman tweeted.

The soldiers were part of the Egyptian contingent of the UN peacekeeping mission, a security official said.

He said the incident took place near the town of Douentza, on the road to Timbuktu.

On Wednesday, a Jordanian blue helmet was killed in an attack on his convoy in Kidal, northern Mali.

With 13,000 members, MINUSMA — the United Nations’ Multidimensional Integrated Stabilization Mission in Mali — is one of the UN’s largest peacekeeping operations, as well as one of its most dangerous.

It says 174 troops were killed in hostile actions.

Improvised explosive devices are a favorite weapon of extremists against MINUSMA and Malian forces. They also kill many civilians.

Seven Togolese peacekeepers were killed in December by an explosion of an IED between Douentza and Sevare.

On Friday, Egyptian peacekeepers were in an escort of a dozen UN vehicles accompanying a convoy of civilian fuel trucks, Salgado said.

Such convoys can stretch for miles.

A mine exploded as the convoy passed, Salgado said.

Central Mali is a hotbed of violence and terrorist activity that has spread from the north to the center of the country and then to neighboring Burkina Faso and Niger.

Thousands of civilians and fighters have died and hundreds of thousands have been displaced.

Two reports published this week, one from UN Secretary-General Antonio Guterres and another from MINUSMA’s human rights division, express concern at the intensification of violence in central Mali.