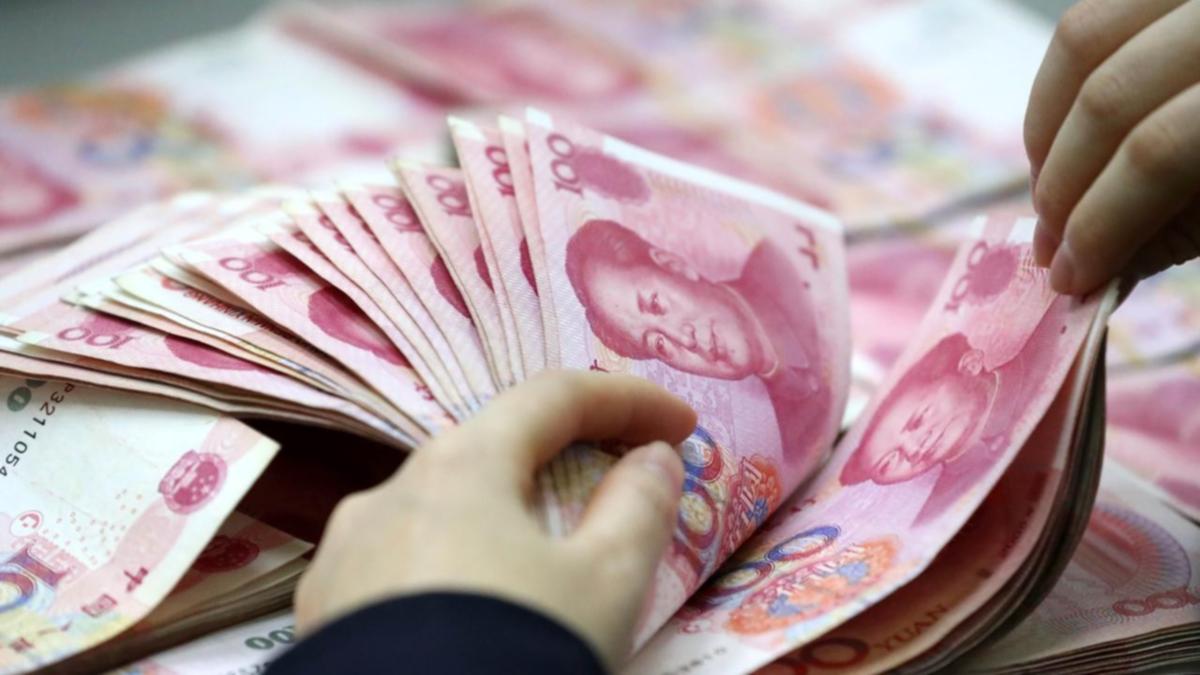 Bond yields have risen again as investors bet on aggressive global rate hikes, while the euro climbed after a heated TV debate French President Emmanuel Macron boosted his hopes of reelection over the weekend.

Although Le Pen appeared more polished and composed than in a TV duel that shattered her hopes for the presidency in 2017, Macron poked her about her ties to the Russian leadership, her plans for the economy and her policies for the European Union.

Investors were otherwise back focusing on the war in Ukraine and how quickly interest rates around the world will have to rise as the conflict with Russia adds to already intense global inflationary pressures.

Most 10-year bond yields across Europe rose sharply again, with benchmark yields of German Bunds returning to a seven-year peak and Italy reaching the highest point since the first COVID panic in March 2020.

Markets expect another rate hike of at least half a percentage point from the US Federal Reserve next month, while a European Central Bank policymaker said on Wednesday he could start raising rates for the eurozone as early as July.

Matt King, Citi’s Global Markets Strategist, said the pressure on the markets also stemmed from quantitative tightening, or QT – the process of years of frenetic money printing by the central bank going in reverse.

“Don’t look at the real returns, look at the liquidity flow,” King said, adding a rough calculation that $1 trillion in QT would drop global equities by about 10 percent.

“These flows are just too big for markets to anticipate in advance,” he said.

Chinese blue chips fell 1.8 percent, while shares in Hong Kong fell two percent, both to their lowest levels since mid-March.

The spot yuan hit 6.4478 per US dollar, its lowest level since October.

The declines pulled the broadest MSCI index of Asia-Pacific stocks outside of Japan 0.6 percent lower, despite gains in Korea and Australia, where the local benchmark rose 0.4 percent to not far from a record high.

A prolonged slowdown in China would have significant global spillovers, International Monetary Fund director Kristalina Georgieva said on Thursday, adding that Beijing has room to adjust policy to provide support.

Deutsche Bank’s chief economist David Folkerts-Landau, meanwhile, warned that a US recession at the end of 2023 is now a baseline scenario.

“Get ready for a hard landing,” he said, signaling the possibility of a Fed funds rate in the 4.5-5 percent range and euro-zone interest rates at 2-2.5 percent.

Deutsche Bank also noted that the magnitude of Fed rate hikes priced in by December had reached a new high of 227 bps. Added to last month’s increase of 25 bps, this means the Fed will tighten by more than 260 bps for the whole year – more than the 250 bps seen in 1994.

The 10-year government bond yield had fallen 11 basis points on Wednesday, but had risen again in Europe to 2.874 percent.

Nasdaq futures also rose more than half a percent, as positive Tesla earnings this week helped ease the stress of Netflix’s brutal slump.

The streaming company’s losses are 62 percent this year, making it the worst performer in the entire S&P 500 year-over-year.

In foreign exchange markets, the euro rose 0.6 percent again to above $1.09 and also made gains against the Japanese yen, Swiss franc and Norwegian krone.

“The euro is all about the ECB’s pace for July gains,” said Kenneth Broux, an FX strategist at Societe Generale in London.