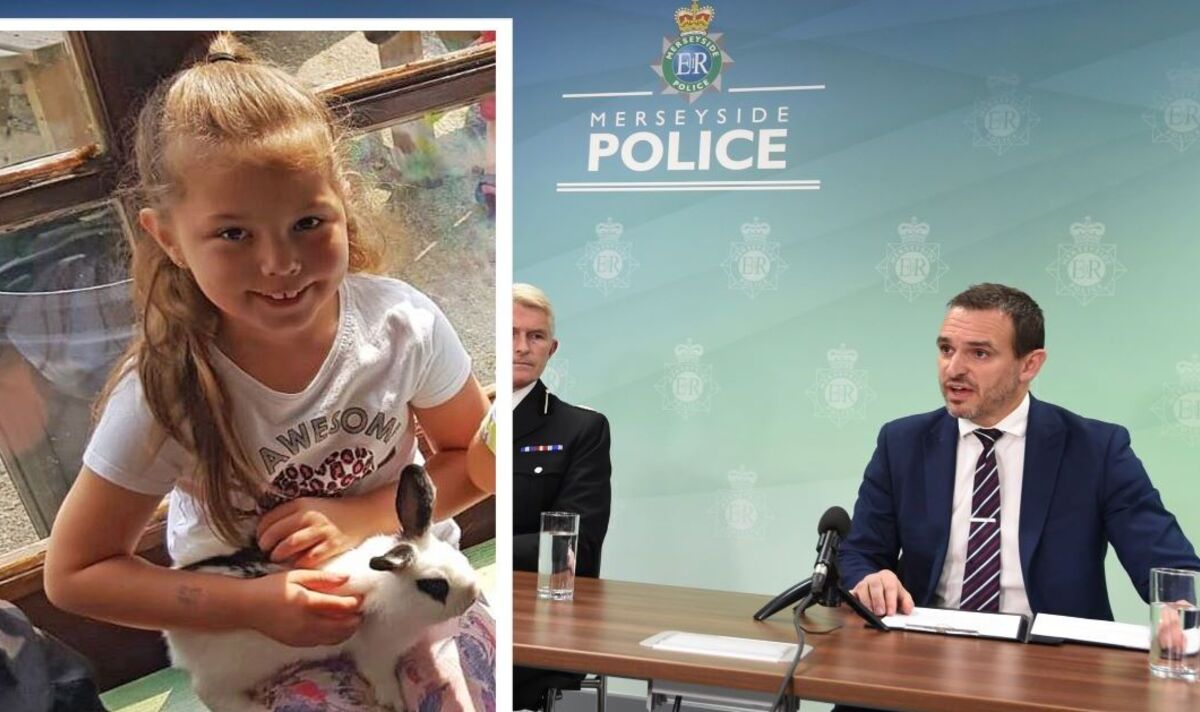 Thomas Cashman, 34, has also been charged with the attempted murder of Olivia’s mother Cheryl Korbel, and Joseph Nee, 35. He will appear in court on Monday.

Olivia was shot when Cheryl, 46, tried to stop a gunman with two firearms entering their home six weeks ago.

He was apparently chasing Mr Nee, who had broken into the premises in Dovecot, Liverpool around 10pm on August 22. But Olivia was shot in the chest.

A police officer unsuccessfully tried to save the little girl’s life by using her hand to cover her gunshot wound as he carried her to the hospital. Cheryl’s wrist was injured in the shooting.

The murder stunned the country and sent shockwaves through Merseyside.

Cashman, of West Derby, was arrested Thursday and charged today. He faces two more charges for possession of a firearm for endangering life.

A second man, 40-year-old Paul Russell, also from West Derby, has been charged with assisting an assailant after he was arrested on Friday. He will appear next to Cashman before the Liverpool Magistrates’ Court on Monday.

“He has also been charged with two counts of possession of a firearm for endangering life. We have further authorized the police to charge Paul Russell, 40, for aiding an assailant.

“Prosecutors from the CPS Mersey-Cheshire’s Complex Case Unit have approved the charges after reviewing a file of evidence received from Merseyside Police. Our thoughts are with the family of Olivia Pratt-Korbel at this time.”

Detective Chief Superintendent Mark Kameen said police remain committed to finding all those involved in the tragedy, including “the people who have tried to protect and protect individuals”.

He said: “Our work continues in earnest. At the beginning of the investigation, we were determined to find everyone involved in this case, including the people who tried to protect and protect individuals, and those who supplied or concealed the weapons used in this case. incident.

“We have had an overwhelming response and support from the public since the tragic murder of Olivia and I would like to ask for your continued support so that we can fulfill the promise we have made to Olivia’s family and the local community to ensure that the those involved get justice.”

On September 15, hundreds of mourners attended her funeral service at St Margaret Mary’s Church in Dovecot, a few blocks from where the shooting took place.

Pink ties, jackets, scarves and bows were worn by those attending the service after her family asked people to wear a “splash of pink.”

Ms Korbel wore a pink teddy bear to the service, in which she said: “Liv touched the hearts of so many people and was loved and adored by all. She will never be forgotten.

“I will never say goodbye, but what I will say is goodnight, I love you, see you tomorrow.”

The investigation into Olivia’s murder is still ongoing and the police continue to call on people with information to come forward. Anyone with information is requested to contact CrimestoppersUK on 0800 555 111.

A police spokesperson added: “If you have CCTV/dashcam/smart doorbell footage that could help our investigation, they can be downloaded on the dedicated public portal for Olivia’s murder, which goes straight to the investigation team. Images can be submitted on the public portal (mipp.police.uk).”