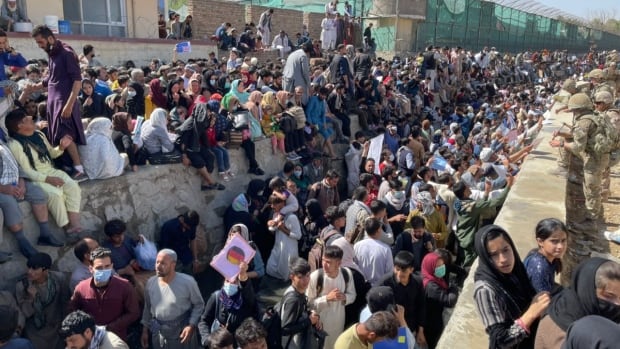 Some moments require clear language. Evaluating the chaotic end of Western involvement in Afghanistan is one of those moments.

The Canadian and British parliaments recently released committee reports on the war in Afghanistan and the tumultuous withdrawal of Western troops. Only one of them offers a poignant example of the kind of brutal self-reflection that should be at the heart of our democratic system.

“The international withdrawal from Afghanistan has been a disaster in terms of planning, implementation and impact on the UK’s wider interests,” the British Foreign Affairs Committee wrote in its final report, released on May 22, 2022.

“It was a betrayal of our partners in the country and, worst of all, it undermined the security of the UK by encouraging our enemies to act against us.”

And those were just the first two sentences of a blistering 60-page report that staunchly dissected Britain’s evacuation efforts and the way Afghanistan’s allies left it to their own devices.

Western military involvement in Afghanistan ended in August 2021 when allied countries, led by the US, completed their withdrawal.

The two-week airlift that removed Western troops from the country brought despair and horror. In the early days, people desperate for Taliban rule flooded the tarmac of the airport in Kabul, and some fell dead after clinging to departing planes.

The former chief of the armed forces told us the decision to withdraw was ‘strategically illiterate and morally bankrupt’, while the former national security adviser called it ‘bad policy, poorly executed,’ the British commission report said. for foreign affairs. “It is an act of strategic self-harm.'”

The UK commission’s report, endorsed by members of both the governing and opposition parties, went on to say that the decision to leave Afghanistan has “damaged the reputation of the UK and its allies and [U.K.] the government’s ability to achieve its foreign policy objectives for years to come.”

Imagine hearing such candid assessment from the lips of Canadian parliamentarians or senior defense and security officials.

In fairness, two former Canadian generals, other former members of the military and officials of humanitarian organizations have given candid and lucid testimony to Canada’s Special Committee on Afghanistan in recent months.

But when it came time for a committee of Canadian parliamentarians to speak the truth to power, the result was decidedly more restrained.

“Even if the exact point at which Taliban ascendancy became inevitable could not be predicted with certainty, the Special Committee believes that greater caution — and thus a more proactive approach — was warranted in response to Afghanistan’s markedly deteriorating trajectory. “, it reads. the assessment of the Special Committee on Afghanistan – buried on page 38 of its 86-page report, submitted last week with little fanfare.

While the phrase “greater caution” may sound like war words to the Ottawa bureaucracy, it probably comes as cold consolation to the thousands of Afghans who believed in what countries like Canada were doing in Afghanistan and who had to flee for their lives. Some of them are still on the run.

“Testimonials underlined the danger to those associated with the international coalition. Given the Taliban’s history and the long campaign they waged against the coalition forces and the Afghan Republic, the risks were well known,” the Canadian parliamentary report said.

The call for “more caution” can also be a bitter pill to swallow for tens of thousands of military and non-military Canadians whose lives have been forever changed by more than a dozen years of warfare.

“The special committee recognizes the complexity and danger of the Kabul airlift operation and commends those who made it possible,” the Canadian parliamentary report said.

“At the same time, it believes that the risks associated with the Taliban long before August 15, 2021 should have compelled greater urgency and a more systematic policy and planning effort across the Canadian government to help people get to safety before much became harder to do.”

It’s a quintessentially Canadian approach—polite and understated—to a humanitarian disaster.

Canadian House of Commons Committee Report Reflects on the “Machines” [of] government” and its systemic errors, while emphatically avoiding judgment or pointing fingers – a sharp contrast to the report’s tone from the UK

“There have been systematic deficiencies in intelligence, diplomacy, planning and preparation that have raised questions about the mechanism of the government, particularly the National Security Council,” the UK Parliament report said. “The UK government has failed to effectively shape or respond to Washington’s decision to withdraw, despite 18 months’ notice.”

The British report adds that, even as other allies struggled to predict the speed of the Taliban takeover, “the fact that this came as a surprise to many, including the militants themselves, does not excuse the failures of the Taliban.” UK, but rather makes it more urgent to identify where information gathering, analysis and planning fell short.”

You will not find such a blunt inventory in the Canadian report.

In fact, the Canadian special commission suggested that Global Affairs, the Department of National Defense and Immigration Refugees and Citizenship Canada appeared to have taken steps to isolate itself from criticism.

“Some departments have conducted an internal exercise of lessons learned or a post-action evaluation,” the Canadian parliamentary report said.

“However, the results of those exercises were not communicated to the special commission, and it was not clear that a formal, comprehensive and government-initiated review had been completed.”

When the UK commission was opposed – particularly over questions related to the evacuation of a UK homeless animal charity from Afghanistan – it did not hesitate to call the UK Foreign Office in its final report due to a lack of transparency.

“The FCDO has repeatedly given us answers which, in our view, are intentionally evasive at best and often deliberately misleading,” the UK report said.

Aside from investigating the evacuation and resettlement of Afghan refugees, Canada’s Parliamentary Commission of Humanitarian Groups was heard saying federal anti-terror laws are standing in the way of delivering aid to Afghanistan — where the economy has collapsed and more than three-quarters of the population will soon be. below the poverty line.

The Taliban is on Canada’s list of terrorist entities and the prevailing view is that indirect payments to Afghanistan in any form would risk violating the Criminal Code.

Canada is the only one of its allies to make no exception for charitable work.

It is here that the Canadian Commons Commission came closest to an admonition.

“The Special Committee would like to express that it does not believe that Canada’s own policies, regulatory and legislative action to facilitate legitimate humanitarian action would equate to legitimizing the Taliban,” the Canadian report said.

“The Special Committee, as noted, understands the complexity of this situation. However, it is concerned that many months have passed since the Taliban takeover in Afghanistan, when the needs of the population are known to be dire.”

That’s an understatement. As many as 23 million people in Afghanistan now face the possibility of famine.

International Development Minister Hajit Sajjan told the committee earlier this spring that he could not provide a timeline to address the issue, but assured MPs that Global Affairs Canada is “working with Justice and Public Security to find the best step to move forward.” “.

While Canada is discussing its next actions, the UK parliamentary committee — in a flash of goodwill in an otherwise burning report — praised Prime Minister Boris Johnson’s government for sending representatives to Kabul on two occasions and for taking action ” any opportunity that presents itself to sit down with” the Taliban at the ministerial level outside Afghanistan.

Johnson, the report said, has decided it “makes no sense” for the UK to “stand on the sidelines”.