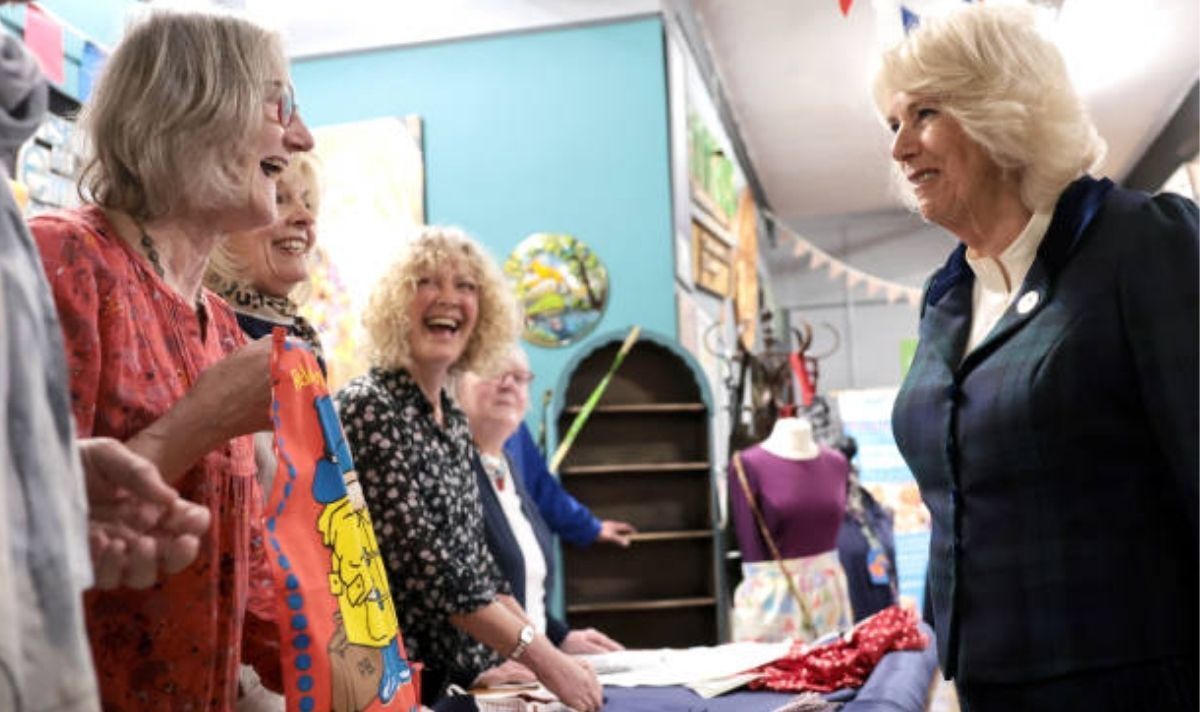 The Duchess of Cornwall was visiting Emmaus UK in Mossley, Ashton-under-Lyne, a social enterprise community that supports the homeless and provides them with education and training, when she found the bargain.

The royal correspondent wrote: “Camilla also had a nose for the @EmmausUK store and went looking for a silver anniversary mug commemorating £1.50!

“She said, ‘Believe it or not, I have a collection of them!'”

The future Queen Consort seemed impressed with the rest of the bargains on offer, the Evening Standard reported, as she noted: “Oohh, there’s a really nice teapot here for anyone who collects them.

“I wish I had a little more time here. It’s a great place to get presents if you have time.”

The Duchess attended a pre-anniversary Big Lunch as part of the celebration of the Queen’s seven decades on the throne, which will be commemorated next month.

Camilla is the patroness of both Emmaus UK and The Big Lunch, an annual community gathering, and was greeted on her arrival by a 4-foot-tall doll named Padmini.

The doll is part of Global Grooves, a group of artists taking part in the platinum anniversary celebrations in a parade on June 5.

Addressing the crowd, the Duchess said: “I am thrilled to have everyone here today to celebrate the anniversary weekend, and I hope you have an even bigger lunch that day.

“The goal is 10 million people, we hope for that.

“It’s a beautiful way to celebrate.

“It’s a fun way to get to know your neighbors and eat lots of goodies and chat.”