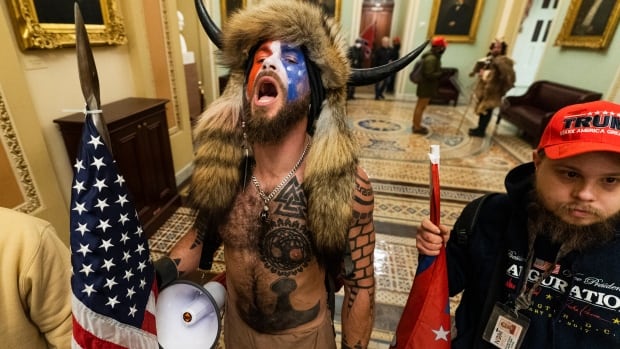 The Canadian intelligence community will have to grapple with the growing influence of anti-democratic forces in the United States — including threats from conservative media outlets like Fox News — says a new report from a task force of intelligence experts.

“The United States is and will remain our closest ally, but it can also become a source of threat and instability,” says a newly published report written by a task force of former national security advisers, former directors of the Canadian Security Intelligence Service (CSIS). ex-ministers, former ambassadors and academics.

Now is the time for the federal government to rethink its approach to national security, the report concludes.

The authors — some of whom had access to Canada’s most prized secrets and briefed the cabinet on emerging threats — say Canada has become complacent in its national security strategies and unwilling to face threats such as Russian and Chinese espionage, the “democratic setback” in the United States, an increase in cyber attacks and climate change.

“We believe the threats are quite serious right now, affecting Canada,” said study co-author Vincent Rigby, who was national security adviser to Prime Minister Justin Trudeau until a few months ago.

“We don’t want it to take a crisis” [the] government of Canada to wake up.”

The report he helped write says that one area that needs a policy pivot is Canada’s relationship with the United States.

Thomas Juneau, co-director of the task force and associate professor in the University of Ottawa’s School of Public and International Affairs, said that while Canada’s right-wing extremism is homegrown, cross-border connections between extremist groups are alarming.

He pointed to Senator Doug Mastriano’s recent victory in the Republican primary for governor of Pennsylvania. Mastriano is a well-known proponent of the lie that electoral fraud caused the loss of former President Donald Trump in 2020.

“There are serious risks of Democratic backlash in the US and at this point that’s not a theoretical risk,” Juneau said.

“So all of that poses a serious threat to our sovereignty, to our security, and in some cases to our democratic institutions… We need to rethink our relationship with the United States.”

The report points to the convoy protest that occupied central Ottawa in February and the accompanying blockades in a handful of border towns earlier this winter. What started as a wide-ranging protest against COVID-19 restrictions turned into an even wider rally against government authority itself, with some protesters calling for the overthrow of the elected government.

RCMP said they seized a stockpile of weapons at the protest site near Coutts, Alta.; four people are now charged with conspiracy to commit murder.

It “should be a wake-up call,” Rigby said.

“We may have dodged a bullet there. We actually did. And we hope the government and… other levels of government have learned lessons.”

The Canadian protests were supported by US politicians and conservative media, including Fox News, the report said.

“This may not have been foreign interference in the conventional sense, as it was not the result of any foreign government’s actions. But it posed, arguably, a greater threat to Canadian democracy than the actions of any state other than the United States” , the report says.

“It will be a major challenge for our national security and intelligence agencies to keep an eye on this threat, as it comes from the same country that is by far our largest source of intelligence.”

During the convoy protest, Fox host Tucker Carlson — whose show draws millions of viewers every night — called Trudeau a “Stalinist dictator” on the air, accusing him of “suspending democracy and declaring Canada a dictatorship.”

Carlson himself has recently been attacked for pushing the concept of replacement theory — a racist concept that claims white Americans are intentionally replaced by immigration.

The theory was cited in the manifesto of the 18-year-old man charged with the mass shooting in a predominantly black neighborhood in Buffalo, NY earlier this month.

The conspiracy theory has also been linked to previous mass shootings, including the 2019 mosque shootings in Christchurch, New Zealand.

“That’s completely new. That calls for a new way of thinking and a new way of dealing with our relationship with the US”

Talking to the US doesn’t have to be awkward, but it has to happen, Rigby said.

“We had those conversations during President Trump’s term and things continue. Does it get a little more challenging when you have a president like Mr. Trump? Absolutely, no doubt. But we’re still close, close allies.”

That’s why both Rigby and Juneau hope the report will spur the government to launch a new overhaul of the national security strategy — something that hasn’t happened since 2004.

“I know there’s a certain cynicism around producing these strategies… another massive report that will end up on a shelf and gather dust,” Rigby said.

“But when done right, they are done quickly and are done efficiently and effectively — and our allies have done them — they can work and are important.”

The report makes a number of recommendations. It wants a review of CSIS enabling legislation, greater use of open source intelligence, and efforts to strengthen cybersecurity. It also urges normally classified intelligence agencies to be more open to the public by releasing more intelligence and publishing annual threat assessments.

“It’s time to step out of the shadows and face these challenges.”