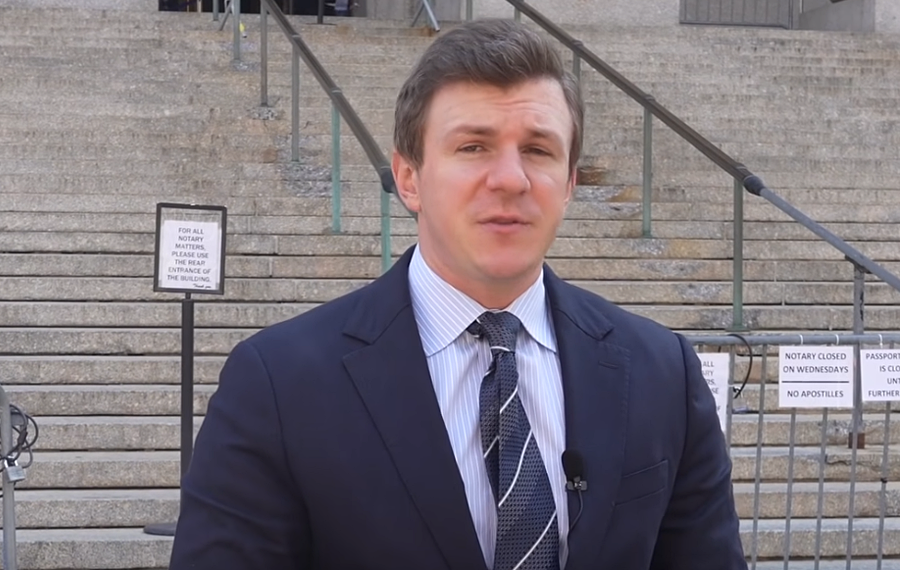 WASHINGTON, DC – Conservative undercover group Project Veritas claimed in a court filing this week – using documents obtained from Microsoft as evidence – that the Department of Justice secretly seized emails from the organization’s reporters while circumnavigating the orders of a federal judge in the process.

Lawyers for Project Veritas made the allegations on Tuesday as a part of its current battle against the DOJ; in November 2021, FBI agents had conducted a raid and searched the apartment of Project Veritas founder James O’Keefe – after having previously raided the homes of two other Project Veritas members – as part of their investigation into the theft of the diary of Ashley Biden , President Joe Biden’s daughter.

It was reported that the Justice Department has been investigating the diary’s disappearance since October 2020; at that time, a Biden family member had told authorities that Ashley had personal belongings stolen in a burglary.

The diary was later presented to O’Keefe in an attempt to sell it due to “explosive allegations” contained within, but O’Keefe stated that his organization declined to publish it since they were unable to confirm that it was authentic at that time. Instead, O’Keefe said that Project Veritas turned it over to law enforcement.

Big Tech is using a content filtering system called “NewsGuard” for online censorship. Take a few moments and watch our short video about NewsGuard to learn how they control the narrative for the Lamestream Media and help keep you in the dark. NewsGuard works with news apps and search engines to make it harder for you to find certain content they feel is ‘missing context’ or stories their editors deem “not in your best interest to read” – regardless of whether they are true and/or factually accurate. They also work with large payment processors and ad-networks to cut off revenue streams to publications they rate poorly by their same bias standards. This should be criminal in America. You can bypass this third-world nonsense and help support us by signing up for our featured stories by email and get the good stuff delivered right to your inbox.

O’Keefe’s cell phone was seized during the raid on his apartment, an act that Project Veritas is actively fighting against due to the phone reportedly containing “a large amount of attorney-client privileged material, First Amendment-protected material, as well as confidential donor information.”

Judge Analisa Torres, who is presiding over the case, had appointed a “special master” to review the material on O’Keefe’s phone and determine what material the DOJ may have access to, and what material would be considered privileged and thus, untouchable.

However, lawyers for Project Veritas are asserting that the DOJ went behind Judge Torres’ back by issuing clandestine subpoenas to Microsoft to obtain emails of Project Veritas reporters; some of these alleged subpoenas – which were obtained by organization’s attorneys and presented as evidence in Tuesday’s court filing – took the form of gag orders that prohibited Microsoft from saying anything about the DOJ’s actions.

“It appears that the government misled this court by omission, failing to disclose during the briefing and arguments over the appointment of a special master that the government had already obtained through these surreptitious actions many of the privileged communications this court charged the special master with protecting ,” court documents filed by Project Veritas’ legal team read.

The DOJ’s subpoenas enabled them to get a hold of all emails from an unnamed Project Veritas reporter between January 1, 2020 and January 26, 2021, which the DOJ alleges contain “evidence of communications regarding or in furtherance of the subject offenses, such as communications with or regarding Ashley Biden, President Joseph R. Biden, Jr. (and representatives thereof), and/or Ashley Biden’s associates regarding recovered property.”