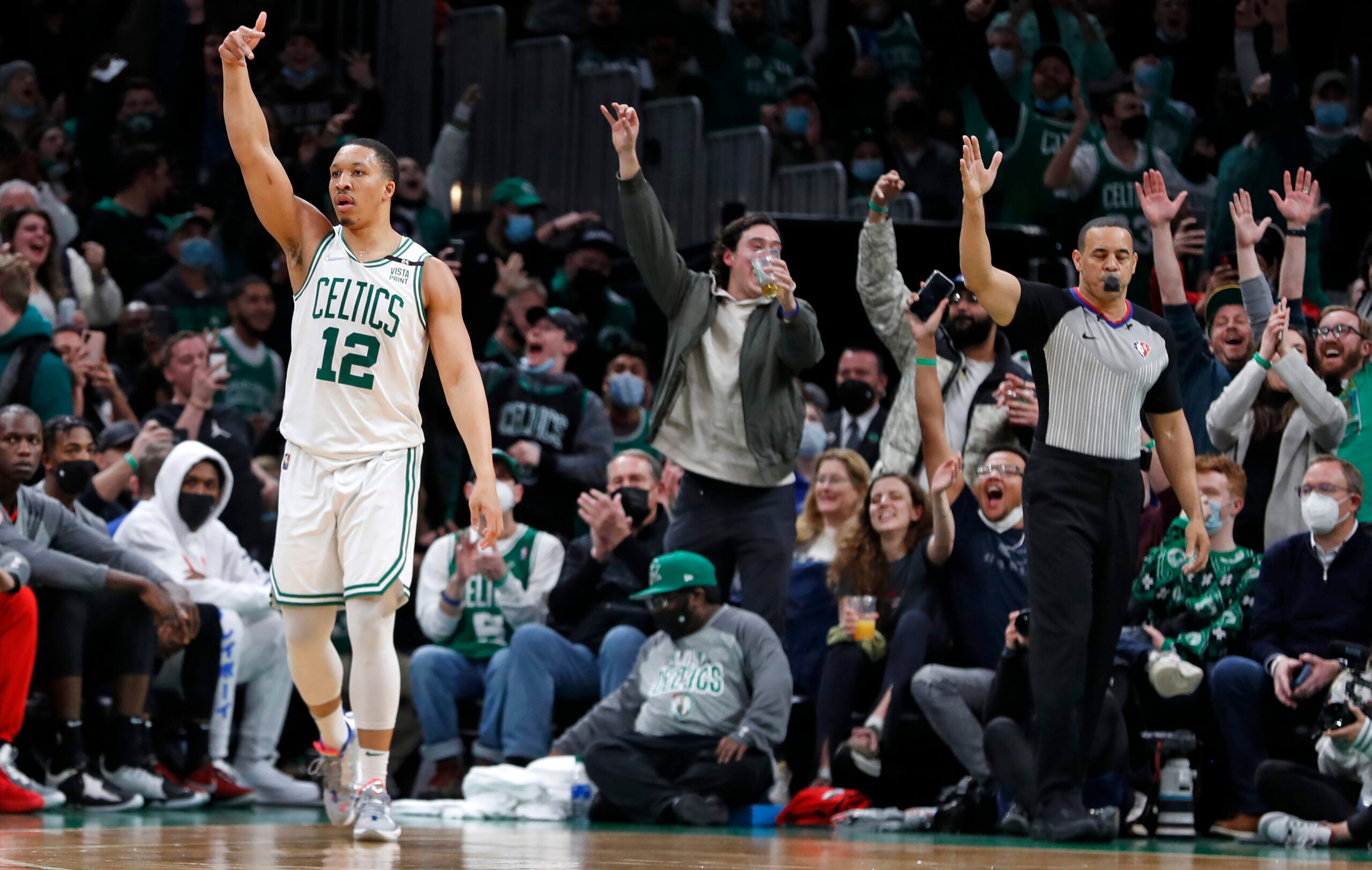 Is March late enough for the Celtics to start watching the Eastern Conference standings?

One would hope so, because the standings are getting really interesting. On Tuesday, the Celtics rallied to beat the Hawks and maintain their six-seed position. On Wednesday, the fifth-place Cavaliers got blown out by the Hornets (led by Terry Rozier, who posted a 29-7-7 stat line). While the Cavaliers maintain their hold on fifth place in the East by a couple of percentage points, the Celtics and Cavaliers are both just 4.5 games out of first place. The Celtics have the season tiebreaker after going 2-1 against the Cavaliers.

Meanwhile, first place inched a little closer as well: The Heat melted down the stretch against the Bucks and lost after a 21-6 run capped by Jrue Holiday’s floater. If the Heat had held off the Bucks, the Celtics would have been just a game behind the Bucks. They hold a 2-1 advantage over the Bucks in the season series with one game remaining on April 7.

The gap between the Celtics and Heat would be tough to make up in a month, but just three games separate the No. 2 Bulls and the Celtics. The eighth-place team (Brooklyn) remains the betting favorite to win the conference. The East is chaos. March should be a lot of fun.

A few other Celtics notes from Wednesday:

Terry Rozier wasn’t the only former Celtic to help against the Cavaliers. Isaiah Thomas signed a 10-day deal with the Hornets, and he provided scoring punch off the bench with 10 points including eight in the third quarter. Thomas missed his first three shots but went 5-for-8 the rest of the way with five rebounds and three assists.

“He can do this in his sleep,” Rozier said after the game.

Brown sprained his ankle against the Hawks on Tuesday.

“He had some swelling but pain as well, obviously, more so than last night,” Ime Udoka said after Celtics practice on Wednesday. “Get evaluated over the next few days. Unlikely tomorrow but unless something happens overnight, you never know. But it’ll be a day-to-day thing.”

“It’s really about pain tolerance and getting the swelling out and flexibility back in it,” Udoka added. “So like I said, ankle is an ankle and it’s pretty self-explanatory as far as when he can come back more so than a muscle injury.”

With the Celtics ahead by four in the fourth quarter on Tuesday, Al Horford cashed in a 3-pointer off a pass from Jayson Tatum. Tatum pumped his fists and roared, a reaction Horford appreciated. When Tatum is happy, his teammates seem to notice.

“For him in a moment like that, I was excited but you could tell how excited he was and how much that fuels our team,” Horford said. “It’s one of those guys that he has taken a step forward in that regard. He is being more vocal. He’s letting us know what he’s thinking, how he’s feeling. For me, it gives me a lot of confidence, and it’s encouraging to know that he has my back. He’s obviously really trying to win, he’s trying to do things the right way.

“I know exactly what you’re talking about and that was a huge momentum shift I felt when that happened. Seeing him that excited, that engaged, it’s a good sign for our group.”

On Tuesday when he was asked about the electrifying Grizzlies point guard, Grant Williams said he believes Morant has been the league’s MVP to date. On Wednesday, Horford was similarly complimentary.

“Big fan of his,” Horford said. “Just so impressive of how relentless he is and how he’s gotten better. You see him getting to the basket which is impressive but also shooting the ball, he’s shooting the ball pretty well from the 3-point line and just being very aggressive, very free.

“Their team in general, they play the right way, they move the ball, everybody seems to know their role, they are a very fun team to watch.”

The Celtics and Grizzlies tip off at 7:30 pm on TNT.

Get breaking news and analysis delivered to your inbox during basketball season.