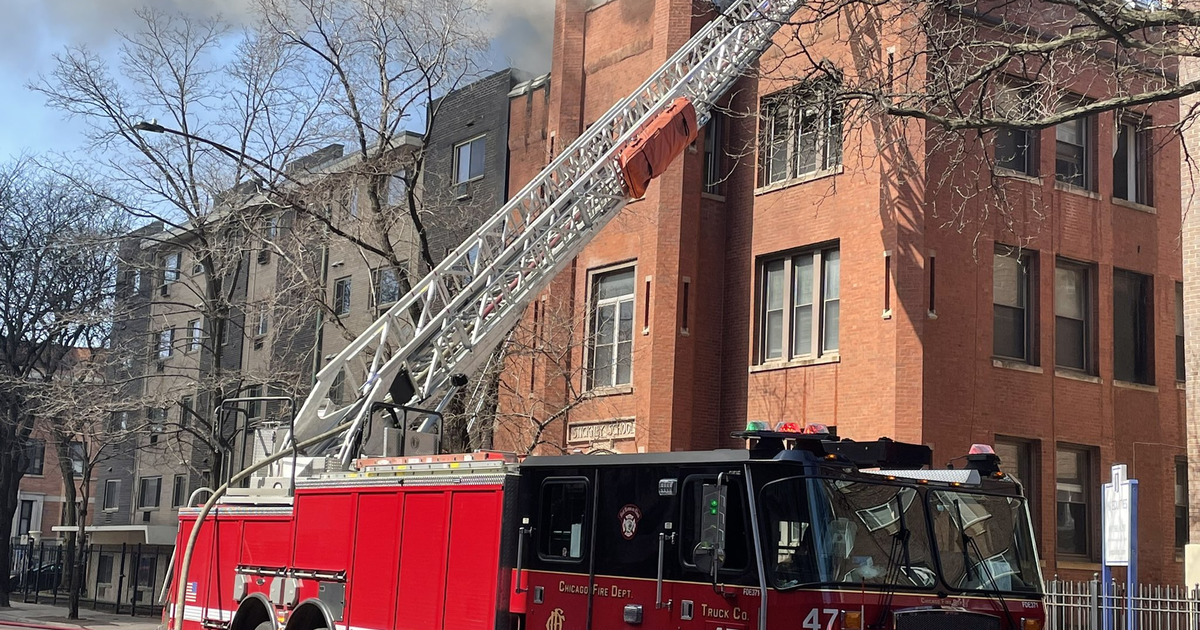 CHICAGO (CBS) — Chicago firefighters are responding to a fire in the Edgewater neighborhood.

The blaze broke out on the roof of the residential building 1054 W. Hollywood Ave. It was reported just after 1 pm Tuesday afternoon, and the Fire Department called a still-and-box alarm for extra manpower and epuipment.

So far, there are no reports of injuries.

The condo building is historic, having been constructed in 1903 as the private Stickney School, founded by Massachusetts-born sisters Julia Noyes Stickney (1870-1951) and Josephine Stickney (1872-1956). The school included a co-ed K-8 program and a high school for girls, which was focused on preparing girls to attend colleges such as Smith, Holyoke, Wellesley, Bryn Mawr, and Vassar, according to the Edgewater Historical Society.

A historic resources survey for the Redefine the Drive Project noted that the building was designed by architect JEO Pridmore, a native of England who lived in Edgewater. The survey notes the red brick building’s architectural significance.

“With prominent historic features such as a crenelated parapet and arched limestone doorway surround, the school building stands in visually pleasing contrast to adjacent 1960s four-plus-one apartment structures that stand on either side of it,” the survey notes.

The building is also a familiar sight to many motorists. The stretch of Hollywood Avenue where it is located is in one of the main routes to DuSable Lake Shore Drive in that area, and part of a link between the Drive and the Edens Expressway together with Peterson and Ridge avenues.

This is a developing story.

The CBSChicago team is a group of experienced journalists who bring you the content on CBSChicago.com.