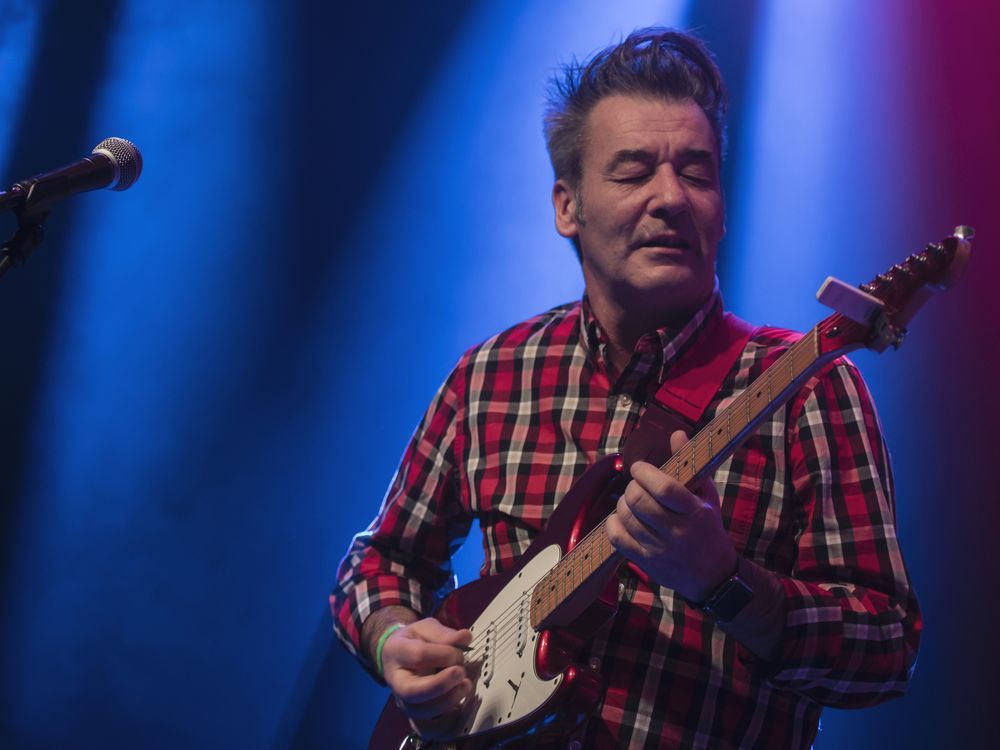 Reviews and recommendations are unbiased and products are selected independently. Postmedia may earn an affiliate commission for purchases made through links on this page.

Founded in Kirkby, near Liverpool, in 1979, China Crisis grew out of the same British post-punk scene that spawned bands such as Echo and the Bunnymen, the Cure and Simple Minds. The group scored 10 hit singles in the UK between 1982 and 1987, including their best-known song (at least in North America) Wishful Thinking.

After six albums of melodic, pristine pop, co-founders Gary Daly and Eddie Lundon took an extended break from recording before releasing 2015’s Autumn in the Neighborhood. We spoke to Lundon about working with Steely Dan’s Walter Becker, teaching songwriting and returning to North America.

Q: Walter Becker produced your 1985 album Show Off the Imperfection. How did that happen?

A: We were touring with Simple Minds in the US and we went to meet the record label. We had two albums out and they were curious who we would be working with next. We mentioned Gary Katz, the producer of the Steely Dan stuff. They came back to us and said we can do better than that, we have Walter on our books. He had already heard of us. He had the album Working with fire and steel. He lived in Maui and they flew him over to the UK and we got on well.

Q: The 2015 China Crisis album, Autumn in the Neighborhood, was a return to form after 20 years. Were the songs written over a long period of time?

A: We love that album. I consider it to be on top there with Show off the imperfection. They were songs that we probably had for 10 years. Some are written in the year of release. The trick was to make them sound like they all came from the same place.

Q: Who have you discovered is a fan or influenced by you that surprised you?

A: This much. The fact that Walter liked us was great. We got to tour with David Bowie and he was a fan. The most surprising was Alice Cooper. That was bizarre. And Santana. We toured North America with Carlos. It transcends a genre thing.

Q: You will also teach songwriting at the Liverpool Institute for Performing Arts. Let’s say I’m a student taking your class. What’s the first thing I’m going to learn?

A: First of all, there are four elements you need to know. The song needs to have a strong melody to be memorable from a distance. It should have nice chords and good structure. And it has to be a bit lyrically appropriate so that you get the points you want to say. If you have those four elements, in theory you should have a good track.

Q: What is the most current number you use as an example?

A: Some of the songs I use are from students who have recently left and are doing well. We had a great songwriter from Norway, Caroline Ailin, and she did an incredible job. She co-wrote the new rules for Dua Lipa.

One of the hard things I found about the education side of it was that 99 percent of students come to the institute with the intention of becoming a pop star or successful artist. Sometimes the psyche changes over the course of the three or four years that they are there. Maybe they think it’s not that easy, it’s not reasonable for them to become pop stars. Some will wander off into songwriting or management.

Caroline is one of those people. When she came to us, she wanted to be an artist. I could never see it happening with the band she was in. So there was a lot of help convincing her to focus on the songwriting side of it. I’m so glad it worked out for her. She kills it.

Q: You’ve just completed what the band called an “anniversary tour.” Is this North American leg part of that?

A: Well, there will be songs from every album, so in that respect it’s an anniversary tour. Obviously, going to the United States and Canada is expensive. The visas, the flights, the transport. We really need to strip it back. We are there alone as a foursome. When we did the anniversary tour, we were on stage with a maximum of 12 people. Unfortunately we can’t bring that many. But the songs we’re going to play go all the way back to the first album. It’s a two hour set.

Q: Do you remember the last time China Crisis played against Vancouver?

A: We usually come to Toronto alone. We haven’t been back in 20 years. And I love Vancouver. Every time we were there we did things – Stanley Park, Grouse Mountain. And this time it’s my birthday.

More news, less ads, faster loading time: Get unlimited, ad-lite access to the Vancouver Sun, the province, National Post and 13 other Canadian news sites for just $14/month or $140/year. Sign up now through the Vancouver Sun of The Province.