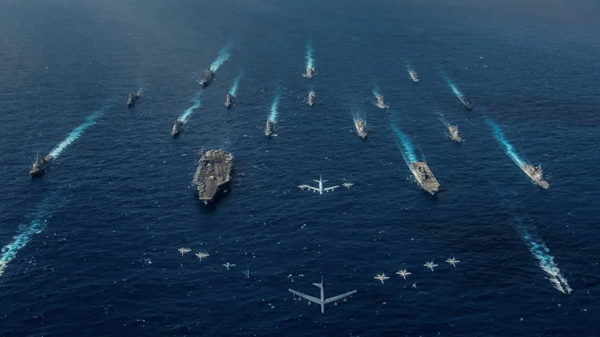 The leadership of the People’s Liberation Army’s “Eastern Theater” has completed its military training missions near Taiwan and will regularly patrol the region, the regional military command center said in a statement.
And Bloomberg news agency quoted Taiwan as saying China’s exercises show preparations for a possible attack.
Yesterday, Taiwan began sharp artillery ammunition exercises amid ongoing Chinese military exercises around the island.
The exercises using live artillery ammunition known as “Tian Li” exercises were announced in late July, before US House Speaker Nancy Pelosi’s visit to Taiwan last week infuriated China.
Remarkably, the exercises are intended to simulate the defense of Taiwan against an attack by the Chinese army.
Taiwan’s Foreign Ministry condemned China’s expansion of its maneuvers near Taiwan, saying Beijing’s activities show it plans to connect Bahrain, east and south of China, across the Taiwan Strait and entire region within its internal waters.