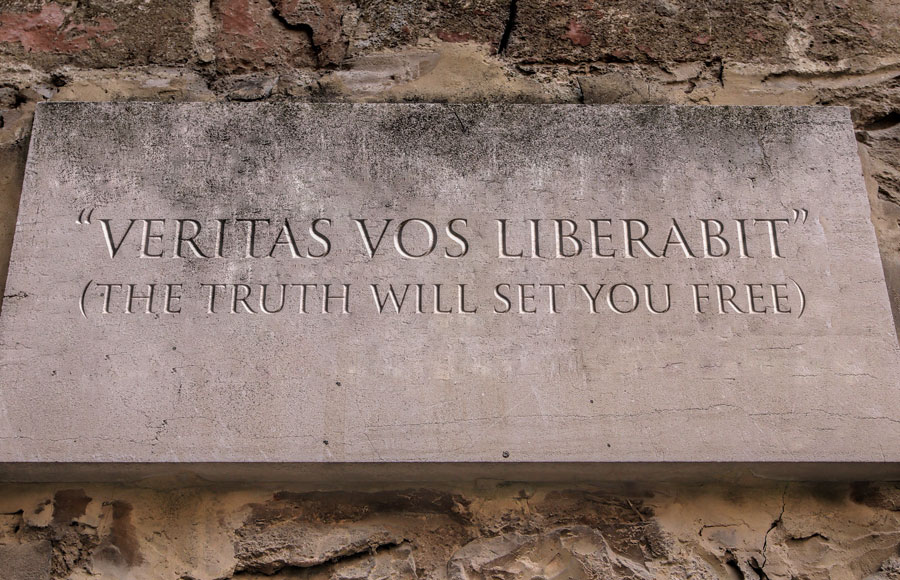 The choice is complicated by the fact that the bad side pretends to be good and accuses the good side of being bad. The prophet Isaiah warned us about this very thing by saying, “Woe to those who call evil good, and good evil; who put darkness for light and light for darkness; who put bitter for sweet and sweet for bitter!” (RSV Isaiah 5:20)

Fortunately, the historical record makes it easy to identify some of the fundamental differences between right and wrong. Imagine the following situation:

Freedom. The good side fights for freedom and the bad side fights against it. The struggle against freedom – in the form of communism and socialism – has claimed the lives of more than 100 million people. Left-wing Americans actively fight against most forms of freedom, especially freedom of speech, free and fair elections, free enterprise, freedom of religion, and rights to self-defense. The political, educational and business leaders fighting for freedom are siding with the most destructive cause in human history. For more happiness and less misery, always remember this basic fact: the good side fights for freedom, not against it.

Big Tech uses a content filtering system for online censorship. Take a moment and check out our short video about NewsGuard to learn how to tell the story for the Lamestream Media and help keep you in the dark. NewsGuard works with news apps and search engines to make it harder for you to find content that they feel is “missing context” or stories that their editors say are “not in your best interest” – whether true and/or factually accurate to be. They also partner with major payment processors and ad networks to cut revenue streams to publications that they rate poorly by the same standards of bias. This should be criminal in America. You can get around this third world nonsense and help us out by signing up for recommended stories by email and get the good stuff straight to your inbox. Help Support Free Speech†

To be clear, by labeling or censoring opposition views as “disinformation” or “hate speech”, you are definitely ending up on the wrong side of the fight for freedom. An interesting article with examples can be found here.

Truth. The good side consistently tells the truth while the bad side relies on deceit. Lying to the left is so widespread that they even begin to deny the existence of the truth. I have published three articles on truth and liars which can be found here, here and here. The following quote is from one of those articles:

The ability to discern the truth, the wisdom to appreciate it, and the willingness to live it are among the most important questions of life. If we don’t try to discover the truth and conform our lives to it, we can easily be misled, ambushed, or oppressed… People lie to facilitate illegal theft, gain power, or for any other kind of gain or benefit.

If you support lying to promote a good cause, such as Marxist social justice, then you need to stop pretending you’re on the right side of history. If we learn to love the truth enough to fight for it, we will join the multitude of heroes and angels who have withstood the tyranny of deceit.

Love and hate. One of the best things about the good side is that they love to love and be loved. One of the worst things about the bad side is that they are willing to hate, enslave and kill to get what they want. Marxism, communism, socialism and fascism are all based on and perpetuated by class hatred. Hate the factory or property owner, hate the Jew, hate white people, hate men, hate yourself. Antifa, Black Lives Matter, Critical Race Theory and many “anti-racist” programs seem to be guilty of encouraging hatred and violence.

Americans overcame most class and racial problems until crooks and rulers started promoting hatred. Instead of fanning the fires of hatred, we should strive for more kindness and love. Almost everyone knows that living in peace is joyful and living in a state of eternal hatred is miserable. Those who perpetuate hatred and want to fight for it need compassion rather than support.

Family. Nearly all major civilizations have recognized that the family is the fundamental and necessary component of social and economic organization. Mothers and fathers have successfully served, nurtured and educated their children for thousands of years. In families, most children learn how to love and how to pass it on from generation to generation.

Most of us cherish our families enough to be willing to fight to keep them. However, a well-organized coalition of evil tries to destroy the traditional family. Extensive attacks on the family are well documented in the book, The Invincible Familywhich contains the following quotes:

Facing a landslide of data in favor of the family, modern feminists, socialists, and sexual radicals stubbornly insist that if the biological family is completely abandoned, equality-induced euphoria will engulf the world. As these zealous disciples continue to struggle for the disappearance of motherhood, one wonders what the world would be like when mothers are finally thrown into the scrap heap of history. I can imagine no greater hell than a world without mothers. (133)

This is [the radical Left’s] four-pronged proposal: remove children from the tyranny of parents, give them equal sums of money to buy what they want, give them political power and let them have lots of sex. Then they will become well-behaved, peaceful, safe, loving, cooperative beings who grow up to be well-adjusted, selfless adults who continue the feminist, socialist dream of utopian equality. (30)

Comprehensive sex education is one of the most powerful weapons in the family destruction arsenal. It pulls small children into their laps and tells them that their rightful quest is to seek and experience sex outside the protective guardrails of a committed family life… It speaks little of parenthood and a lot of fun. It speaks a lot about rights and little about injustice. Mothers and fathers are consistently the best gatekeepers of their children’s well-being. Sexual rights activists, who have a financial interest in sexualizing children, are not. (215)

In short, if you are fighting for freedom, truth, love and families, you are probably a good, honest and beneficial person. Surely you fight for good and against evil, and you will be blessed for it. When you’re fighting against freedom, for disappointment, for hate, and against families, it’s not too late to choose a brighter, better way. As explained in my last article, you’ll be glad you did.

If you are trying to remain peacefully neutral in the war between good and evil, remember that evil is aggressive and will come sooner or later for you or someone you love. Also remember, “All it takes for the triumph of evil is for good people to do nothing.” (Edmund Burke)