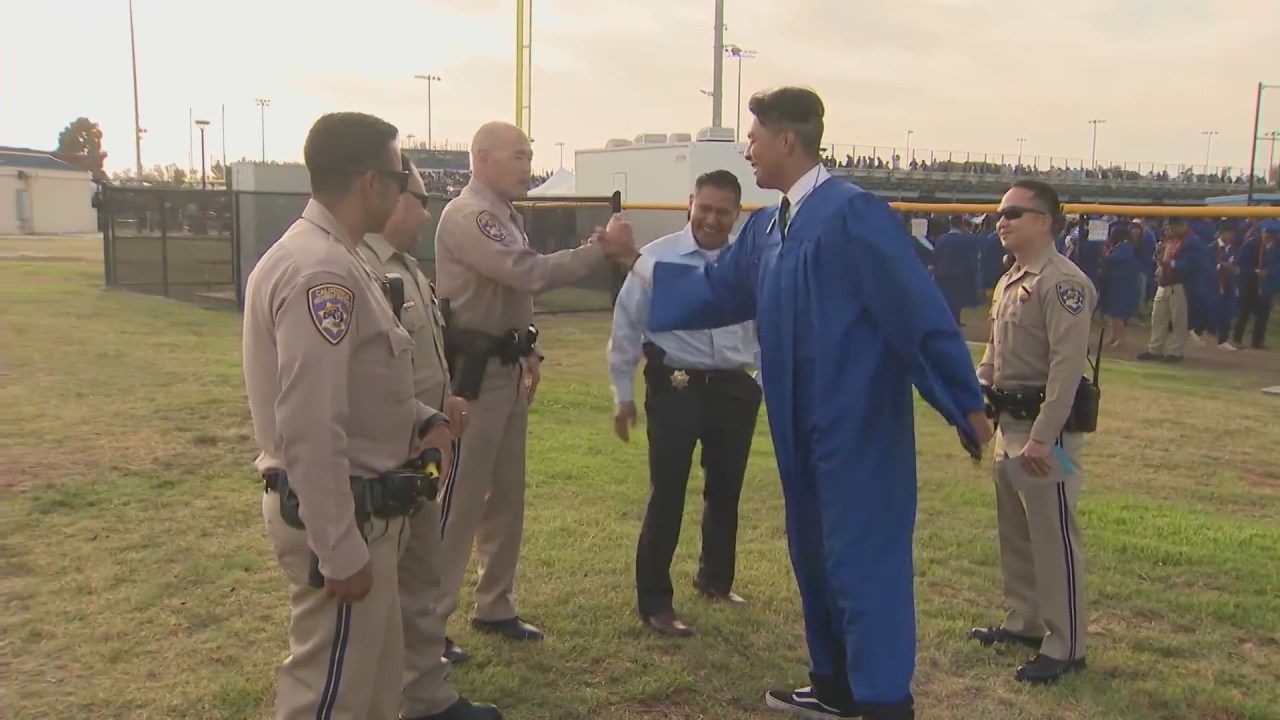 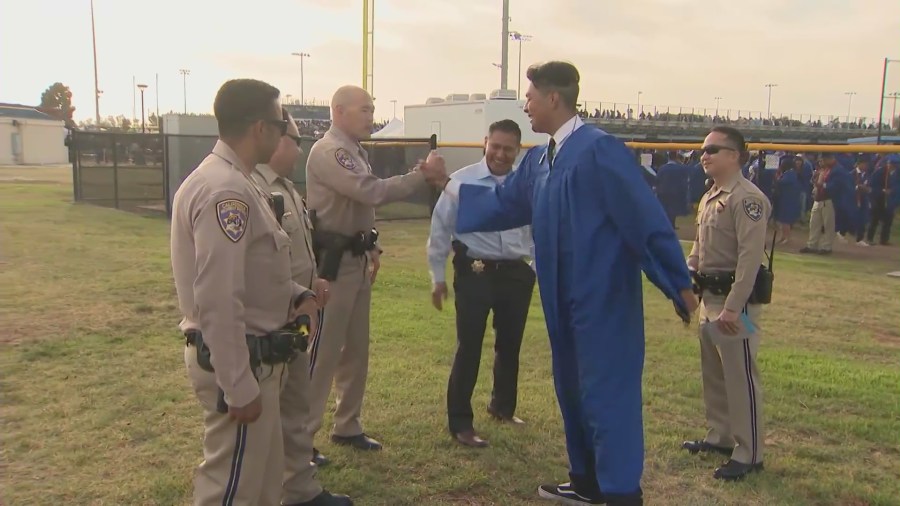 Antoine Díaz, 17, has good reason to stand firm on graduation day. He graduates Santa Ana Valley High School a year and a half early with a 4.0 GPA.

“I’m very excited. That’s what I worked for,” said Díaz. “I’m overwhelmed because I’m closing a huge chapter in my life.”

But how he got here was not easy.

California Highway Patrol Sgt. Florentino Olivera received a call earlier this year from a school police officer who told him that Díaz wanted to join the CHP Explorer program in hopes of one day having a career in law enforcement.

Díaz showed up for that meeting, only he was three hours early and he wasn’t wearing the right clothes, only sweatpants and a sweater that didn’t fit him. This went on for weeks, Olivera said.

“My family and I have financial problems, so I never had a chance to go out and buy clothes. So I wear practically the same thing every day, just washed,” Díaz said.

Olivera eventually won Díaz’s trust and later learned that his parents had divorced. Neither had a car, and Díaz traveled more than three hours a week by bus to his Explorer meeting. Then this CHP sergeant knew he had to help.

“When we saw where he lived and the conditions, it was tough,” Olivera said.

In the months that followed, Olivera and his colleagues bought more clothes and food for Díaz and his family.

By receiving such assistance, Díaz intends to prepay the benefits.

“It definitely makes me want to help less fortunate people in my community,” Díaz said.

Díaz was accepted to Cal State Fullerton, where he will begin classes in the fall.

“Very light! He is determined. Leaving him behind is not an option,” Olivera said.