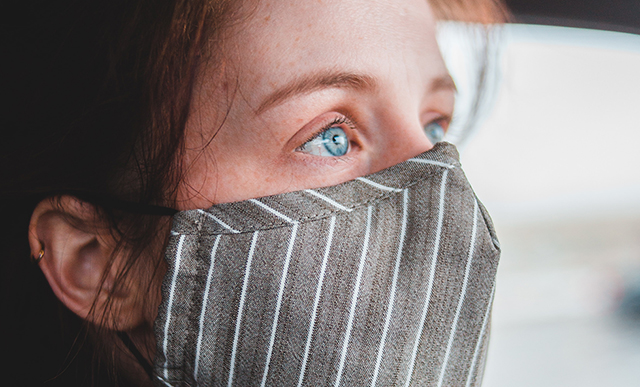 Welcome to the Glean, MinnPost’s twice-daily rundown of Minnesota news.

This from Jeremy Olson of the Star Tribune:An uptick in COVID-19 activity prompted the city of Minneapolis on Thursday to re-recommend wearing public indoor masks, although the Centers for Disease Control and Prevention considers Hennepin County to be a low risk† The seven-day rate of new COVID-19 cases has more than tripled to 227 infections per 100,000 people in Minneapolis since mid-March, and the number of new COVID-19 hospitalizations has more than doubled to 4.8 per 100,000, the city said in a statement. press release. The number of hospital admissions is above Minnesota’s COVID-19 Caution Threshold.”

Dana Ferguson writes for the Forum News Service:Minnesota companies would have an option to purchase paid family leave for their employees and receive a state tax credit to help cover it under a proposal led by the Republican-led Minnesota Senate† A Senate tax committee on Thursday passed a bill that would rewrite state law to allow insurers to offer paid family and health insurance plans to business owners — an option they don’t currently have. — and it would create a small business tax credit for every employee who enrolls in the program. Republicans first tabled the paid family leave proposal this year after Democrats on multiple occasions tabled plans to let the state release a paid leave program and passed it in the House of Representatives.”

Kirsten Swanson of KSTP-TV reports:After a damning report released Wednesday by the Minnesota Department of Human Rights (MNDHR), the state wants to use a consent decree to ensure reforms within the Minneapolis police department.† …During a presentation on the findings, Human Rights Commissioner Rebecca Lucero said the state would seek a consent decree with the department, a court-enforced, legally binding agreement. “Because the consent decree is issued by a judge, it is the judge who holds the parties accountable, with observers reporting the progress directly to the judge,” Lucero said. Commenting on the findings Wednesday afternoon, Mayor Jacob Frey said he is open to a consent decree.

Ryan Faircloth writes in the Star Tribune:A St. Olaf College professor tapped to advance debate on “highly controversial topics” through talks with guest speakers is removed from his leadership position a year earlier, sparking the debate over how colleges are handling free speech flares up† Professor Edmund Santurri, professor of philosophy and religion, was due to serve as director of the St. Olaf’s Institute for Freedom and Community until August 2023, but private university president David Anderson recently chose to revoke Santurri’s appointment . His term as director now expires at the end of this semester. He remains an active faculty member. Santurri said he thinks a virtual conversation in February with Australian philosopher Peter Singer, and the surrounding campus commotion, was the ‘tipping point’ for his removal.”

A KARE-TV story says:A judge sentenced a Minneapolis man to 27 years in prison for the murder of his neighbor† On Thursday afternoon, Demetrius Wynne, 21, was given a 324-month sentence with 1,044 days of deferred payment. In July 2015, police officers found Susan Spiller’s body in her Minneapolis home while doing a wellness check. The 68-year-old artist and community activist died of “complex murderous violence,” according to the Hennepin County Medical Examiner, but the person responsible for Spiller’s death remained a mystery.”

Also in the Star Tribune, Dee DePass writes:Downtown Minneapolis and St. Paul businesses are finally seeing the boost they hoped for with the Timberwolves and Wild making the playoffs† Both O’Donovan’s and Kieran’s Irish pubs expect to earn more than $20,000 Friday night from Timberwolves’ win or elimination at Target Center in the NBA playoffs. … The Wild will play the Colorado Avalanche at Xcel Energy Center on Friday night, still battling for home field advantage in the NHL playoffs. The nearby St. Paul Hotel is firmly booked. The intoxicating potential of playoff games is bringing a smile to the hearts of city officials on both sides of the Mississippi as the downtown area welcomes rising sales for everything from bar tabs to hotel rooms.”

Melissa Turtinen reports for FOX 9: “A black bear with a fall on its paw was spotted this week in a neighborhood in Maple Grove† And now the Minnesota Department of Natural Resources (DNR) says it will step in to help the animal. The DNR has received “multiple reports” about the bear, and in conjunction with Three Rivers Park District, department officials are planning to capture, stun and remove the trap from the bear’s leg, Andrew Tri, the project leader of the bear at the DNR, FOX 9 told Thursday.”

In The Daily Beast, Kelly Weill writes: “They are charged with stalking and sniffing, embezzlement and manipulation of evidence, sextortion and falsification of documents, stealing from a fire brigade and repeatedly using a taser on partygoers. They are charged with perjury, data breaches and obstructing prosecution, accusing them of illegal vacations, misappropriation of dental funds and tax evasion. They are a bunch of former officials from Armstrong, Iowa, where they have filed more than 100 combined criminal charges. Armstrong, located on the state’s northern border, has a population of approximately 875. But a cabal of local officials — including the town’s former mayor, his son-in-law (the town’s former police chief) and a local ex-police officer — are accused of single-handedly pushing the small enclave’s crime rates sky-high. Together they have been charged with more than 100 counts ranging from assault to embezzlement.”

MinnPost’s in-depth, independent news is free for everyone to access – no paywall or subscriptions. Will you help us keep it that way by supporting our nonprofit editorial team today with a tax-deductible donation?