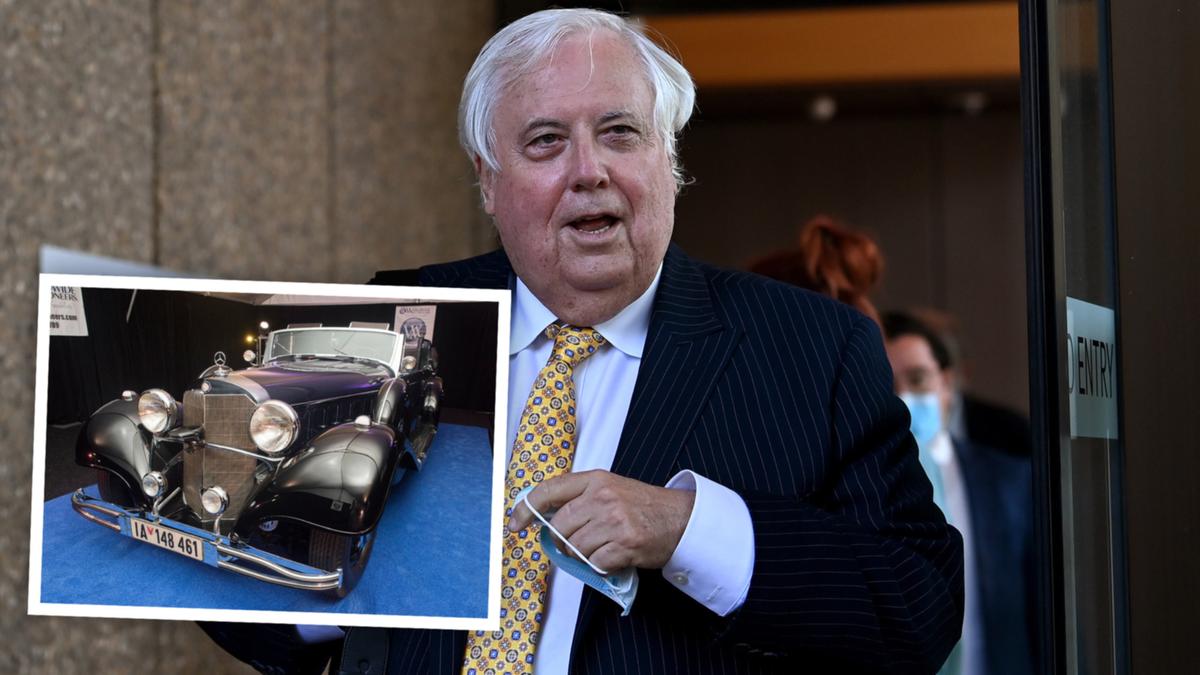 Clive Palmer has denied claims he bought and planned to import a car owned by Adolf Hitler into the country.

There had been reports the billionaire — and senate hopeful at the upcoming Federal election — purchased the Nazi leader’s bulletproof 1939 770 Grosser Offener Tourenwagen Mercedes-Benz.

However, on Thursday Mr Palmer dismissed reports of the controversial purchase as “fake news”.

Both Federal Coalition and Labor MPs have questioned Mr Palmer’s reported purchase of the car.

As revealed by the West Australian on Wednesday, Home Affairs minister Karen Andrews warned Mr Palmer the Commonwealth could intervene on the importation of the Mercedes-Benz into Australia over fears it may contain asbestos.

Ms Andrews also said The Australian Government “absolutely condemns any glorification of Nazi history and neo-Nazi extremist activity in Australia” after Perth Labor MP Patrick Gorman wrote to the Minister about the purchase by the billionaire demanding action.

“The vehicle was previously used by Adolf Hitler and I understand it is this connection that has led to Mr Palmer pursuing and purchasing the vehicle. Many of my constituents are concerned with this purchase and the message it sends,” Mr Gorman wrote in his letter on Monday.

“The Commonwealth could potentially use powers under the Customs Act 1901 to seize this grotesque purchase and penalise Mr Palmer for its (potentially) illegal importation.”

After two years of negotiations to purchase Adolf Hitler’s bulletproof Mercedes-Benz 770 Grosser Offener Tourenwagen — known as the Super Mercedes — it was reported last week that he had sealed the deal to purchase the car off an unnamed Russian billionaire.

The vehicle was seized in France by the US military at the end of World War II and purchased by an American tobacco billionaire. It has changed hands several times since.

Mr Palmer, 67, is understood to want the vehicle to add to his rare car collection.