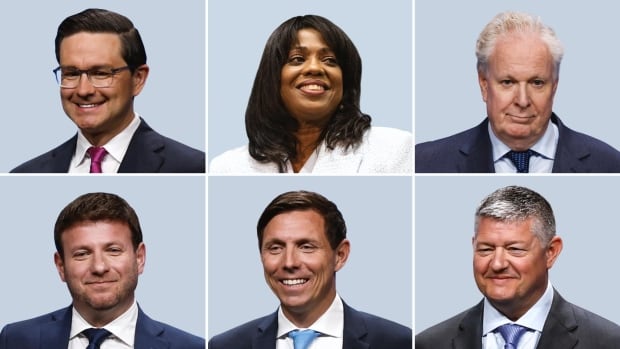 Some conservatives predict it will be the largest number of Canadians to ever join a political party in Canadian history.

Multiple sources from the Conservative Party of Canada say that since the current battle to elect a new party leader, more than 400,000 people have joined the party, renewed their membership or become existing members, giving them the right to join the party. to vote for the leadership. race.

“There is an unprecedented interest in joining the Conservative Party of Canada,” party chairman Rob Batherson told CBC News.

“I think people are very motivated right now in this post-pandemic period. They are interested in politics and in changing things in Canada,” said veteran conservative strategist Melanie Paradis.

Batherson would not confirm the 400,000 figure or disclose the current number of party memberships. The deadline for registering new members to vote in the leadership race is today. Memberships can be purchased online until 11:59 PM ET, while all other new memberships must be received at Conservative Party headquarters by 5:00 PM ET.

Batherson said he doesn’t expect the final count to be confirmed for many days.

“There is a process to challenge names on the list,” he said. “So that’s why we’re not releasing the numbers until well after the deadline, because we want to make sure we get accurate information in the public domain.”

When Justin Trudeau won the Liberal leadership in 2013, the party had 127,000 registered members.

‘There is quite a backlog’

In 2020, the CPC set a record for new and existing memberships in a leadership race – 269,469 in total. Party insiders say this year’s race is expected to significantly surpass that number.

Batherson said he expects the final number to rise sharply in the final days before Friday’s close, as the campaign teams themselves often submit large numbers of new memberships.

“Sometimes campaigns are delayed, so we have to be prepared for a big influx before June 3rd,” he says.

Batherson said the party had to extend its processing hours to nights and weekends to accommodate all new memberships.

Paradis said the party is lagging behind in membership processing. “As a result, there is a considerable backlog,” she says. “I understand it’s now a month-long delay, which is significant.”

Batherson insisted that the party will do everything it can to ensure a new leader is announced on September 10.

With the clock ticking towards the deadline, all six candidates are trying to sign up supporters via social media and in person.

Candidate Pierre Poilievre addressed a huge crowd in Saskatoon on Tuesday evening, encouraging his supporters to get their neighbors, friends and relatives to sign up.

Candidate Leslyn Lewis was at St John’s on Wednesday night. She told CBC News that she continues to see new faces on her travels around the country.

“Several issues arise where people are drawn to those individuals who have the courage to talk about those issues,” she said, citing her opposition to vaccine mandates, among other things.

“Those issues are important to people and we see people from different parties being drawn to candidates who will discuss them.”

Patrick Brown took his message to Montreal on Wednesday night for a dinner hosted by the Muslim community. It was just one of about 20 member sales events that Brown hosts on a daily basis.

“So help me change the political debate in our country,” Brown told the dozens of supporters who had gathered to hear him speak.

On Friday, Brown’s campaign sent a note to supporters claiming that his campaign is on the brink of victory after selling 150,000 memberships.

Jean Charest spent much of his week on social media and on the phone personally.

“Voting efficiency is key. We focused on enrolling new and expiring members on every ride, across all regions.

“We are thrilled with our sale, we have re-engaged and signed up thousands of new members and thousands of people who have been out of action since Harper’s reign.

“We are especially excited to see the involvement of Quebec and Atlantic Canada.”

Campaigns will try to ‘psyche’ each other — Paradis

None of the campaigns would tell CBC News how many new supporters they signed up. But that doesn’t mean they don’t look over their shoulders.

“The teams are always blowing up what they’ve sold to try and boost each other,” said Paradis. “That’s just part of the psychology of this race… you want to motivate your volunteers to keep going and get through to the… last hour and demotivate the other team.”

The next stage of the race starts today. The six candidates and their teams are now switching to persuasion mode, hoping to convince those hundreds of thousands of members to vote for them.

“Honestly, we haven’t really seen what’s going on because they’ve focused solely on selling memberships on the premises to people,” Paradis said.

“Now we’re probably going to see more” [of] what people would see as a traditional campaign.”