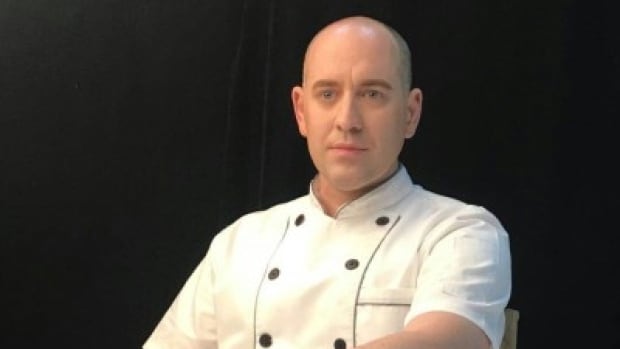 Investigators in Canada and Cambodia are investigating the activities of a Vancouver man arrested for a number of sex crimes against Cambodian children.

The Child Protection Unit, a research group affiliated with the Cambodian Ministry of the Interior and funded by the nonprofit Cambodian Children’s Fund, says 43-year-old Andrew David Eyre, who was arrested last week and charged with aggravated rape of a child and indecent assault.

“The RCMP’s liaison officer in Thailand and the National Child Exploitation Crime Center are further investigating Eyre’s activities in Canada and abroad,” wrote Sgt. Caroline Duval in an email.

“In addition, the liaison officer is assisting the investigation team in Cambodia.”

Eyre, according to a LinkedIn page matching his description, has a job, education and volunteer work at Burnaby.

cpl. Alexa Hodgins with Burnaby RCMP told CBC in an email that Mounties there “previously had files with Andrew Eyre in 2018 in which he was convicted of sex crimes.”

The BC Prosecutor declined to comment on previous convictions and follow-up questions to RCMP received no immediate response.

McCabe says investigators in Cambodia plan to cast a wide net to investigate Eyre’s actions in that country.

According to McCabe, Eyre would have visited a remote community in Kandal province, 75 kilometers outside the capital Phnom Penh.

He claimed to be a doctor and conducted examinations on several children. It is during these investigations that the violations allegedly occurred.

McCabe said the well-being and condition of the children are being monitored.

The Child Protection Unit and the Cambodian Children’s Fund described Eyre as a chef. There is a LinkedIn page online that matches his name, culinary work experience, time spent in Cambodia and approximate age.

The page states that Eyre is currently working in Phnom Penh after a stint in China and several restaurants, catering companies and a golf course in BC

The page also states that he is volunteering at Willingdon Church in Burnaby. A pastor there told CBC that he remembers Eyre from several years ago, but it was unclear to him whether Eyre was a volunteer. Anyway, he had been told there were no problems with him.

The LinkedIn page also lists Eyre as a volunteer culinary teacher at Burnaby Central Secondary School. BC’s Teachers Registry does not state that anyone by his name holds a teacher’s license, nor is there any history of discipline for anyone by his name.

The CBC has so far been unable to get a response from the Burnaby School District.

The allegations against Eyre in Cambodia have not been tested in court.

McCabe says Eyre remains in police custody. If convicted of aggravated rape of a child, he could be sentenced to seven to 15 years in prison. Penalties for indecent assault range from a fine to a maximum of three years in prison.

The US State Department has noted that there are “significant human rights issues” in Cambodia, including concerns about the fairness of the justice system.

McCabe says Eyre has been given a lawyer and will receive a fair trial, including access to consular support.

“He will get the rights under the justice system, which is a pretty strong system,” McCabe said, adding that Eyre has not provided an explanation for his alleged actions.

Global Affairs Canada says it is aware of a Canadian detained in Cambodia and is gathering more information.

Although Cambodia is known for its incredible culture and natural beauty, it struggles with crushing poverty and the legacies of the civil war and the Khmer Rouge dictatorship and genocide.

Cambodia has long been known as a destination for ‘sex tourism’. Exploitation of minors has been recognized as a problem by multiple agencies in that country and beyond, including the United Nations.

However, McCabe believes that things have improved over the past 10 to 15 years.

“The efforts of the international community and the Cambodian National Police and the Cambodian government to eradicate child sex tourism have been very successful and for that they should be applauded,” he said.

McCabe adds that if Eyre were convicted in Cambodia, he could also face prosecution in Canada if he returned to this country.