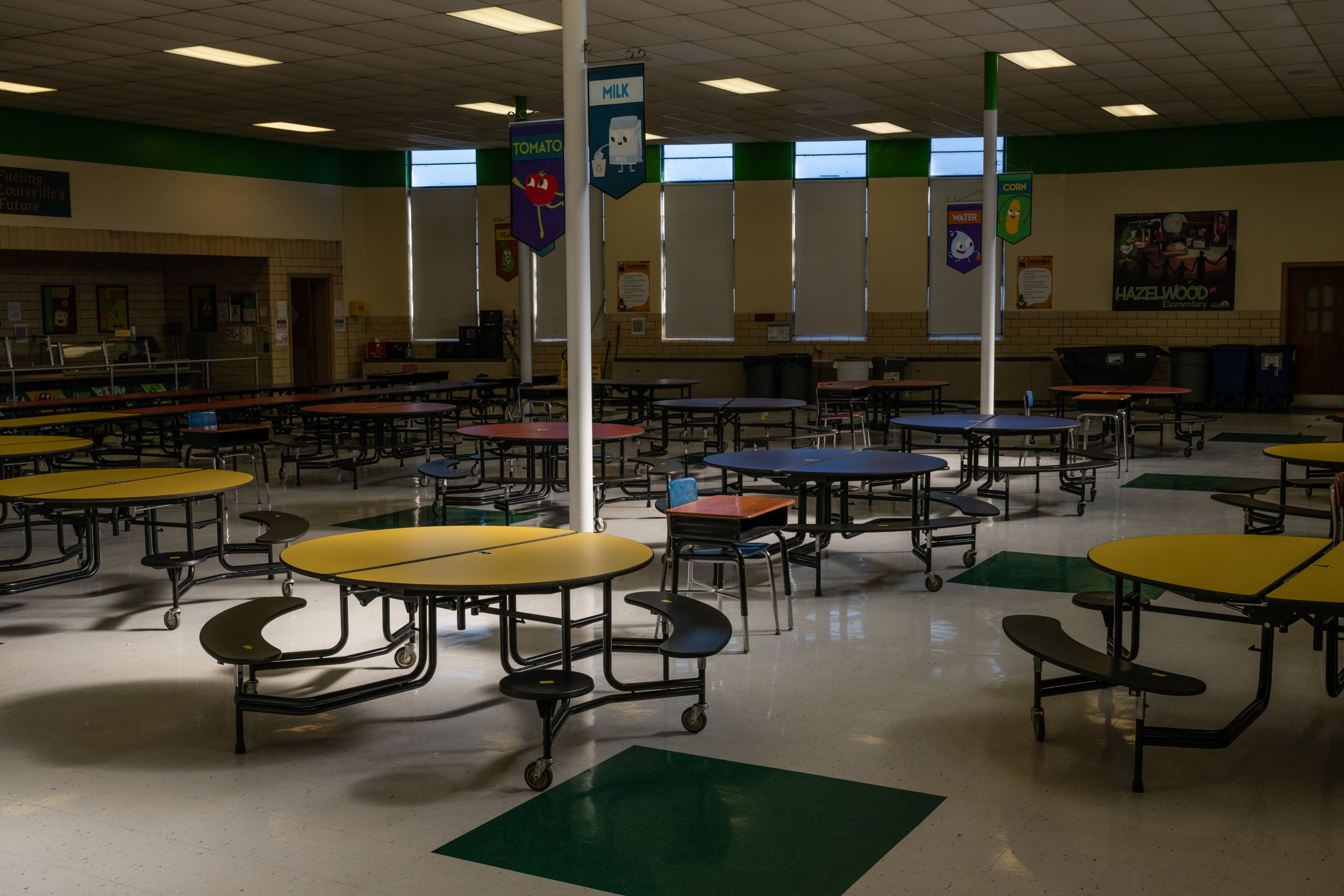 A father’s heated response to his daughter’s school for arranging the contents of her lunchbox has struck a chord with online parents.

School lunch has long been a place of tension between parents and educators. Several years of reports in the US show that students from low-income families can be publicly “ashamed” of overdue school meals, including stamping their hands or arms, dumping their food in the trash, or giving them cold, partial meals. instead of a hot lunch.

During the COVID-19 pandemic, child hunger in the United States increased as schools closed and children who depended on school meals became stranded. After schools reopened, they struggled with depleted food supplies and staff shortages in the cafeteria due to the ongoing ripple effects of the pandemic.

On top of these hurdles, many parents express frustration at their children’s lunchboxes being arranged by school staff. Ross Hunt, who runs a wax melting business in Wales, UK, has gone viral for his heated reaction to his daughter’s school.

Hunt shared his story in a TikTok video on May 27, which garnered more than 445,000 views. He explained that his daughter Isabelle had been disgraced by a cafeteria worker for the “unhealthy” snacks in her lunch box.

“‘Oh don’t eat that, eat your sandwich, you shouldn’t have that,'” Hunt quoted, posing as the staff.

The father also told news week that the staff instruct the students to eat their food in a certain order. “All we want is for our daughter to eat in the order she wants,” he said.

In his video, Hunt called the rules “f**king annoying” and said they “stopped Isabelle from taking her lunch with her”.

He also pointed to the hypocrisy of the school, which itself provided candies to students. “It’s okay if you eat the chocolate cake at school, kids do, but if you put one in their lunchbox, they’re like, ‘Oh no, you can’t.'”

In response, Hunt taped a label to the inside of his daughter’s lunch box.

“Welcome to Isabelle’s lunchbox,” said the large printed message. “We are aware of the contents of this box and are happy that Isabelle can eat whatever she wants.”

Hunt said he was tempted to “ram it full of candy” but was content with a bag of Rainbow Drops candies packed along with fruit.

“Stop telling kids what they can and can’t eat and let the f**king parents decide,” he concluded his tirade.

In a follow-up video with 678,000 views, Hunt showed the contents of the lunch box his daughter took home. Her candies were untouched, he said, because she was only allowed to eat them if she had her carrots first. But the carrots were also untouched, he showed.

“These are the carrots. She didn’t want to eat these because they fell on the floor. What do you want her to do?’ he asked.

Hunt said Isabelle had eaten some of her apple, but her chips, pear, and chocolate egg were all uneaten because she “didn’t have time.”

“Of course she got in the car and was immediately hungry,” the father snorted.

Hunt received an outpouring of empathy from parents who said they were outraged by the same rules in their children’s schools.

“I was shocked when this happened at my son’s daycare,” one parent wrote. ‘It makes me furious. I packed it. And what if that food is all we got from the food bank?’

“It’s a nightmare,” agreed another. “They promote healthy eating, but my kid comes home and says they had pizza and chips and some cake, so what part of that is healthy?”

A third viewer wrote: “This literally turns me on! Kids have their own opinion and can choose what they want to eat! You obviously approved everything!”

Hunt told news week the staff had not yet responded to his note in the lunch box.

“We’ll talk to the school on Monday,” he said. “We hope we don’t have to escalate it further.”