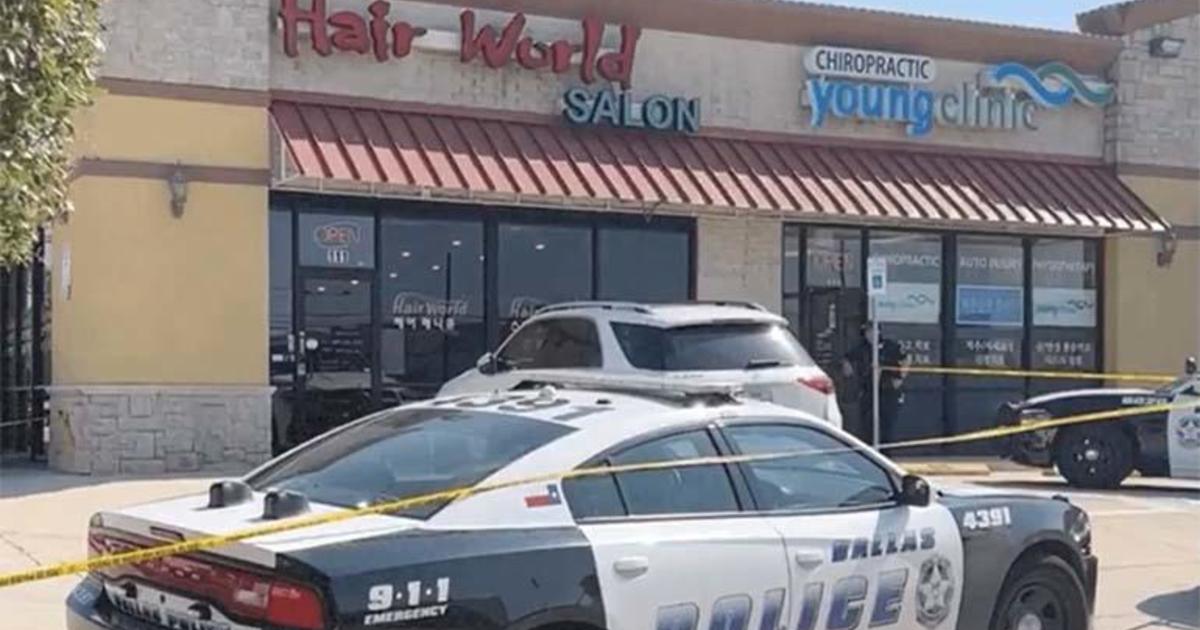 DALLAS (CBSDFW.COM) The Dallas Police Chief made a startling face today and now says the shooting of three employees of a hair salon in an Asian community could very well be a hate crime.

That revelation has added a greater sense of urgency to find who is responsible for Wednesday’s attack.

We learned today that the person who opened fire on three hair salon employees this week is responsible for two drive-by shootings here since last month, raising the possibility that these are targeted hate crimes.

Business was brisk today in the shops around the Korean Market on Royal Lane.

That’s despite disturbing news that a gunman who shot three people in nearby Hair World this week has fired his weapon twice in the area since April 2.

It led Dallas police to suggest that the motive of the well-disguised gunman driving a maroon minivan could have been aimed at Asians.

Dallas Police Chief Eddie Garcia announced that police are more visible in the area. ‘There is no place for hatred here. And once we see that, we’ll take action. We need to get this person into custody.”

He also plans to take other measures in case the violence is fueled by hatred. “As a matter of great caution, we have reached out to our partners to make them aware of the potential connection and request their assistance. This includes the FBI and affiliated industries of the Joint Terrorism Task Force.”

We spoke off-camera with a number of Asian Americans who frequent this shopping complex and they welcome the extra police presence but say they will continue to come here to shop.

Dallas Mayor Eric Johnson released a statement on May 13:

“I want our city’s Asian-American community—which has been horribly affected by increasing vitriol in recent years—to know that the city of Dallas and the people of Dallas are behind them. There is no place for hatred in our city. This shooter must be quickly arrested and prosecuted to the fullest extent of the law.”

The gunman is described by police as a 5’7 to 5’10 black man, of thin build with medium length curly hair and a beard.

The Dallas Police Department is asking anyone with tips to contact Detective Timothy Johnston, #8977, at 214-671-3523 or via email.

Tips can also be submitted to Crime Stoppers at 214-373 TIPS. Information leading to an arrest and indictment may receive a $5,000 reward.

JD is an award-winning reporter who has been covering North Texas for CBS 11 since 1996.