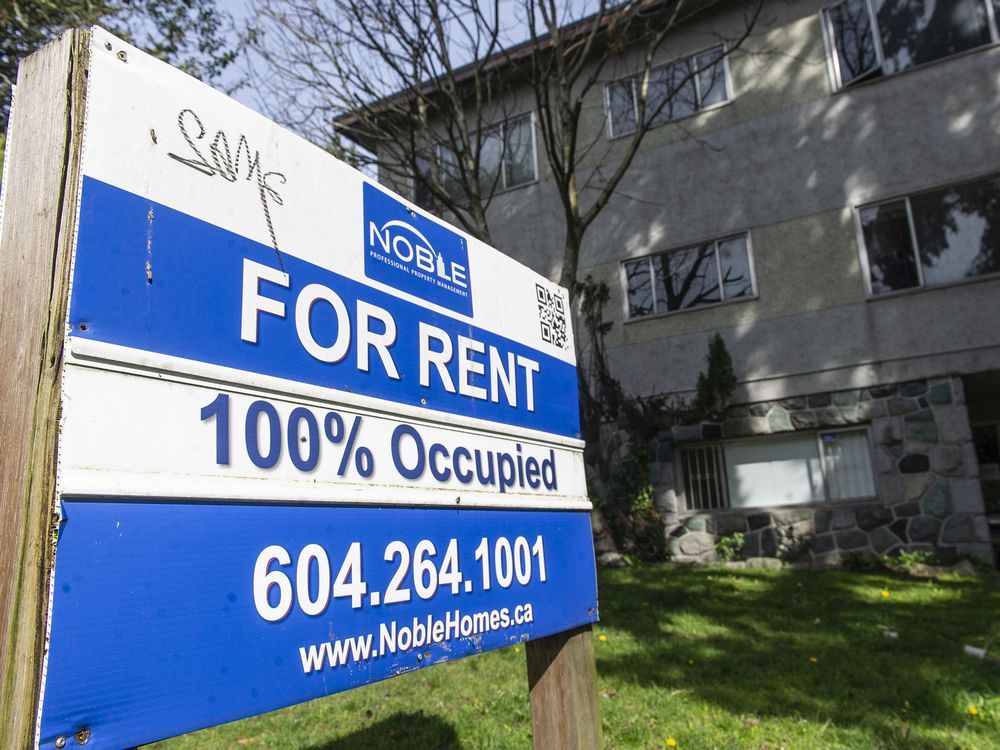 With the Vancouver City Council considering adding significant density to the Broadway corridor along with the subway line now under construction, Mayor Kennedy Stewart says he wants to make sure redevelopment doesn’t force tenants out of their neighborhoods.

On Tuesday, Stewart announced his plan to introduce what he called “the strongest tenant protections in Canada” to ensure that when old apartment buildings are redeveloped, existing tenants can move into a home in the new building without increasing their rent.

A draft of the Broadway plan was released in March, and the final version is expected to be submitted to City Council for a decision later in May. At City Hall on Tuesday, Stewart told reporters: “As it stands, I don’t feel the draft plan presented earlier this year provides adequate protection for tenants, and I will table amendments to ensure it does. “

The Broadway plan design appears to transform the 500-block area along the subway, from Clark Drive west to Vine Street, considering building heights ranging from six-story apartment buildings on lower-density side streets to 40-story towers around transit stations. City Hall says the plan aims to increase the population of the Broadway corridor from about 78,000 residents to a staggering 128,000 over the next 30 years.

However, there are concerns that the development could lead to the demolition of older apartment buildings, which provide relatively more affordable rental housing, and the displacement of the people who live there.

The draft plan includes compensation for tenants affected by redevelopment, including the right of first refusal to occupy the new building at a 20 percent discount on average market rents for the entire city. Developers would also have to pay to move the tenant into temporary housing while the new building is under construction, and increase their interim rents during that period.

But when you consider how much rents have risen in recent years, even a 20 percent discount on average rates could still be much more than what a longtime tenant paid before their building was redeveloped. It can also be much more than they can afford.

So Stewart proposes that, instead of a 20 percent discount on the average rent, tenants could move into an apartment in the new building at the same rent they paid before the property was redeveloped.

Tenants can also choose not to move to the new building and instead opt for a cash payment from the developer, based on their rental period. For newer tenants now paying high rents, Stewart says his proposal could mean they actually pay lower rents in the new building.

“The bottom line is that no tenant along Broadway is going to see their rents rise as a result of redevelopment,” Stewart said.

When asked if he eventually wants to bring this type of tenant protection outside of Broadway to other parts of the city, Stewart replied that he would, adding: “If we do it right, all the tenants in the city would breathe a sigh of relief if these measures were taken.” have been placed, which I will fight for.”

In 2019, when the Vancouver City Council passed tougher protections for tenants facing redevelopment, some landlord advocates opposed those changes, arguing that too strict tenant protections could have the unintended consequences of hindering much-needed rental housing construction.

On Tuesday, Stewart praised City Hall’s large surge in rental approvals in recent years. He said he has spoken with development industry figures who broadly support the direction he proposes, and he believes redevelopment projects could still be viable even with the stronger protections of new tenants.

Stewart has generally spoken positively of the Broadway plan, but had also previously indicated that he would try to push for stronger tenant protections. In March, shortly after the release of the most recent draft plan, Stewart told me he believed the draft plan was “close” to the correct densities and land use, but he had “some concerns about tenant protection.”

“Do they go far enough? I’m still chewing on that,” Stewart said in March. “We have to make sure that no one is driven from their vicinity.”

Even if the council approves the Broadway plan and Stewart’s proposed tenant protections, it remains to be seen whether this policy will work as intended, or whether it could in fact prevent these properties from being redeveloped.

A demonstration against the Broadway plan was staged outside City Hall on Saturday.

A flyer promoting the rally urges residents to oppose “Town Hall’s plan to turn our city into a metropolis of skyscrapers and transit hubs.”

Speakers at Saturday’s meeting will be Bill Tieleman, president of communications and lobbying firm West Star Communications, who has emerged as an outspoken critic of Stewart and most of the council.

But aside from his skepticism about Stewart’s proposal, Tieleman said that even if it were possible that the mayor’s plan would work and any temporarily displaced tenant could return to a new unit in a new building at their old rent, he would still not support the plan.

“It’s in exchange for accepting a dramatic, radical” change in these neighborhoods, said Tieleman, who lives in a flat in Kitsilano just west of the Broadway plan area.

The Broadway plan will have huge implications for Vancouver’s future, Tieleman says, and voters heading to the polls for the Oct. 15 municipal election should make their views known. Tieleman said there was only one mayoral candidate: TEAM for a livable Vancouver Coun. Colleen Hardwick – seems to reflect his views on what’s best for the future of Broadway and the wider city.

“I don’t want to see a Broadway corridor that has 20 to 40 floors all along, it’s going to be a concrete gap,” Tieleman said. “That’s not a suitable development model for the city … and if people think it is, then I think they should make a decision in October.”