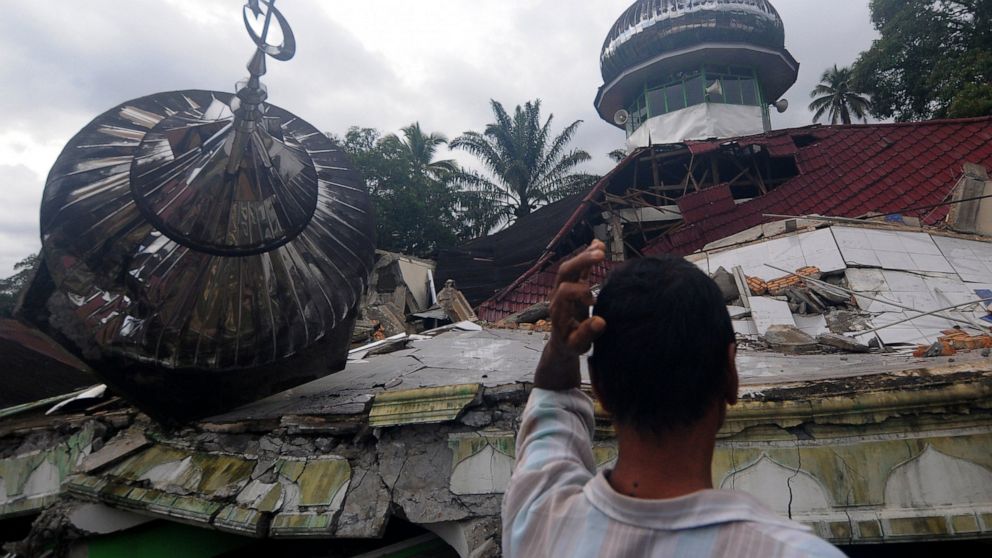 Rescuers on Indonesia’s Sumatra island have retrieved more bodies from a strong earthquake two days ago, raising the death toll to 11 while another 400 were injured and thousands displaced

JAKARTA, Indonesia — Rescuers on Indonesia’s Sumatra island retrieved more bodies Sunday from a strong earthquake two days ago, raising the death toll to 11 while another 400 were injured and thousands displaced.

The body of the latest victim was recovered from the rubble of homes toppled by the magnitude 6.2 earthquake that shook West Sumatra province on Friday morning, said National Disaster Mitigation Agency spokesperson Abdul Muhari.

Six people died in Pasaman district and another five in neighboring West Pasaman district, he said. Rescuers were still searching for four villagers believed to be buried under tons of mud that tumbled down from the surrounding hills in Bukit Lintang village in Pasaman.

Nearly 400 people were injured by the earthquake whose tremors were felt as far away as Malaysia and Singapore, and about 42 people were still receiving treatment, Muhari said.

More than 13,000 people fled their homes to temporary shelters, and over 1,400 houses and buildings were damaged, Muhari said.

Indonesia, a vast archipelago of 270 million people, is frequently struck by earthquakes, volcanic eruptions and tsunamis because of its location on the “Ring of Fire,” an arc of volcanoes and fault lines that arcs the Pacific.

The last major 6.2 magnitude quake was in January 2021, when at least 105 people died and nearly 6,500 were injured in West Sulawesi province. A powerful Indian Ocean quake and tsunami in 2004 killed nearly 230,000 people in a dozen countries, most of them in Indonesia.