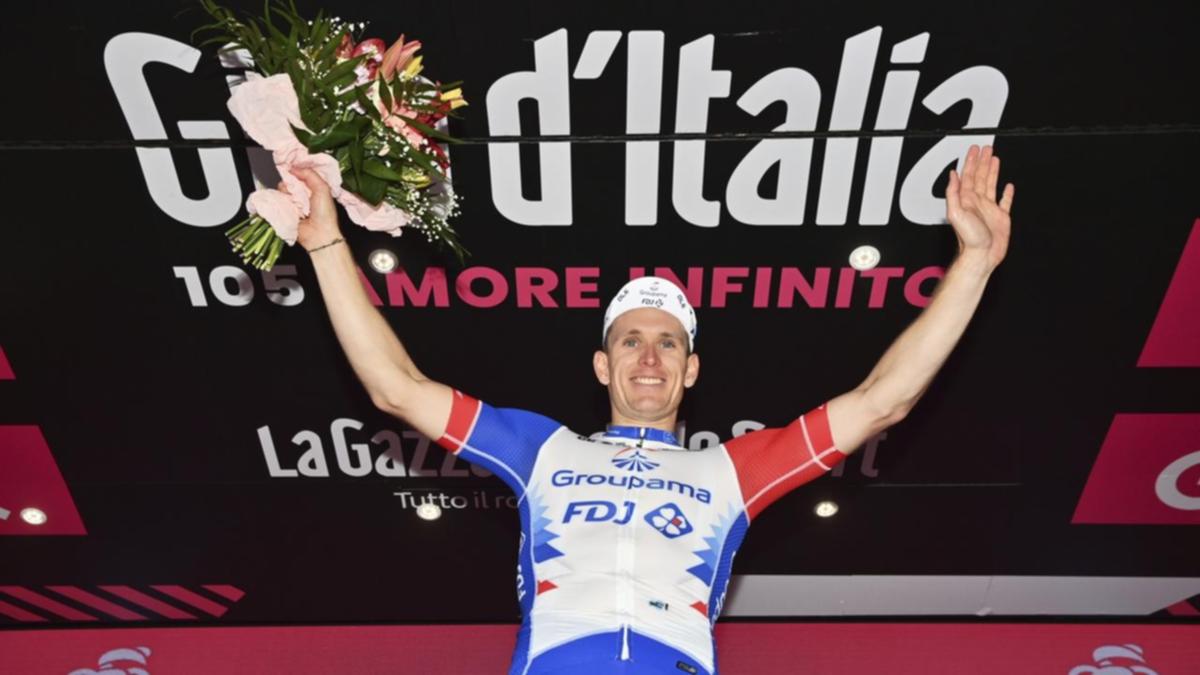 Frenchman Arnaud Demare has driven through a packed field to win the fifth stage of the Giro d’Italia, a 172 kilometer stage from Catania to Messina.

British sprinter Mark Cavendish, who wanted to win his second stage of this year’s Giro, and his Australian rival Caleb Ewan fantasized about leading the way on Wednesday’s Sicilian stage but were dropped on the only climb of the day before the largely flat route approached Messina.

The peloton then pulled away after the second category climb to Portella Mandrazi and, with Cavendish and Ewan out of the fray, a huge group formed at the front with 10 kilometers to go.

Victory was up for grabs, with Groupama-FDJ putting Demare in position for a tight final corner.

Young Juan Pedro Lopez, who came of age on the volcanic slopes of Etna on Tuesday and became the first Spaniard since Alberto Contador in 2015 to take the pink jersey, retains his place at the top of the general classification after crossing the line 58th. came to Messina.

Leaving Sicily, the Giro then heads to mainland Italy, with Thursday’s sixth stage, a 192km run from Palmi to Scalea and another that should favor the sprinters.