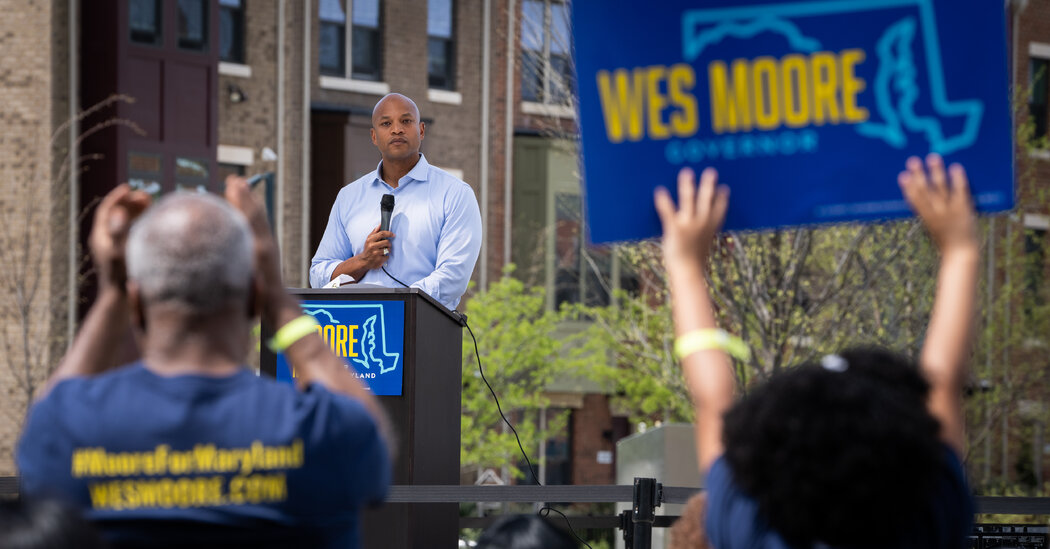 Eugene Tetteh, 51, was one of Moore’s supporters who said in an interview that public safety was a top priority, along with education. Mr. Tetteh, who lives in suburban Howard County but does business in Baltimore, said he was alarmed at how “overwhelmed” the city’s police seemed. Young people, he said, were especially vulnerable on disorderly and dangerous streets.

“There must be more to these kids than that,” he said.

Todd Scott, 59, a voter at Mr Moore’s meeting, said he wanted the next governor to take a comprehensive approach to fighting crime and its root causes. Scott, an official with the state housing department, said he admired outgoing Republican governor Larry Hogan, who has fought for police funding and clashed with local Democrats who dislike what they see as his heavy-handed style.

“The main focus in keeping our city and state where it needs to be is crime,” said Mr. Scott.

He added that fighting crime involves more than incarcerating criminals. “You need to focus on all the issues that lead our youth to crime — housing, that’s education,” he said.

The shadow of defund

In 2020, Democrats faced a barrage of attacks from Republicans who branded them as indifferent to violent crime and tied the party as a whole to a progressive criminal justice agenda, including diverting money from policy departments and curbing the prosecution of small-scale criminals. violations.

A report prepared in 2021 by three major Democratic advocacy groups, including the centrist organization Third Way, concluded that Democrats had spent the last election “stalled on defense” on crime. The party, the report said, needed to “have a proactive narrative about necessary systemic changes in policing that would stop the violence while still prioritizing and providing public safety.”

Biden has highlighted public safety funding in the American Rescue Plan, his $1.9 trillion dollar emergency response bill for the coronavirus, which has allocated huge sums of money to state and local services. Last month, the president held an event with police chiefs urging cities to spend money for pandemic relief on strengthening law enforcement in anticipation of an expected summer peak in crime.